Schoolbooks, colourful images and role play: to fight bullying, a private school in Geneva has chosen the KiVa programme. SWI swisisnfo.ch observed the course in three classes of different age groups to understand how pupils and teachers take part in the activities. 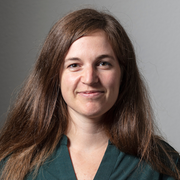 For almost a year now the pupils of the Institut International de Lancy have been following dedicated classes, as part of their school curriculum, that tackle bullying in the classroom and on the playground. The first positive effects of the Finnish method can already be seen, but it won't be until the youngest pupils taking part in the course finish their schooling that an assessment can be made of the impact of the programme on the incidence of bullying.

The KiVa programme was developed at the end of the 1990s in Finland and has been adopted by schools in different European countries. The private school in Geneva is the first institution in Switzerland to integrate it in its curriculum. The teachers have been qualified to train others who might want to use the programme in their classrooms.

The KiVa programme has been structured to accompany pupils throughout their school career. From getting to know and describing emotions to being put in a bully's or victim's shoes, the aims are to help kids develop empathy, allow them to speak openly, and detect potentially harmful behaviour before the situation worsens.

In Switzerland, 10 to 13% of pupils have experienced bullying. Several cantons – which under the federal system are responsible for education matters – have already implemented a method to deal with the issue. The ultimate goal is the same across the country: to allow each and every pupil to blossom in the school environment, without feeling bad about themselves.