The Annecy Festival, the annual event devoted to the animation films, celebrates Switzerland’s output, from pioneering experiments of a century ago and retrospectives of contemporary filmmakers to extended reality (XR) projects. 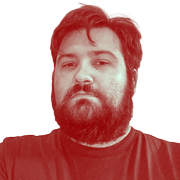 “Swiss animation is livelier and more diverse than ever,” said Marcel Jean, the artistic director of the Annecy International Animation Film Festival, in April when introducing this year’s edition. Under the umbrella programme Switzerland in the Spotlight, the most prestigious animation event in the world not only pays homage to Switzerland, but also include several bits and pieces of “Swissness” throughout a wide range of initiatives. These include retrospectives, public talks and exhibition of rare films that will run during the six days of the France-based festival (June 13-18).

The tribute includes three retrospectives showcasing the works of three contemporary filmmakers: Claude Barras (who won the festival’s main prize in 2016 for My Life as a Zucchini), Marcel Barelli (who is premiering his new short Autosaurus Rex), and Isabelle Favez (who is also competing in the television film category with Giuseppe).

On paper, it’s a selection that emphasizes the diversity of Switzerland: Favez is from German-speaking Bern, Barras is from French-speaking Valais, and Barelli is from the Bellinzona area (capital of the Italian-speaking canton of Ticino).

My Life as a Zucchini put Swiss animated features on the map. But the award-winning feature remains an exception to the Swiss animation industry geared towards financing shorter formats. The Swiss government allocates CHF1 million ($1.2 million) annually for short animation films. Features are financed from a budget dedicated to fiction.

“Funding is a delicate matter when it comes to features,” says Barelli in a Skype interview with SWI.

This year, the Swiss government gave that money to Barras, who’s working on his second animation feature, and for Barelli’s first. “They’re not going to spend the same amount on a third person working on feature-length animation”, says Barelli. And even the existing animation budget will have to increase at some point, he thinks: “There’s at least a dozen students per year making their graduation shorts, and the federal subsidy won’t be enough to cover all of them, as things stand currently.”

The festival also dedicates a programme to an important part of Swiss animation history embodied by Georges Schwizgebel, who has been part of the festival lineup a dozen times over the course of his career. In 2017, he received the Honorary Crystal, and this year his contribution is a cine-concert in collaboration with his son, who regularly accompanies his works with pieces of classical music.

Schwizgebel is also the director of the only two Swiss films that are part of a list which Annecy compiled in 2006, featuring the 100 most important animated short films made in the first century of the artform’s life (the complete list is available hereExternal link). “The highest honour of my career”, says Schwizgebel in an email to SWI.

The Swiss homage is a perfect excuse for yet another visit to a festival that is very dear to the filmmaker. Schwizgebel’s fondest memory, as he reveals via email, is when he first attended as a viewer in the late 1960s and realised he wanted to do animation.

Favez has a similar story: “I first came to Annecy in 1993, and it was quite special because back then you didn’t really have many opportunities to watch animated shorts. I was looking into live-action filmmaking at the time, and attending the festival made me realize I wanted to pursue animation instead.” She also comments on the strength of Swiss animation: “What I like most about the way we approach it, is no single style is dominant. Every filmmaker has their own technique, which makes for a very interesting range of projects.”

Another festival partner is the Swiss Animation Film Group, which curated four short film blocks (one for children, the other three for adults), spanning a century of production from 1921 onwards. Other partners include the two major animation festivals in Switzerland, Animatou (Geneva) and Fantoche (Baden), with one carte blanche each; and the Cinémathèque Suisse (the Swiss Film Archives), with two retrospectives devoted to the pioneers of Swiss animation, Julius Pinschewer and the couple Gisèle and Ernest “Nag” Ansorge.

Frédéric Maire, the director of the Cinémathèque, is also serving on the jury for the main feature film competition. “It’s an honour”, he tells SWI via email. “I’ve always had an interest in animation, both as a critic and as a curator. I wrote a leaflet about Swiss-French productions for an exhibition at the MUDAC in Lausanne, and in 2009 I was one of the initiators, with Carlo Chatrian and others, of the Japanese animation retrospective we did in Locarno.”

As for the tribute to Switzerland, the Cinémathèque does not only contribute with the restored shorts, but also with an exhibition devoted to My Life as a Zucchini, whose puppets and sets are partly stored at the archive in Lausanne.

... and the extended future

Véronique Encrenaz, the head of the MIFA (Marché International du Film d’Animation), which covers the industry side of the event and has over 400 accredited visitors from Switzerland this year, stresses that the future of Swiss animation is also very well represented.

The Geneva International Film Festival (GIFF) brings a selection of five virtual reality (VR) projects in development for a first audience presentation in a programme named Swissxrland. Besides, two new extended-reality (XR) projects will also be on show, Sunset Motel (Gilles Jobin), based on the graphic art of Thomas OttExternal link, and Amazing Monster! (Raphael Penasa and Allison Crank).

As for what the near future holds, Barelli is working on his first feature film, based on the life of the English paleontologist Mary Anning. And if that name sounds familiar, it’s because Kate Winslet recently played her in Ammonite.

The director chuckles at the timing: “No one made a film about her for years, and just when I started working on mine this one came out. I’ve seen it, and I liked it. There is no content overlap with my version, because it’s more about her work and aimed at a family audience.”

Favez also has plans for a feature, but she’s not ready to discuss them yet. “I have an idea, that I’m very keen on”, she explains. “But before I commit fully to the project, I need to make sure the script is solid and worth the time and money we will be spending on the film.”