In terms of biodiversity, Switzerland is doing very badly, finds the head of conservation biology at the University of Bern. To remedy this, he believes that politicians, teachers and ordinary citizens need to make more of an effort to appreciate nature.

When I meet him, Raphaël Arlettazexternal link is wearing two shades of green: forest and olive. Cut-outs of birds populate the tidy bookshelf in his office. One is the hoopoe, a species he began studying when he was 17. Thanks to a restoration project Arlettaz launched in the 1990s, the Swiss population exploded – a big success in species conservation.

Today, in addition to his position at the University of Bern, the 55-year-old co-supervises the field station of the Swiss Ornithological Instituteexternal link in the Valais Alps. Arlettaz’s countenance is cool and calm, but my first question – intended as a general warm-up – ruffles his feathers. I ask him how Switzerland is doing in terms of biodiversity.

“Very badly!” he thunders. “We were one of the last countries in the western world to adopt a strategy for biodiversity conservation following our commitment to the Rio conference in 1992. It took us more than 20 years, which is a shame for such a developed and rich country!”

Switzerland did poorly in the European Environment Agency’sexternal link most recent state of the environment report. With just 6.5% of its land set aside as a protected area, it came in last among the 38 countries covered by the report.

However, Arlettaz says things are at least better than when he was a schoolboy learning about wildlife.

“Then we had two categories of animal: the useful animals, and the detrimental animals. It was absolutely awful! There have been lots of improvements in the way we tackle biodiversity issues, but we should educate people even more about nature.”

Arlettaz sees the need for more outreach activities to explain what it means to have a predator in the ecosystem. Take the wolf, for example, which is making a comeback in Switzerland, and regularly making headlines whenever it kills sheep, and whenever authorities talk about watering down its protected status.

“A predator is not only eating prey. When predators limit the population of animals grazing the vegetation, then you have a positive aspect of biodiversity which should be considered,” he points out, also noting that predators affect the evolution of their prey. He turns the table and sends a few questions my way.

“Why do red deer have such long legs and big ears? Is it because they don’t like to have grass tickling their bellies? And do they have big ears just for listening to alphorn music?” he asks before explaining that these features are adaptations to avoid the wolf, with whom red deer co-evolved. Removing predators means suppressing a factor of evolution.

In 2016, wolves killed 389 sheep, goats and other farm animals. Of these, 217 attacks – nearly 56% – took place in canton Valais. Now there’s a popular initiative to make Valais a wolf-free zone. Arlettaz, a Valaisian himself, is dismayed.

“This is absolutely crap and it shows the low level of education of some people in Switzerland. It's amazing that such a rich and developed country still has such mentalities in some corners of our very deep valleys. Even the wolves and the lynx have a role to play in nature,” he insists.

Switzerland’s varied topography gives it great biodiversity in terms of flora and fauna, but as Arlettaz points out, the problem is its small size, which means the plant and animal populations are small. Of these there are many mountain species, as the Alps account for roughly 65% of the Swiss landscape.

In terms of emblematic Swiss species, Arlettaz names the ibex and the bearded vulture, which was reintroduced a few decades ago and is now thriving. Then there’s the alpine salamander, the chamois and the marmots, which are popular with tourists.

Return of the bear?

A predator that isn’t playing much of a role in Switzerland these days is the bear. From the Middle Ages to the 18th century, there were bears all over Switzerland. But the last wild one was shot down in Graubünden in 1904.

Today there are about 50 bears living in the Italian, Austrian and Slovenian Alps, where the conditions are generally perfect for them, says Arlettaz. Like wolves, they can benefit from the recovery of species like deer, chamois and ibex. The only problem is people’s lack of tolerance. “As soon as you have damage or an encounter between humans and a bear, this generates fear.”

The few bears that have crossed the Swiss border have been hunted down and killed because they were considered a threat. Yet Arlettaz, passionate in his defence of predators, remains optimistic.

“I hope we’ll find ways of coexisting with the bear. If the Italians can, the Swiss probably can. The same applies to the wolf. The Italians have always had wolves in the Apennine Mountains. It seems that now the French can more or less coexist with the wolf, too.”

In contrast to Switzerland, the wolf never became extinct in Italy, where the all-time low was about 100 animals in the early 1970s. Today the population is closer to 1,800. The wolf has also been making a comeback in France since the early 1990s. The potential for human-wildlife conflict is higher in the Swiss Alps, which are more densely populated than the mountains in Italy and France.

‘Everybody could do that’

Asked whether he has any favourite species, Arlettaz names a few, including the bearded vulture, a big raptor which was exterminated from the Alps at the end of the 19th century. Starting in 1986, they were reintroduced in Austria, Switzerland, Italy and France; now there are roughly 200 in the Alps, and the population is doing well.

“It’s fantastic to observe them because they are very curious – sometimes they fly five to ten metres above your head! Can you imagine a bird with a three-metre wingspan flying so close? I think every Swiss should experience this once in his life, and he will never forget what a bearded vulture is.”

And what about a particularly memorable encounter with an animal? Expecting to hear about an expedition discovery, I’m surprised when Arlettaz shares a story just a few hours old.

Early that morning, he had driven to a nearby gorge to look for eagle owls – the world’s largest nocturnal bird of prey. He spotted one on a rocky outcrop at 7:15am; ten minutes later, a second bird arrived.

“It sat on the back of the first bird and there was a copulation. They remained for a while and then the male left. The female stayed until 7:35am, and then she went to a niche in the cliff,” he recalls, his eyes sparkling.

Arlettaz thinks that everybody should make more time for appreciating nature – even if just for a half hour before going to work.

“We have to teach people to enjoy nature more than they usually do.”

You can hear the rest of the conversation with Arlettaz in this podcast:

With only 6.5% of its land set aside as protected area, Switzerland occupies last place out of 38 European countries in the latest State of the ...

Switzerland is hoping to clear its tarnished environmental protection record by rolling out public awareness events to mark the 2010 Year of ... 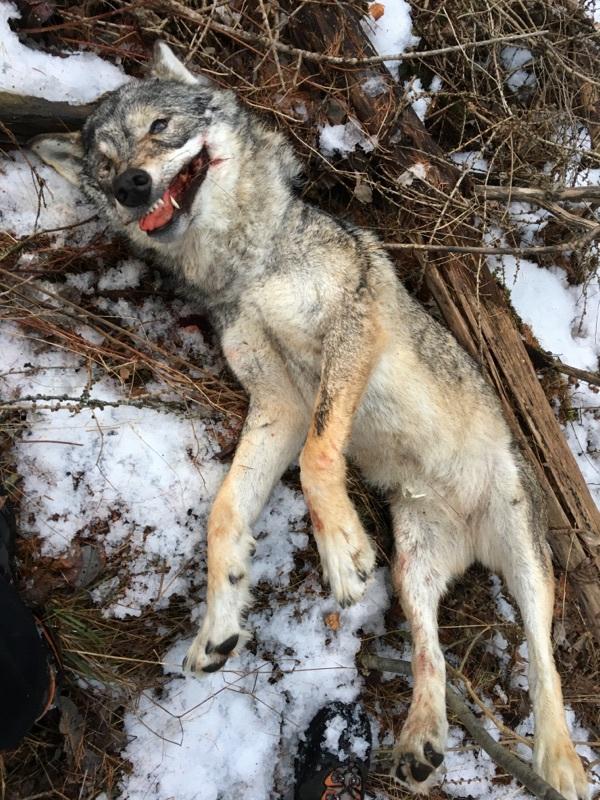 A female wolf is dead in canton Valais after been shot without the permission of the wildlife authorities.

A remote and unspoiled area of the Alps is struggling to strike a balance between its livestock and native flora and fauna, as too much of one or ...

By Peter Siegenthaler on the Engstlenalp

While debating what to do with wolves is relatively is easy, it’s much harder working out their movements and exact numbers. Enter the geneticists.