The internationally-known Swiss artist was born on May 22, 1925 in Fribourg, Switzerland, and would have been 92 today. He was most famous for his unusual sculptures with moving parts. Often cheerful and playful, they also sometimes showed a touch of melancholy. 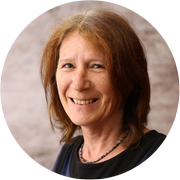 Tinguely, also known as Jeannot, grew up in Basel. He trained as a shop-window decorator, and used wire figures early on in the displays for the department store where he worked.

He first started to make moving sculptures in 1954. Over the next years, his art works gained him an international reputation: a huge self-destructing mechanical sculptureExternal link in the garden in the Museum of Modern Art in New York (1960) had a big impact.

From the end of the 1970s water became ever more present in his works. Later, Tinguely included animal material, such as bones and skulls. Light was also a theme, such as in his LuminatorExternal link from 1991, his last major work.

Tinguely was married to the artist Niki de Saint PhalleExternal link – his second marriage – and is buried in Neyruz, canton Fribroug, where he lived for many years. His grave features a kinetic sculpture. He died on August 30, 1991, at the age of 66.