A week after his disappearance from a Swiss town, a 12-year-old boy has been found at the home of a 35-year-old man in Düsseldorf, Germany. The two met online while playing an internet game.

The boy vanished on June 18 after telling his parents he was taking a bike ride near his home in canton Solothurn. When he didn’t return for dinner as planned, his parents alerted the police. According to the child's classmates, he had been counting off the days until June 18, saying that they wouldn’t see him after that.

Over the past week, missing child alerts in the Swiss media gave descriptions of the “High German-speaking” boy, who is originally from Germany. His bicycle was found in a neighbouring town on June 21.

Police in Switzerland and Germany teamed up for the investigation, which also involved the US Federal Bureau of Investigation (FBI)external link. According to Urs Bartenschlager, head of Solothurn’s cantonal policeexternal link, “The FBI was able to help us answer some questions”.

A special German police unit arrested the man after storming his Düsseldorf apartment at 1:30am on Sunday. On Monday, the German authorities announced that the arrest was made under suspicion of sexual abuse of a minor and false imprisonment. They also said that the man had been in possession of child pornography.

During a media conference the previous day, Bartenschlager confirmed that the boy had been keeping a tally sheet to mark the days before his departure. They also said that he had been in contact with the 35-year-old stranger for at least a month, and had been playing an online game intensely.

It’s unclear how the boy reached the German apartment, or whether he was there voluntarily. He and his parents have been reunited in Düsseldorf, and a care team will counsel them after their return to Switzerland.

Searches for missing people in Switzerland fall under the responsibility of cantonal and local police.

Police only go public in urgent cases (e.g., minors or suspects) or if there’s a risk to the person concerned (e.g., a suicide risk). According to Missing Children Switzerlandexternal link, more than 25,000 children run away from home every year – some for a few hours, some for a few days, and some forever.

Forces do not go public in cases of people wanted for personal or administrative reasons – this is the work of a specialised search unit of the Federal Police Office. This helps families, the authorities or organisations to find people who have been missing for some time or from whom there has been no contact.

Around 5,000 people go missing in Switzerland every year – the most recent high profile case being that of the twins Alessia and Livia, abducted ...

Around 2.3 per cent of young Swiss people are addicted to online games and other forms of internet activity. This was “not alarming”, according to ... 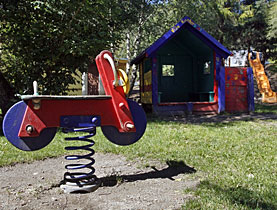 Parliament has voted to introduce a mobile phone photo alarm system for missing children who are feared abducted. The system is said to be the ... 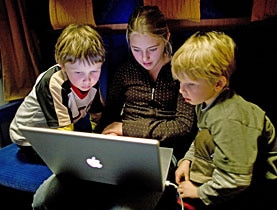 A Swiss crime prevention specialist says parents are often unaware of the potential dangers their children face who reveal personal information in ...

Kidnapping alert to be sent by text message

Police can now send text messages to alert the public shortly after a child has been abducted, it has been announced. The move, revealed on ...