A two-week paternity leave would give fathers equal rights and reduce the risk to mothers’ careers, says Senator Maya Graf of the Green Party. She’s calling on voters to approve the paternity leave proposalExternal link at the ballot box on September 27. 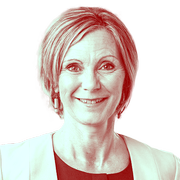 Paternity leave is an urgently needed political step to adapt family policy to the needs of a modern society. With no statutory paternity leave, Switzerland is an outlier in Europe.

Such a step would mean both parents could participate from the start, with housework and childcare duties fairly distributed.

Paternity leave can also help counter labour shortages, since women are not forced to interrupt their careers in order to found a family.

Paternity leave: too costly and superfluous in the midst of a crisis

This content was published on Sep 9, 2020 Sep 9, 2020 Introducing paternity leave while the economy languishes in its worst recession since 1975 would be irresponsible, says Michele Moor from the Swiss...

No tolerance for social imbalances – a majority agrees

It was only 15 years ago that Switzerland introduced a 14-week maternity leave for the first time. The road to paternity leave has been almost as long and obstacle-strewn.

Lawmakers have repeatedly rejected paternity leave as unnecessary. Over time, however, the demands of society have changed. Today, 80 percent of the population is in favour of a statutory framework for paternity leave.

In 2017, a federal people’s initiative, “For reasonable paternity leave – for the benefit of the whole family”, was submitted. It called for four weeks of paid leave.

Parliament responded with a counter-proposal offering two weeks’ paid paternity leave to be taken within six months of childbirth. In response, the committee withdrew its initiative.

Because conservative circles then forced a referendum, this indirect counter-proposal will come to the ballot box on September 27. It is broadly supported – by youth associations and pensioners’ groups, midwives and paediatricians, employees and builders, and politicians from across the spectrum in parliament.

If it succeeds, fathers will receive 80 percent of their gross income for two weeks, whether they are employees or self-employed. The paternity leave will be funded by the same mechanism that pays for maternity leave and for loss of income due to military or civil service.

The cost is estimated at about CHF229 million ($254 million) per year. That equates to an additional 0.06% in wage contributions, to be financed fifty-fifty by employers and employees. This means small and medium-sized companies will be able to operate under the same conditions as big firms that can already afford to offer paternity leave.

Translated from German by Catherine Hickley