Qatar chose Geneva to launch a massive public relations campaign in a bid to secure the World Cup and impose its narrative on sports. From there, the emirate could access FIFA, United Nations institutions, heads of state and diplomats. SWI swissinfo.ch investigated the links between Qatar and the Swiss city. 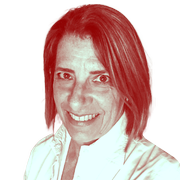 Perched just a few hundred metres above Geneva’s exclusive Nautique sailing club in the posh Cologny neighbourhood, the sprawling residence of the Qatari ambassador to the United Nations maintains a near-level view across Lake Geneva of the UN’s European headquarters.

The acquisition of the 550-square-metre home set on over two hectares of land came a year before then-FIFA boss Sepp Blatter announced, to the surprise of many, that Qatar had won the bid for the 2022 football World Cup. Zurich-based FIFA (Fédération Internationale de Football Association) is the global sports body that controls international football and organises the World Cup.

The oft-played scene of jubilation by the Qataris and surprised reactions from members of competing delegations to that announcement back in December 2010 in Zurich raised certain suspicions among longtime FIFA observers.

Qatar, which does not have a football-playing tradition, faced limitations as a host nation as average summer temperatures there surpass 40°C. The fossil fuel-rich state may have argued the contrary, but holding the sporting event in June and July, when the event normally takes place, was a risky prospect for players.

A bid mired in death and corruption

As Qatar embarked on making the 2022 World Cup bid a reality, reports of abuses and deaths of migrant workers building the infrastructure became a growing liability to the upbeat narrative the gas-rich country was eager to project. WorkersExternal link from impoverished communities in south and east Asia were often denied wages, forbidden from changing jobs, and unable to freely leave the country. Some foreign workers also faced harsh punishment for criticising the system.

A 2021 investigation by The GuardianExternal link newspaper found that at least 6,700 migrant workers died in Qatar between 2010 and 2020, as the country readied itself for the sporting event. However, it is unclear how many of these workers were employed on World Cup construction projects. Qatari authorities say that 37 workers have died while working on tournament building sites, with only three of these deaths resulting from a work accident. For its part, the Geneva-based International Labour Organization (ILO) conducted what it calls an “in-depth analysis”External link of work-related deaths in Qatar and concluded that 50 workers died in 2020, over 500 were seriously injured, and 37,600 suffered mild injuries – and all mainly in the construction industry.

Corruption investigations into the bidding process also got under way. In late 2021 the United States Department of Justice saidExternal link a number of FIFA officials had received bribes to vote for Qatar in 2010.

And in France investigations are ongoing into a meeting between former president Nicolas Sarkozy, the former president of the European football federation UEFA, Michel Platini, and the Qatari emir days before the successful bid. The allegation is that economic benefits were obtained in exchange for a French vote. No charges have been filed.

Less than a month before the World Cup kickoff, Tamim Bin Hamad Al-Thani, the emir of Qatar, described the event as a “major humanitarian occasion” in a speech to the Shura council, the legislative body. He condemned criticisms of Qatar as “fabrications”.

Internal “feasibility studies” by the world football body went on to determine that the tournament would not be viable during the regular summer slot. Nonetheless, the kickoff was confirmed for late November-early December 2022, to the despair of European tournament organisers and fans alike.

The United States and the United Kingdom, which had bid for the 2018 and 2022 World Cups together with Korea, Japan and Australia, had long been rumoured to be among the favourites. But intense lobbying by Qatar, FIFA’s arguable penchant for supporting authoritarian rule over democracy to get the job done, and hosting in a region where the sport could still grow, all ran in the emirate’s favour. Jérôme Valcke, FIFA’s former secretary-general, admitted in 2013 that “less democracy is sometimes better for organising a World Cup”.

He has since been convicted in Switzerland for accepting bribes. Subsequently, investigations in the US and Switzerland culminated in 2015 with the revelation of a massive corruption scandal at FIFA, followed by arrests of high-ranking officials and an end to Blatter’s term.

Despite winning the bid, Qatar’s reputation as a credible and transparent sports host was severely damaged. Its reputation only worsened as the country eagerly embarked on a quest to make the World Cup bid a reality. Reports by human rights groups of abuses and deaths of migrant workers building the infrastructure for the World Cup became a growing liability to the upbeat narrative the country was eager to project.

Even before the bid, Qatar, aware of its poor international image, looked to ramp up support among sport organisations, heads of state and diplomats. It chose Geneva as a location to lead a vast public relations campaign.

This three-part investigation shows the lengths to which the emirate went to whitewash its reputation, and the role Geneva played in this marketing stunt.

This content was published on Nov 10, 2022 Nov 10, 2022 In choosing Geneva as a hub to implement its foreign policy, Qatar gained access to NGOs, the UN and FIFA.

ICSS: Sports at the service of state security

This content was published on Nov 10, 2022 Nov 10, 2022 From the start, the agenda of the International Centre for Sports Security was tainted by a lack of transparency and links to Qatar.

This content was published on Nov 10, 2022 Nov 10, 2022 The Sports Integrity Global Alliance (SIGA) is another mitigated Qatari effort to boost its reputation.

This article was amended on November 17 to provide additional information on the number of migrant workers thought to have died in Qatar.