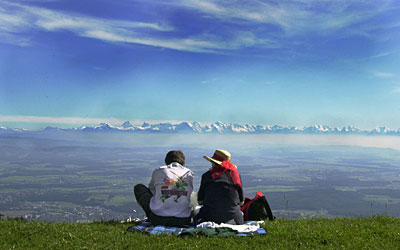 The Jura, the Plateau and the Alps

Switzerland is... the Jura: a curving, limestone, fir-covered mountain range. The Plateau is a long stretch of arable land on which two-thirds of the population now live. The Alps cover two-thirds of the country and are a kingdom of rocks, ice... and champagne, at least in exclusive resorts such as Gstaad, St Moritz, Verbier and Crans-Montana. (imagopress) 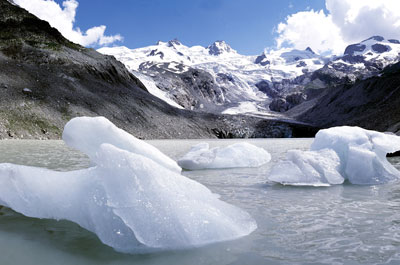 Switzerland covers 41,285 square kilometres and is the catchment area for five major rivers: the Rhine (flowing towards the North Sea) and the Rhone (towards the Mediterranean) as well as the Danube (towards the Black Sea), the Po and the Adige (towards the Adriatic). Not content with its title of "the water tower of Europe", Switzerland has also conquered the oceans thanks to Alinghi! (swiss-image) 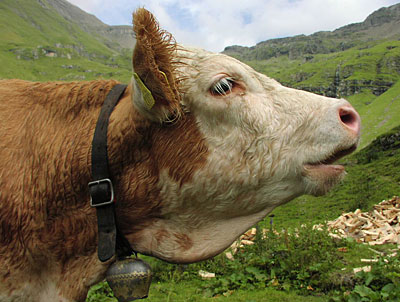 What have fondue and chocolate, those popular Swiss clichés, got in common? Yup, milk. And therefore cows, yet another cliché. But among the clichés one discovers the truth: Switzerland was a land of farmers before the Industrial Revolution (and even afterwards) and rural traditions are still strong. (swissinfo/A. Thoele) 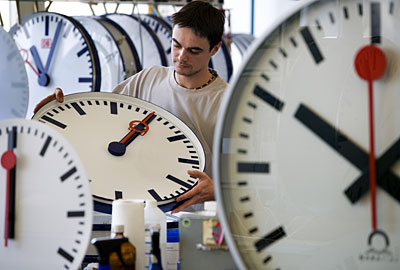 The Swiss watch industry was born in Geneva in the middle of the 16th century. It then spread northwards along the Jura mountain range reaching cantons Vaud, Neuchâtel, Bern and Basel, where countless farmers topped up their income by turning into watchmakers at night. After a crisis in the 1970s, Swiss watchmaking has since clawed its way back to the top: 600 businesses and 45,000 people currently work in the sector. (Keystone) 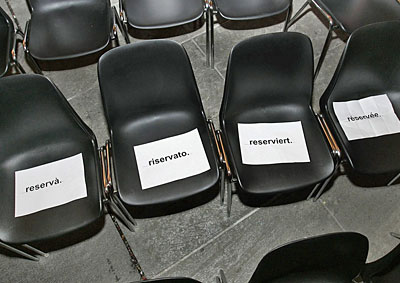 Switzerland is a real Tower of Babel. Four national languages are shared between the country's 7.5 million inhabitants: German – in the guise of a multitude of dialects which differ from place to place – is spoken by 63.7 per cent of the population, French by 20.4 per cent, Italian by 6.5 per cent and Romansh by 0.5 per cent, or around 35,000 people. (Keystone) 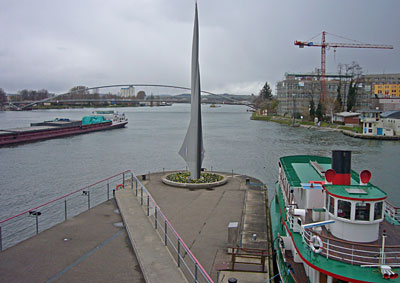 Switzerland shares borders with five countries: France, Germany, Italy, Austria and Liechtenstein. It lies on one of the key European north-south axes, as witnessed by its passes and tunnels, which include the Great St Bernard Pass, the Simplon Pass and above all the St Gotthard Pass. And yet Switzerland is still not part of Europe... (swissinfo/B. Lechot) 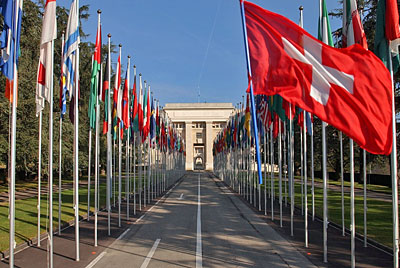 The heart of the world 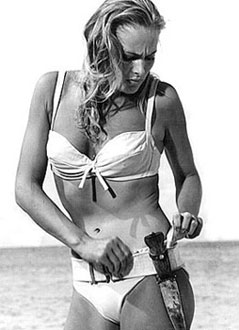 Swiss stars often come from outside the arts – Swiss science for example has given the world Bernoulli, Euler, de Haller, Agassiz, Jung and various Piccards. But there is also the motley crew of Rousseau, Hodler, Giacometti, Tinguely, Dürrenmatt, Botta, Eicher, Godard and Michel Simon – not to mention Ursula Andress and her white bikini. And then there's Roger Federer, the "magician with a racket". 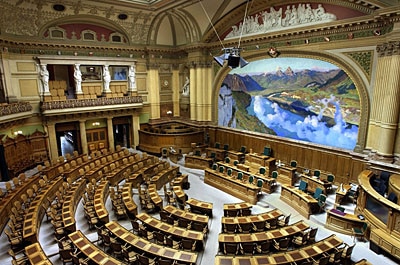 Switzerland was officially born in 1291 but the country's current political system dates back to 1848. The government is a cabinet of seven ministers elected by the parliamentary assembly. Direct democracy is a part of everyday life, with regular votes on popular initiatives and referendums. The country's 26 cantons also enjoy a large degree of autonomy. (Keystone) 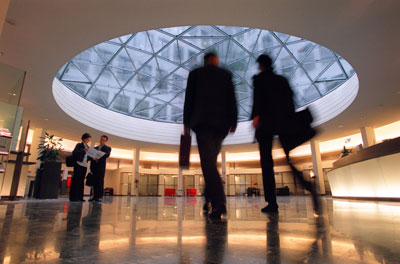 Nowadays only 3.8 per cent of Swiss work in the primary sector, which includes agriculture. In the secondary sector - 23.7 per cent of the workforce - the major employers are pharmaceuticals, medical and precision instrument manufacturers, watchmaking, nutrition and construction. The tertiary sector – commerce, various service industries, banking, insurance and tourism – remains the main Swiss employer at 72.5 per cent. (Keystone) 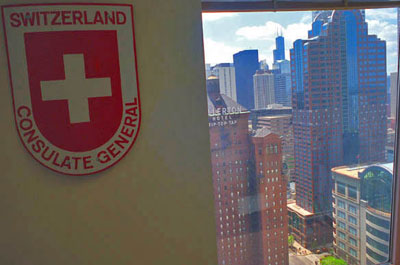 Switzerland, a land of milk and honey? Possibly, but not for everyone: many Swiss leave or have left the country in search of what they cannot find at home. Or simply to broaden their horizons. Today, more than 645,000 Swiss live abroad. (Gerold Stocker) 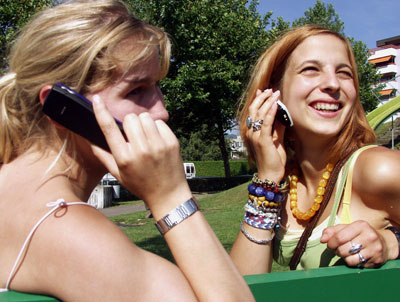 Austria has Mozart – so who is the best-known Swiss? Heidi, a little girl invented by the author Johanna Spyri in 1880. However, the world embodied by Heidi is crumbling. Seventy per cent of Swiss now live in towns – Heidi today would probably have a nose stud and be shouting urban slang into her mobile phone! (imagopress)

Banks, watches, chocolate and fondue... but so much more!