As financial meltdown hits Europe, a business ethicist tells swissinfo why a "radical change in fundamental economic doctrines" is necessary.

Ulrich Thielemann, deputy director of the Institute for Business Ethics at St Gallen University, believes blind faith in the market must be replaced and that bankers must completely change their way of thinking.

On Monday the Swiss stock exchange suffered its worst day since September 11, 2001, with banks and insurance companies among the hardest hit.

On Wednesday six central banks, including the Swiss National Bank, the US Federal Reserve, the European Central Bank and the Bank of England, jolted markets by cutting interest rates together in an attempt to shore up confidence in the world's crisis-stricken financial system.

swissinfo: Can you understand the public's outrage about the financial crisis?

Ulrich Thielemann: I don't know how you could not understand the public reaction. What is happening is scandalous and beggars all description.

In recent decades the financial markets have gained immense power, leading to a great inequity. They have built a huge casino which the regulatory authorities have let run – or even encouraged. And now it's the citizens who have to pay for the losses. That is a scandal.

swissinfo: People are also worried that their pensions could also be affected. Is that likely?

U.T.: I'm not an expert on financial markets – as a business ethicist I deal with paradigms. This crisis confirms the fear – or rather illusion – that pension schemes could in large part be funded by market performance. The dangers are immense.

swissinfo: There appear to be four options to solving the crisis: the state buys non-performing loans; the state guarantees savings; the state takes a stake in the crisis-hit banks; the state stands back and does nothing. Which is best?

U.T.: Those are not actually solutions to the crisis but rather fire-fighting drills to prevent a global economic crisis. The fact that capital is not just a game among shareholders but is also linked to the real economy, that is to say the credit market, has in a way taken the rest of the population hostage.

The first suggestion is probably the worst. I think a combination of the second and third would be best. But we mustn't look just for short-term solutions.

swissinfo: Many European states have guaranteed private savings for their citizens. The Swiss government also wants to protect people's deposits. Is this the right move?

U.T.: That is hard-earned money and, to put it bluntly, that is the money the banks are after. Ultimately the catastrophe of 1929 would repeat itself if everyone withdrew their savings. For that reason it is certainly correct to guarantee them.

swissinfo: As a business ethicist, do you have your own solutions to the crisis?

U.T.: One of the main causes is the bonuses. Banks sold financial "poison" to each other or to investors and both sides pocketed tidy bonuses. This cascade must stop, and for that there needs to be regulation, even if these people are against it. Also, the share that is paid to staff and managers in the form of variable commission must be capped drastically. Employees could then once again concentrate objectively on the quality of the business, rather than greedily and irresponsibly chasing after the next bonus.

This would have to be coordinated on a global scale. We live in a global economy and therefore we need a global solution.

The deeper cause of the crisis is faith in the market – that the more greed there is, the better it is for everyone. That is wrong. Politicians have also failed here and have washed their hands of their responsibilities as regulators of the economic system.

Fortunately faith in the market is now collapsing, just like the mortgage bubble. The way is therefore free for solutions which are committed to the well-being of everybody – which is, after all, what the market economy was originally intended for. Those experts who, hopefully, understand the mechanics of the financial markets better than I do should disassociate themselves from faith in the market. Only then will solutions exist that are fair for us all.

swissinfo: Do you really believe that bankers will learn from this crisis?

U.T.: In order to learn from it there need to be the right personnel: managers who know the meaning and necessity of integrity; people who don't chase the carrot of bonuses; bankers who are less vain than at present.

What is happening is basically the implementation of what is written in the textbooks: the maximisation of profit. People don't speak of greed, rather of "rationality". If you don't do that, you are clearly irrational...

That must change. Education must change – and radically, because we are talking about fundamental economic doctrines with which managers and bankers are equipped.

Ulrich Thielemann was born in Remscheid, western Germany, in 1961 and studied economics in Wuppertal.

He is deputy director of the Institute for Business Ethics, St Gallen University.

He co-authored the study, Ethics and Success, with institute head Peter Ulrich.

With his economic-ethical approach, Thielemann has turned against established market economic theories and the increasing economisation of all possible aspects of daily life.

For his doctorate he examined the justification theories of the markets and of competition.

The turmoil on the financial markets was sparked by the subprime crisis in the US, where borrowers were granted mortgages they were unable to pay back.

This led to a shortfall in liquidity in financial institutions, making it harder for them to carry on their business.

The bank rescue plan hammered out by the US administration and leaders of both Republican and Democrat parties was supposed to stop the collapse of financial institutions by injecting the necessary finance to enable them to continue trading.

The US House of Representatives initially rejected the plan, sparking further alarm on global markets. The Senate accepted a modified version of the package and the House passed it last week.

Various European governments have already injected money into some of their own major banks and financial institutions to prevent them collapsing.

Manuel Ammann, a St Gallen University professor of finance, says the "fairly weak" Swiss banking fund guarantee of up to SFr30,000 should be increased. He says the guarantee system needs to be re-examined and should not penalise banks that are not risk-takers. 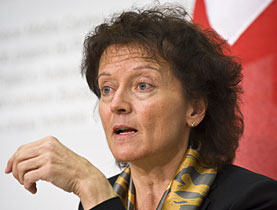 The Swiss government says it will act to help stabilise the country's financial system in the wake of the global financial crisis. Acting Finance ... 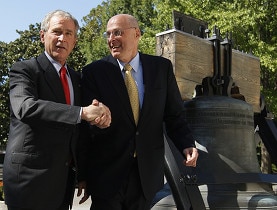 Many Swiss economists show a distinct lack of enthusiasm about the bank rescue plan adopted by the US House of Representatives on Friday night. ... 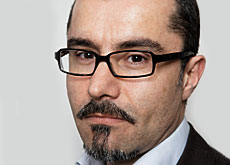 How ethics can shape business

Swiss multinationals such as food giant Nestlé or technology concern ABB have been moving towards more ethical business practices. But when ...