UBS, Switzerland's largest bank, is back in the headlines with its decision to give its employees bonuses for 2008 – a year when its losses ran into billions.

swissinfo spoke to business ethicist Ulrich Thielemann of St Gallen University about why the move has provoked such an outcry, and whether bonuses can ever be justified.

The government gave UBS a rescue package worth SFr6 billion ($5.3 billion) in October, so the fact that the bank is now paying out SFr2 billion in bonuses – and initially wanted to pay more – has not gone down well with the public or the media.

The bank claims that the fixed pay of many employees is relatively low but has traditionally been increased by a variable element, whose amount depends partly on their own performance and partly on the performance of the bank.

swissinfo: Once again UBS is paying its employees billions of francs in bonuses. The public, politicians and the media think this is a scandal. What about you?

Ulrich Thielemann: My initial reaction was that this really was giving out the wrong signal. It's true that you could argue, as Finma (the Federal Financial Market Supervisory Authority) does, that it's hard to cap these bonuses because then the employees could in principle just up and leave.

swissinfo: Where would they go?

U.T.: That's what any headhunter is wondering too. That's why I said "in principle". It's questionable whether people would run off to the competition. You keep hearing that it's the best people who would go. But those who are only prepared to work hard for a company if they get millions of francs as a reward are certainly not the best people. It doesn't matter if you are a top manager or an investment banker: if you only work hard for the sake of getting an exorbitant bonus, you disqualify yourself.

The fact that the bank openly wanted to pay significantly higher remunerations than the regulatory authority did reflects badly on the integrity of the UBS top management.

swissinfo: What's wrong with the principle of bonuses?

U.T.: The problem is that they corrupt people. They undermine their professionalism. That's why I am calling for performance-related pay, for incentives, to be drastically reduced or even done away with completely. They destroy a company's integrity.

But you can't get rid of them merely in one company, not even somewhere as big as UBS. It wouldn't even work in a single country – it has to happen globally. Otherwise the only enterprises that investors will seek out – in other words give money to – are those whose employees fling themselves body and soul into increasing shareholder value by whatever means.

swissinfo: Finma chairman and former UBS manager Eugen Haltiner has come in for strong criticism. The left are even calling for his resignation. What's your opinion of the regulatory authorities?

U.T.: This body needs to include representatives who take customers' concerns into account, for example consumer groups.

And that brings us to the main problem: taking a different view of what sound management is. If you only have bankers in a body like this, it is very likely that they won't have this other way at looking at sound management. The way they see it, the economy is governed by their own interests. We're back to "shareholder value". That applies both to financiers and to employees; they make a bargain with each other.

swissinfo: How come bank managers are so insensitive, almost blind, to popular feeling? Do they simply not care about criticism from the public, from politicians and from the media?

U.T.: I don't think it's that they don't care about it. I always say, when people ask about the causes of the financial crisis, that it is to do with market credibility. Which includes the credibility of the regulatory authorities, the central banks. They say the more profit is made, the better for all. That's the implicit justification for what they do. They absorb that idea as part of their studies, you could say.

And what motivates the bankers? Vanity. What do they want these high salaries for? Not for the actual value of the money, to enable them to buy all kinds of nice things. In a way that's something they couldn't care less about. They see these bonuses as status symbols. And with this fixation on status, people tend to overlook the rather bad status they have among the public.

And yet people do look up to you when you have millions to throw around. It is extremely difficult for bankers to get away from this kind of thinking.

UBS endured a tough 2007 and things hardly improved in 2008, mainly as a result of the United States subprime mortgage crisis.

In October 2007, UBS said it would cut 1,500 jobs in its investment banking arm, including that of its head Huw Jenkins. The chief financial officer, Clive Standish, left at the same time.

UBS has written down about $49 billion as a result of the subprime mortgage market collapse. Chairman Marcel Ospel stepped down in April.

On October 16, 2008 the Swiss National Bank (SNB) agreed to put SFr6 billion ($5.29 billion) into UBS, in a move that aims to strengthen the bank's capital base and reduce its balance sheet.

Based on an agreement with the SNB, UBS will transfer up to $60 billion of assets to a newly created fund entity and will capitalise the fund with equity of up to $6 billion.

The SNB will finance the fund with a loan of up to $54 billion, secured on the assets of the fund, taking over control and ownership of the entity. 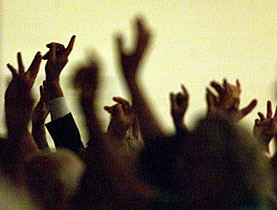 Shareholders of three major Swiss companies are to have a right to express their views on the controversial issue of executive pay – a first in ... 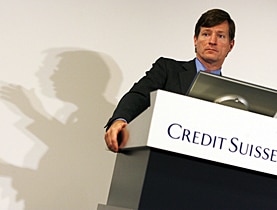 Investment bankers at Credit Suisse will be handed back a chunk of the bad assets they generated themselves as part of their bonuses this year. ... 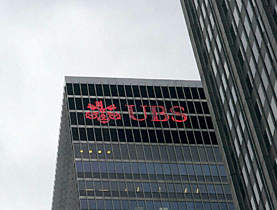 Wealthy American clients of UBS are adopting different strategies to counter the threat of confidential data being handed over to a United States ...