A new internet private banking service aims to cash in on wealthy people who prefer to trust their own instincts than financial advisors to manage their assets.

Switzerland’s oldest private bank, Wegelin, is now leading the Swiss pack in the use of new technology with the launch of Nettobank. Online trader Swissquote plans to offer a similar service in the next few months.

Nettobank clients will initially be offered a limited range of funds after completing an online risk assessment profile and indicating what areas they would like to invest in. Chief executive Stefan Jaeger said the main advantage will be to keep down costs to clients.

“It’s cutting out the advisor. In the traditional private banking sphere commissions have recently become higher while the value of the portfolio has gone down,” Jaeger told swissinfo.ch. “Our service will halve the cost to clients of managing their assets compared to consultancy based services.”

While retail banking has a relatively long history of internet services, private banking – with its emphasis on direct client advice – is still only a niche player. But Nettobank hopes to buck the trend by attracting 1,000 clients in the first 12 months of operations and 5,000 within the next four years.

A recent study by Zurich University’s Institute of Banking and Finance found demand increasing for e-private banking. And 37 per cent of private banking clients responding to a survey last year said they would consider conducting transactions online – the figure rising to 59 per cent for 30-39-year-olds.

A new generation of wealthy people, either recently self-made millionaires or inheriting family fortunes, has increased demand further, he said.

“Finally, one of our private banks has had the courage to enter the market,” he told swissinfo.ch. “There is great potential for such a service, but the success of projects depends on how good they are at meeting changing client needs.”

Cost saving is one advantage of e-private banking, but a recent mistrust of wealth advisors following the financial crash could also spur people to manage their own assets in future.

“Some people have learned that banks sometimes make money while they lose. Such clients might think it is better to have total control of their own assets,” said Cocca.

This is a theme that has been picked up by online trader Swissquote, that saw a 19 per cent increase in clients to nearly 150,000 in the first quarter of this year and a 22 per cent rise in new funds to SFr354 million ($327 million).

Swissquote will launch its own private banking service later this year and chief executive Mark Bürki says it will provide a broader range of options than Nettobank.

“We see a market potential of around 250,000 clients and we want to capture the lion’s share,” he told swissinfo.ch. “This is a very interesting segment to be involved in.”

Cocca disagrees that Nettobank could provide a conflict of interest with bank Wegelin’s traditional, higher margin private banking services. A smaller player stands to gain more new clients with such an offering than losing existing customers to the cheaper online option, he argued.

“The reverse is true for the bigger banks that have a far larger share of the private banking business,” he said. “That is why innovations that change the dynamic of the industry usually come from smaller players.”

A survey of Swiss private banking clients by Zurich University’s Institute of Banking and Finance last year found that 37% of respondents would consider using the internet to conduct all their financial transactions.

For the age group 30-39 this increased to 59% and to 54% for 40-49-year-olds. Some 44% said their reasons for doing so was because their financial knowledge was strong enough to manage their own wealth.

Among 60-74-year-olds this figure drops dramatically to just 28%.

Already, 22% used the internet to carry out some transactions while 28% go online to gather information but carry out transactions through other channels.

Some 68% of respondents currently use an advisory service to help them manage their assets. Of these, 78% said the advantage was gaining a better understanding of products while 77% said the range of services was wider than online banking.

Just over 8% said their financial knowledge was as good as their advisor’s while 2.2% said they knew more. 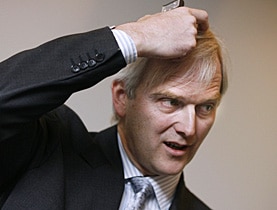 Switzerland's economy began 2009 with its worst quarterly showing in over 15 years but the founder of the country's largest online brokerage firm ... 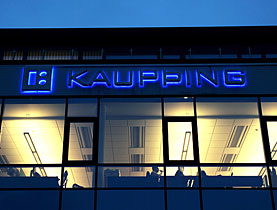 An Icelandic bank is attempting to thaw out a lacklustre retail savings market by offering internet accounts with attractive interest rates to ... 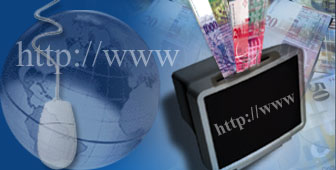 If you don't want to cry about it... The Swiss banking secrecy crisis seen by cartoonists from Switzerland and elsewhere.