A proposal to limit the number of holiday homes across the country appears to enjoy widespread support, according to a representative opinion poll.

Based on interviews across the country carried out eight weeks ahead of voting day, the survey shows only a minority in favour of a considerable increase in annual holiday entitlement.

Holiday homes and annual leave are among five issues being put to a nationwide vote on March 11.

The strong support for the environmental initiative aimed at setting a 20 per cent cap on holiday homes is one of the most surprising findings of the poll, says political scientist Claude Longchamp.

Sixty-one per cent expressed backing for the initiative, with just 27 per cent of respondents saying they would reject it, and 12 per cent undecided.

“At this stage of the campaign, opponents have not been able to convince citizens that a quota would harm the tourist industry,” said Longchamp. His leading gfs.Bern research and polling institute conducted the survey on behalf of the Swiss Broadcasting Corporation.

Environmental groups and centre-left parties argue the increasing number of holiday homes, which remain uninhabited for most of the year, are a waste of natural resources and spoil the mountain environment.

They also say that the increase in the number of holiday homes is pushing property prices up, driving the local population away.

The centre-right majority in parliament, the cabinet, as well as the business community have come out against the initiative, arguing the proposed 20 per cent cap is too strict and rigid. Still they are fighting an uphill battle.

“The opponents are lagging behind, and their chances of gaining ground over their adversaries are limited,” said Longchamp.

Some of the arguments against seem to be too abstract, he says, pointing out that the vote campaign is still to get into full swing.

Pitting environmental interests against business ones, the initiative appeals not only to typical urban dwellers with environmentally-friendly convictions.

“The proposal also appears to have found favour with more conservative voters in a rural environment,” said Longchamp.

However, he warns against reading too much into the findings of the survey. It is not clear which camp will manage to mobilise its grassroots better and how the currently undecided will cast their votes.

Although supporters seem to have the upper hand at the moment, the polling institute does not exclude a shift towards rejection of the initiative.

Little chance of success is given to an initiative by a trade union organisation for statutory minimum holidays of six weeks per year – an increase of two weeks.

Opponents have a 16 per cent lead over supporters (for detailed figures see graphic) and the political left, including the trade unions, seems to face an insurmountable obstacle in the run-up to voting day.

Longchamp says the low support for an initiative that should have popular appeal is not really a surprise.

“Voters seldom decide against the interests of the business world.”

The figures also say something about traditional Swiss values. It is understood that the country owes its wealth to hard work.

Longchamp says most people have made up their minds at the outset of the campaign, which is likely to focus on potential damage to the economy.

The legitimate arguments brought by trade unions about increasing stress at the workplace have been overshadowed by concerns over job losses owing to higher labour costs.

History is not on the side of the supporters of more holidays. Similar previous initiatives have failed at the ballot box.

Turnout on March 11 is likely to be below average. Just under 40 per cent of respondents said they would take part, but that figure is expected to rise slightly.

Longchamp dismisses suggestions that voters could be overburdened on March 11.

The five separate issues which come to a nationwide vote that day include proposals to promote property ownership by means of tax breaks, re-introduce a fixed book price agreement, and protect Swiss lotteries and casinos against foreign competitors.

He notes that in 2003 voters had the final say on a total of nine different issues resulting in an above average turnout of 55 per cent.

“Up to 30 per cent of citizens are regular voters and an additional 25 per cent go to the polls when they feel they are directly concerned by an issue,” he said.

The pollsters interviewed 1,208 Swiss citizens from across the country for the first of their two planned representative surveys ahead of March 11.

Swiss expatriates could not be included in the poll.

The interviews took place eight weeks ahead of voting day.

The survey was commissioned by the Swiss Broadcasting Corporation, swissinfo’s parent company, and carried out by the GfS Bern research institute.

Benefits of extra holiday debated ahead of vote

A proposal by trade unions to increase holiday entitlement from four to six weeks has met with opposition by the business community, most parties ...

By Urs Geiser and Andreas Keiser

For environmentalists, the unfettered construction of second homes is a blight on the natural landscape. For others, it provides a boost for local ...

A people’s initiative to be put to a vote in March aims to provide incentives for Swiss citizens to save money to purchase their own home. The ...

A parliamentary decision to re-introduce a fixed book price agreement is facing a challenge at the ballot box by an alliance of centre-right and ...

By Urs Geiser and Sonia Fenazzi

The environmentalist says the writing is on the wall for ski resorts. 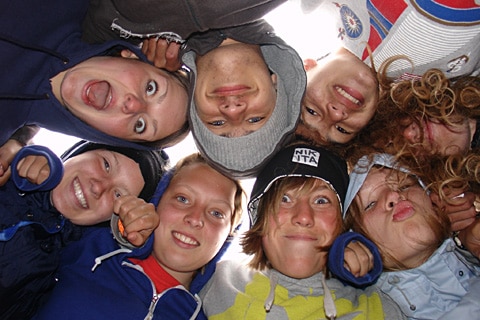 Second homes are a bone of contention in tourist resorts. Unlike hotel rooms which are used over and over again, many holiday homes are empty for ...