Developers behind the holiday resort under construction in Andermatt have reached an important milestone.

On Tuesday, they began laying the foundation of the Andermatt Swiss Alps project – which will include hotels, apartments, a sports complex, a conference centre and an 18-hole golf course.

Samih Sawiris, Egyptian billionaire and CEO of Orascom Development, was on hand to lay the foundation stone of the project’s centrepiece: its five-star hotel, The Chedi.

“Planning is important, but I get really excited about a project when the concrete foundation is laid!” said Sawiris. After the ceremony, locals and other guests joined the developers for a celebratory barbecue in the canton Uri mountain village.

The foundation stone was not a rock but rather a transparent plastic box that is a time capsule of sorts. Sawiris and his crew embedded it in cement within a lift shaft of the future hotel.

In addition to project brochures and Swiss newspapers from Tuesday, the box contains a complete silver place setting with an embroidered napkin from the former Hotel Bellevue, which stood on the site until 1986.

When finished in the winter of 2013/2014, the resort will be the largest of its kind in the Alps. There will be six hotels, about 20 villas and 490 apartments in 42 buildings, plus 35,000 square metres of commercial property.

The traffic-free village has also been designed to be “CO2” neutral. Its 1,970 parking spaces and delivery zones will be located underground to encourage visitors to arrive via public transport. Sawiris also plans to conserve energy by using good insulation and renewable energy.

Construction work kicked off in May with the removal of 60,000 cubic metres of material to make way for The Chedi Andermatt Hotel.

Parts of the foundation will be covered in concrete and workers will drill geothermal probes before winter starts. Meanwhile, clean-up efforts are underway in an area once used for military training and arms storage. Golf course construction is also on schedule.

By the end of August, investors had already spent SFr40 million ($38.9) on the Andermatt Swiss Alps project. The entire development is expected to cost well over a billion francs.

Sawiris hopes to attract a diverse spectrum of visitors, as he told swissinfo.ch around the time the project was approved.

“For me it will only be a success when I see people coming in Rolls-Royces and on bicycles ... I hate places where you only see people dressed like it's Ibiza or where everyone's at least 80. For me that's not normal! Society is made up of different types of people of different ages and I want [the resort] to be a mixture – like real life."

So far, Andermatt Swiss Alps AG has sold 22 apartments. In autumn the company will begin targeting German, Italian and British clients. The goal is to sell SFr100 million worth of real estate by the end of 2010.

The Sawiris business empire, the Orascom Group, is divided into three sectors: telecommunications, construction and tourism.

The company's strategy is "the acquisition of undeveloped land in prime locations, the development and marketing of fully self-sufficient communities..."

The flagship El Gouna resort is a cluster of hotels, restaurants and shopping centres built around artificial lagoons.

Orascom administers the resort with a resident population of 10,000, including its airport, schools and hospital. 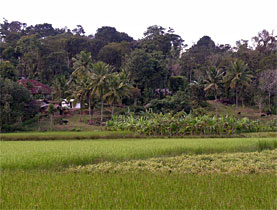 A mere 14 months after opening its doors, Zurich's North South Centre has notched up notable successes in helping improve the lives of people in ... 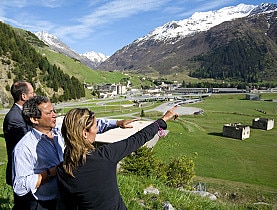 Samih Sawiris's ambitious plans for the Swiss mountain resort of Andermatt have come one step closer. The Egyptian billionaire this week ... 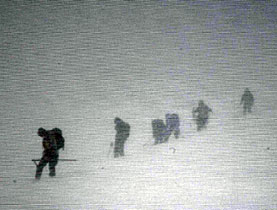 Rescue workers have retrieved the body of one of two mountain climbers who froze to death on the Eiger this week after being trapped by a storm. ...

Builders of the Gotthard tunnel

On the site of what will be the world's longest railway tunnel. The Gotthard base tunnel is the centrepiece of a new railway line which will ...