This week’s session of the Swiss parliament is special for more than one reason as it marks a new phase in the political handling of the coronavirus crisis.

Swiss President Simonetta Sommaruga on Monday urged lawmakers to engage in dialogue to find solutions "which can be supported by the population today and which will still be considered reasonable and just tomorrow".

The venue of the four-day-gathering is a functional building on the outskirts of the city of Bern.

The flat-roofed conference centre usually hosts congresses and trade fairs. Its largest rooms could each just about fit a football pitch – enough space for the 246 parliamentarians and staff to respect the two-metre social distancing rules to avoid close physical contact and possible infections with the Covid-19 virus.

The atmosphere stands in stark contrast to the stately historical parliament buildingexternal link in the city centre where sessions normally take place.

Although it required special arrangement, politicians and political scientists agree that the time has come for parliament to resume its work after the spring assembly was cut short.

The speakers of the two parliamentary chambers, the House of Representatives and the Senate, stressed the importance of the constitutional role of parliament to oversee the work of the government.

“Parliament is the highest authority and must assume its role as watchdog of the government in times of crises,” said the speaker of the Senate, Hans Stöckli. It is worth convening the chambers despite extra costs of about CHF3.5 million ($3.6 million), he argues.

Political experts have also come out over the past few weeks pointing out the crucial importance of the elected assembly in democracy.

Parliament in mid-March decided by itself to suspend work for several weeks and put on hold citizens’ direct democratic rights, including nationwide votes and the collection of signatures. The move came in the wake of a government decision to put in place emergency rule due to the Covid-19 pandemic, giving it the power to take measures to stem the spread of the virus.

Under Swiss law, the government emergency rule could in theory remain in place for six months before parliament is given a say on whether to extend it. During that period, a unit in the justice ministry is the sole authority which can remind the executive to stay within the limits of the constitution.

It is generally acknowledged that the Swiss government has not abused its extra powers following the emergency declaration more than seven weeks ago. The emergency regulation is valid until September 13. On Monday, Sommaruga said the government would submit to parliament any measures still deemed necessary for review by September 11.

Government ministers have repeatedly stressed the close co-operation among the country’s 26 cantons, the business community and trade unions, dispelling potential concerns about a power grab by the executive.

Criticism of specific measures and decisions has only recently begun to emerge. Surprised by the pandemic, all political parties at first rallied behind the government and the media seemed shell-shocked for weeks, observers have pointed out.

Political analyst Claude Longchamp argues that parliament must meet even in times of crises.

“Democracy needs parliament to keep the government in check and parliaments have to present alternative options,” Longchampexternal link said in an opinion piece published by swissinfo.ch in German.

He says the role of democratic institutions is to ensure a public debate about political issues.

“Under the current situation, this has not been possible,” says Longchamp.

Parliament should be critical of the relief package announced to cope with the impact of the Covid-19 pandemic on the economy, he said.

“The purpose of the session must go beyond the belated approval a multi-billion payment. It is also about changes and amendments,” he told the Neue Zürcher Zeitung newspaper.

Doubts were also raised about the short time given to prepare for the session, as the agenda was compiled at the last minute, ruling out a thorough examination.

But politicians argue the various parliamentary committees have been given a chance to scrutinise government decisions and other tabled proposals.

Apart from a speech by President Simonetta Sommaruga, the agenda published on Friday includes a debate about the multi-billion franc relief package and the mandate of the armed forces in supporting civilian authorities in hospitals, at the borders and at foreign embassies during the Covid-19 crisis.

Additional proposals from several parliamentary committees are aimed at extending the relief package to sectors of the economy or groups of people unable to benefit from government aid so far. Other proposals seek to limit spending amid criticism of the government Covid-19 strategy.

The shortage of medical equipment, including hygiene masks is likely to be one of the issues, given statements made by politicians from the right and the left as well as from interest groups ahead of the session.

Some politicians might also try to push for a reform of the parliamentary system, such as through the establishment of so-called select committees which would allow parliament to remain functional even in times of emergency law. Another issue may be the use of digital technology for sessions, including video conferences over the internet.

Senator Stöckli seems rather sceptical about the idea of a remote parliament.

“Parliament relies on personal contacts. I’m not sure it is possible to do a good job if members have to work from home,” he said. It didn’t stop parliament from setting up a live video chat between the speakers of parliament and citizens next week.

As parliament gets back to work, digital democracy activist Daniel Graf discusses how the crisis will impact participatory politics in the future.

Discussions about new digital forms of parliament are unlikely to go away. Experts are weighing options, including necessary legal amendments and technological risks.

Reservations about the aesthetics of the congress centre and its bland interior design seem minor in light of discussions about digital parliamentary sessions. Still, assemblies outside the parliament building are a rare occurrence, having happened only three times before in Swiss history – all within the past 30 years.

Each time parliament was re-located for a three-week session – to Geneva in 1993, Lugano in 2001 and Flims in 2006 – the temporary exile was due to renovation work at the Bern parliament building which was inaugurated nearly 120 years ago.

covid-19 Coronavirus: the situation in Switzerland

Switzerland is one of the countries most affected by the coronavirus in Europe. This is where things stand and the latest on the measures in place. 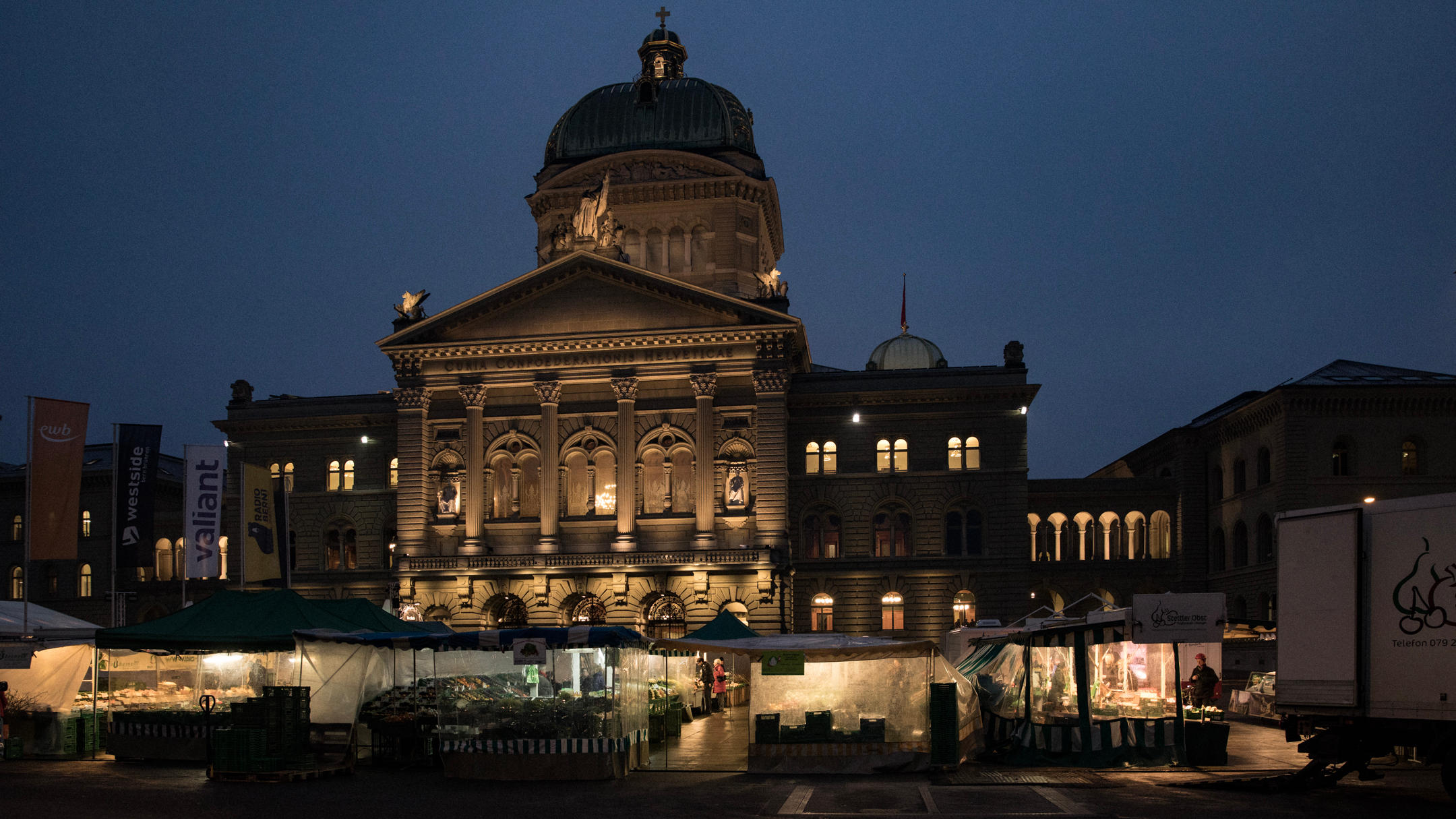 The space around government buildings is often fenced off and high security. Not so in Bern where Parliament Square is the most democratic and ...

It is the hour of big government, but societies with high levels of trust will cope best.

covid-19 Parliament defends its ‘special session’ in May

“Parliament has a key constitutional role,” says Isabelle Moret of the Swiss House of Representatives.