In addition, 44 per cent of people who receive social security benefits are in the same 18-25 age-group, according to the Federal Commission for Childhood and Youth.

“I’m on a disability pension,” said Carlos, 24. “After I have paid the rent and health insurance, I have SFr1,480 ($1,685) for the month. I have a rental contract for the television and two credit cards. I owe SFr2,500 on the second card but I was able to get a new rental contract for a computer without a problem.”

“I did some stupid things when I was young, spending too much, going out, holidays… and I found myself two years behind on my taxes,” said Arnaud, 39, whose wages have been attached for the last seven years - in other words, not paid directly to him but part of them taken to pay off the debt.

The debt collectors leave Arnaud SFr1,500 per month of his nurse’s salary. He is unable to rent an apartment, take out a mobile telephone contract or buy anything on hire-purchase. His salary will be targeted for several years to come.

Conducted by credit management services company Intrum Justitia, the Radar 2011 study analysed 200,000 cases of debt recovery in the health, telecommunications and e-commerce sectors over five years. It found that only 53 per cent of 18-25-year-olds who were in debt in 2006 had paid their debts off completely by 2011.

“For young people, the top area for unpaid loans is telecommunications, followed by health and e-commerce. In comparison, the situation is reversed amongst people over 32, for whom health is in first place for unpaid bills,” the study said.

More worrying is the difficulty of getting out of debt. The study found that 47 per cent of young people who were in debt for the first time in 2006 still held at least one debt in 2011.

To that, the Federal Commission for Childhood and Youth can add another, higher number: 70 per cent of young adults who receive social security benefits have not completed professional education.

Commission president and Radical Party parliamentarian Pierre Maudet says the culture of credit is a growing trend in Switzerland.

“Switzerland has only recently discovered the culture of living on credit, which Anglo-Saxon countries have been dealing with for a long time. With the havoc it wreaks, young people arrive at adulthood already crippled by debt and with no other solution than to sign up to a lifetime of receiving social aid,” writes Maudet on his blog.

It is not by chance that Maudet, also the mayor of Geneva, has taken up the cause. The Radar 2011 study points out that “young people living in cities are around ten per cent more often in debt than those living in the country and it is the French-speaking Swiss who hold the number one position in Switzerland”.

Another Geneva-based Radical Party politician, Hugues Hiltpold, launched a parliamentary initiative in the House of Representatives last December which calls on the government to amend the federal law governing consumer credit with a provision that would see credit companies contribute one per cent of turnover to national debt prevention programmes.

But while players in the debate rail against the increasingly aggressive tactics credit companies use to draw in young people, excessive consumption is not the only cause of youth indebtedness, which usually strikes around the time when people become more socially active and leave home.

Population historians have identified five criteria for social vulnerability: illness, unemployment, aging, accident and loneliness. For more than a century, western countries have been dealing with these issues, but in the past 40 years two new criteria have emerged: debt and dependency.

“We need to change our focus and instead of looking into the distance and moralising, we have to see what’s actually happening in front of our eyes,” said Michel Oris, professor of demographic and social history at Geneva University. “We must recognise that the transition from adolescence to adulthood has become slower and less structured. It is a fundamental shift.”

Oris is heading a 12-year research programme for the Swiss National Science Foundation to follow the development of young people as they enter adulthood. He points to the “de-standardisation of the life journey” as a recent development which is contributing to an increase in vulnerability and risk-taking.

“Young people are working at the same time as completing their academic studies. They have to find a balance for financing this period which is longer and more difficult than it used to be,” Oris told swissinfo.ch.

“In addition, the job market is more and more difficult to enter, especially without a degree because the de-industrialisation of our country has made jobs which don’t require a qualification rare.”

The study analysed 200,000 cases of debt recovery in three sectors over five years: health, telecommunications, and e-commerce. It was carried out by credit management services company Intrum Justitia.

18-25 year-olds have an average debt of SFr468 for electronic communications (mobile or fixed telephone and internet bills), compared with SFr412 for 26-32 year-olds and SFr366 for over 33s.

For the three age groups, health charges increase progressively from SFr254 to SFr313 on average. The numbers relating to online retail also progress with age – SFr106, SFr118, and SFr119.

Young people pay back debt faster than older people. They take on average nine-18 months to pay off debt compared with 10-23 months for 26-32 year-olds.

Young men are more likely to have e-commerce debts while young women have more medical debt.

Young people living in cities are 10% more likely to be in debt than those living in rural areas. Youth in French-speaking parts of the country are the most indebted in Switzerland.

For the first time ever it’s an applicants’ market in the exemplary Swiss apprenticeship system. This year apprenticeship places outnumber school ...

House calls are the latest ammunition in the fight against youth violence in the city of Zurich. As part of a two-year pilot project, youth ...

Alcohol and tobacco still part of growing up

Swiss schoolchildren’s consumption of alcohol, tobacco and cannabis has remained stable in the past four years, despite prevention measures, ...

Swiss students get an encouraging report

Swiss teenagers have made progress in reading, are still excellent at maths and are good at science, according to the latest international Pisa ... 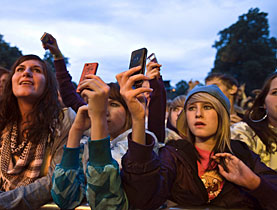 It's all go in Tenero

Young Swiss athletes practise their sports. The National Youth Sport Centre in Tenero (CST), in the Italian-speaking canton of Ticino, is the ...

The art of money The Swiss franc: noteworthy artistic contributions

A report on the artists who designed Swiss coins and notes from the beginning of minting to the present day. (Julie Hunt, swissinfo.ch, 2014)