For five centuries Swiss mercenaries served foreign powers and died for them on Europe’s battlefields – a lucrative business that served the country well.

Jost Auf der Maur, author of a book on the history of the mercenary system, says Switzerland owes its peaceful existence and prosperity to a large extent to the export of soldiers.

Their services were vital for medieval royals and warlords. At the same time, they provided a guaranteed flow of cash and wealth for a territory in the heart of Europe – which later became modern-day Switzerland.

Auf der Maur’s book – Söldner for Europa (Mercenaries for Europe), published in German earlier this year – shows how the system benefited both sides.

The foreign powers could rely on the export of fighters from the alpine region, which in turn was left in relative peace in order not absorb soldiers in local conflicts on its territory.

swissinfo.ch: You are the descendant of a family which won political influence and wealth through mercenary services. Are you proud of your ancestors in Schwyz?

Jost Auf der Maur: No. They were involved in a dirty business.

swissinfo.ch: Was it the history of your family that made you write the book?

J.A.d.M.: I want to draw attention to a chapter in Swiss history that is much more important than we are told in school. Swiss mercenaries were in the service of foreign powers for 500 years.

This is in stark contrast to Switzerland’s humanitarian tradition, which is often invoked, but which has existed for a relatively short time.

swissinfo.ch: You say that men joined mercenary troops out of sheer thirst for adventure. What about economic difficulties?

J.A.d.M.: There were a host of possible motives, including hunger, to leave the country. But a spirit of adventure and greed for looting were by far the most important.

A mercenary was able to earn cash, which was rather rare in those days.

There were so many men enlisting that there was a periodic shortage of farmhands as a result.

swissinfo.ch: If at all, mercenaries often returned home traumatised, with alcohol addictions or physical disabilities. What was the impact on society besides the individual and family difficulties?

J.A.d.M.: The physical disabilities were a problem, no doubt.

At lot of historical research has been done on the military aspects of the mercenary service. What is lacking is a look at the political, social, cultural consequences as well as the impact on science.

swissinfo.ch: A handful of families controlled the recruitment of mercenaries and built up genuine military and war enterprises with profit margin of up to 18 per cent. How did this work?

J.A.d.M.: These families employed former officers, often also innkeepers to act as canvassers. They also needed a licence which was granted by the cantonal authority.

These canvassers drew up contracts with the recruits, they paid them a sum of cash and informed them about their tasks and duties.

It was not uncommon to use rather dubious methods to stock up the Swiss regiments. Young men were invited for a drink by the innkeeper who literally tricked them into contracts.

swissinfo.ch: There are known cases where the recruitment businesses was run by the wives while their husbands led Swiss regiments at foreign courts. Were these isolated cases?

J.A.d.M.: We do not really know enough about this, more research is needed. The novelty of my book is that it describes the role of the women in the military businesses of some families.

As heads of the back office, to use a modern term, they had to deal with complex management tasks. They organised the canvassing, the lodgings, the trip to the new destination.

The fluctuation rate among the mercenaries was rather high. There was a constant need to re-stock the regiments.

The wives also supervised the construction of residences which the commanders of the Swiss regiments had built at home.

swissinfo.ch: Can the business model of those days be summed up with the phrase: Selling the sons in exchange for wealth? So Switzerland is based on a trade off with human lives?

J.A.d.M.: This might be oversimplified. But this is certainly a most fascinating aspect of the mercenary system.

It is not true at all that the original members of medieval confederation won their independence by a series of successful uprisings and battles.

In reality the relative peace was due to the business of exporting mercenaries. In a sense this model is precursor of today’s neutrality.

swissinfo.ch: To what extent could the newly-founded Swiss state of 1848 benefit from the new ideas, skills and knowledge of the world beyond narrow borders the mercenaries had acquired?

J.A.d.M.: Personalities such as General Henri Dufour were strongly influenced by a their military training in France. He managed to bring the civil war of 1847 to an end without leaving indelible scars.

He was also a co-founder of the International Committee of the Red Cross alongside the pacifist Henry Dunant. This carries a strong symbolic message.

Swiss mercenaries were valued throughout Late Medieval Europe for the power of their determined mass attack.

An estimated 1.5 million Swiss mercenaries served in foreign armies between the 13th and 19th centuries. Up to 20% of them deserted and between 25%-40% never returned.

Around the year 1500 Swiss mercenaries accounted for about 12% of the total population.

Opposition against mercenary services grew particularly after the Reformation, but Catholic regions upheld the policy into the 19th century.

Under the 1848 Swiss Constitution Swiss mercenary units were banned in principle, although there were exceptions. Individual Swiss citizens carried on the tradition of foreign military service into the 20th century, including participation in the Spanish Civil War.

Since 1859, the only official Swiss mercenary unit is the Vatican Guard.

Söldner für Europa (Mercenaries for Europe) by Jost Auf der Maur was published in German by Echtzeit publishers in 2011.

The author says there is no awareness of the importance of the mercenary system in the period between the Early Modern period of European history into the Age of Enlightenment.

Auf der Maur calls for an independent and thorough scientific investigation into the 500-year history of the Swiss mercenary system, its political, social and cultural impact.

As they do every year on August 1, the Swiss on Saturday commemorated the pact signed by their forefathers in 1291. But historian Georges Andrey ...

A Swiss mercenary who served Britain in America

A Swiss soldier in the service of the British king defeated the French to open up the way to the conquest of the American west. In 1756 Henry ...

By Marie-Christine Bonzom in Pittsburgh 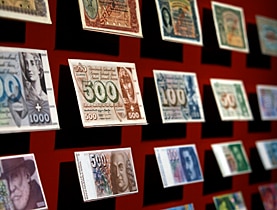 It's Swiss history, but not as we know it

What do a picture of Roger Federer, a huge revolving wheel full of Swiss clichés and a giant banking safe all have in common? They are all part ... 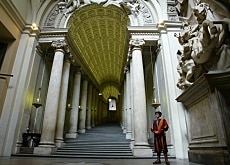 The Swiss Papal Guard continues its original mission and defends the ideas of courage and faith, a conference in Rome has heard. The one-day ...

Protecting the pope The Swiss Guard

The Swiss Guard has been protecting the pontiff for over 500 years. It is most recognisable for its Renaissance-style garb in the colours of the ...

A visit to the Swiss Country Club in Johannesburg. The Swiss Society Helvetia Johannesburg was founded in 1890. A new clubhouse was built in ...