Hollywood actor George Clooney, one of Barack Obama’s A-list charm ambassadors, is in Geneva on Monday for a VIP fundraiser. Both Obama and Republican challenger Mitt Romney have been aggressively courting Americans abroad.

Geneva’s historic Old Town district is set to be a roadblock with Clooney flying in to headline the $15,000 (SFr14,500)-plate intimate dinner at an undisclosed location, described on the Democrats Abroad Switzerland website as “the single most important fundraising event of Americans Abroad for Obama”.

This is not Clooney’s first fundraising trip to Geneva. He was the special guest for a similar event in 2008, when donors dined and danced until 5am and reportedly raised over $800,000. The actor is one of Obama’s star campaigners: he recently held a gala party at his Los Angeles home in May that raised nearly $15 million.

Charles Adams, the Geneva-based American lawyer who organised these Swiss fundraisers, remained tight-lipped about the evening and Democrat fundraising in general.

But the Clooney dinner was “not unique”, he told swissinfo.ch.

“Geneva has always been on the path of US campaigns as they come through Europe. In the past six years it’s been London, Paris and Geneva,” said Maya Samara, who leads the Swiss branch of Democrats Abroad that has several thousand members.

On top of an avalanche of national fundraising drives, the hunt for valuable campaign dollars is increasingly turning overseas.

The Centre for Responsive Politics reported at the end of July that Obama had raised almost $600,000 from Americans abroad while Romney had secured about $325,000. But money raised overseas by the Democratic and Republican Party committees or Romney’s recent high-profile fundraising trips to London and Israel at the end of July are not included in these amounts.

They may represent a small fraction of the $348 million Obama has raised so far and the $193 million raised by Romney, but every dollar is likely to count as the election looks set to become the most expensive in US history. Both candidates have turned down federal funds, which means they don’t have to limit campaign spending.

“We are going to see more fundraising done overseas this time than we ever have in the past,” Anthony Corrado, a professor and campaign finance expert at Colby College in Waterville, Maine, recently told the Boston Globe newspaper.

Research by a University of Liverpool professor in 2010 into donations American candidates raised abroad from 1992 to 2008 found that the vast majority of money – more than 70 per cent – came from Europe, although candidates travelled widely in search of funds, and Democrats secured three times as much money as Republicans.

George W. Bush and Al Gore raised a total of $230,000 from Americans overseas during the 2000 presidential election. Around $7 million was raised by Americans abroad for the 2008 presidential campaign, most for Democrats, and this year the total may well be surpassed.

There are reports Romney’s London fundraisers brought in $2 million and $1 million in Israel.

“Romney comes out of private equity. That’s what he does for a living,” Edward Karr, co-chair of Republicans Abroad Switzerland told swissinfo.ch. “Fundraising is almost like a military operation. They go through all their Wall Street, private equity and business leader contacts and a lot of money flows in.”

But Switzerland does not appear to be a major target for Republican fundraisers, where efforts are rather focused on registering voters.

The Obama camp has been equally busy overseas. The president has not held any fund-raisers abroad himself, instead relying on high-profile surrogates like his wife Michelle, or political advisers, who have been active in Shanghai, Paris and London.

Nine expatriates, who appear on Obama’s most recent list of so-called ‘bundlers’ - supporters who collect contributions from friends and colleagues - have reportedly raised at least $2 million. Romney has not released a full list of his bundlers.

Foreigners are banned from donating to political campaigns under US law, but American citizens and green card holders can contribute irrespective of where they live, subject to the $2,500-per-person limit that applies to those living in the US. Individuals can also donate an additional $30,800 to a national party committee.

Campaigns, the parties and political committees have to carefully check and reject any ineligible contributions.

Yet there is concern that the emergence of super political action committees, so-called super PACs, has made it impossible to tell whether foreign cash is flowing to the campaigns.

Non-profit groups are also spending heavily on the 2012 race, and they are not required to reveal their donors as long as their political activities stay within certain limits.

“’Dark money’ groups [like 501(c)(4) non-profits (see freeform)] provide a potential avenue for foreign money to flow into our electoral system. It would be next to impossible for any US enforcement agency to ferret out a foreign money gift in the sea of secret cash,” Adam Lioz, a legal expert and author of a report into campaign funding for the US advocacy organisation Demos, told swissinfo.ch.

"One of the many problems with the [Supreme Court's Citizens United vs. Federal Election Commission] 2010 decision is it left open the very real possibility that foreign-owned or foreign-controlled corporations can influence US elections. Since most corporate giving is done in secret, channelled through trade associations or non-profits, we may never know if this was a problem in 2012."

Switzerland and the US

There are around 1.2 million Swiss-Americans and Americans with Swiss roots.

Of an estimated six million Americans living abroad in 160 different countries, roughly 30,000 are registered in Switzerland.

The 2008 US presidential campaign was the costliest in history - $5.3 billion in spending by candidates, political parties and interest groups on the congressional and presidential races.

That marked a 27 per cent increase over the $4.2 billion spent on the 2004 campaign, according to the Center for Responsive Politics.

The amount spent on the presidential race alone was $2.4 billion when all candidates and related expenses are included.

American nonprofit “social welfare” organisations exempt from taxes under Section 501(c)(4) of the Internal Revenue Code and trade or membership associations organized under Section 501(c)(6) are permitted to spend money to influence federal, state, and local elections, but are not required to disclose the identities of their donors or the amounts of their contributions.

In Switzerland, neither the federal government nor most of the cantons have financial disclosure requirements for political parties and campaigns. Only two cantons – Geneva and Ticino – have so far come up with any rules at all. The vast majority of party funding comes from private sources.

According to a recent Zurich University study, the Swiss People’s Party spent 40% of the total campaign funds of the parties in the legislative period 2007–2011. Second came the Radical Party at 25%, the Christian Democrats at 16% and the Social Democrats at 13%. The other parties accounted for the remaining 6%.

Greater transparency is being demanded also by a people's initiative launched by an inter-party committee. The wording calls for more clarity on the incomes of politicians.

United States employees at Swiss banks Credit Suisse and UBS have been donating more to presidential candidate Mitt Romney than to President ...

By Marie-Christine Bonzom in Washington

As the United States presidential campaign heats up, Switzerland is finding itself the centre of attention in what is an increasingly bitter fight ...

Switzerland is one of the few democratic countries without transparency of funding for political parties. A recent attempt to set rules was ...

A Swiss village has laid claim to Barack Obama’s roots – the latest European location to throw its name into the multicultural mix that is the ...

Barack Obama has become the 44th US president. 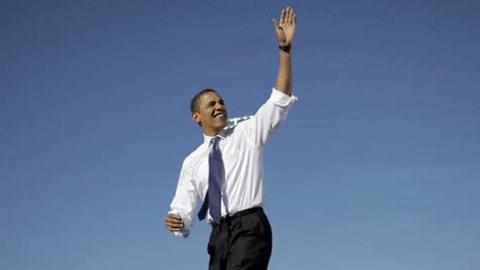 A change is gonna come? swissinfo's Simon Bradley surveys Swiss residents about their expectations as Barack Obama becomes the 44th US president.