Second-generation foreigners in Switzerland – known as secondos – have formed a national group to fight for citizenship and equal opportunities.

Currently foreigners born in Switzerland are not automatically eligible for naturalisation, a situation which the new organisation, Second@s Plus, says must change. And it says it will fight moves to make the process even harder.

Around one fifth of Switzerland's seven million population are foreigners, with an estimated 500,000 of them being second or third generation.

Second@s Plus, whose formation was announced earlier this week, was born out of several smaller cantonal branches.

Roberto Rodríguez, national coordinator of the new organisation, told swissinfo that members had decided that it was time to go countrywide to prepare for future political battles.

"In June we will have the vote on the [rightwing] Swiss People's Party citizenship initiative and we will fight against this," said Rodríguez, who is himself of Spanish background.

The People's Party has forced a nationwide vote on the issue of using the ballot box to decide applications for Swiss citizenship.

The practice is banned, but the party argues that the communes - which normally decide on citizenship – should themselves determine how they confer Swiss status.

Ballot box procedures have been controversial, particularly after voters in Emmen near Lucerne repeatedly rejected the naturalisation of foreigners - especially those from the Balkans. A 2005 study showed that foreigners are less likely to be granted citizenship by vote.

Last year's parliamentary election campaign put the focus on foreigners, and accusations of racism were levelled at the People's Party over their infamous black sheep posters - in which white sheep where shown booting a black one out of the country. This was another impulse for forming Second@s Plus, Rodríguez said.

The organisation is open to all interested foreigners, not just those born in the country.

It supports the nationwide introduction of "facilitated citizenship" for those born in Switzerland. Currently this is only offered in some cantons, such as Zurich and Glarus, Rodríguez said. A national vote to introduce it countrywide failed in 2004.

Many secondos have the residency status of their parents, despite having spent their lives in the country.

"You do not have the same rights as if you were born in Britain, Spain, France or North America. Switzerland does not recognise jus soli, the right of having citizenship in the country in which you are born," Rodríguez told swissinfo.

"That's why we say Switzerland is producing its own foreigners."

Political rights are slowly emerging. Local foreigners' organisations have in the past fought cantonal elections in Lucerne, Aargau and Zurich. A few communes in the German-speaking part allow foreigners to vote in communal elections.

In the French-speaking part of the country this is more widespread, with some cantons allowing votes on cantonal issues as well, said Rodríguez. In Vaud, foreigners may be elected mayor.

One reason for this, Rodríguez says, is language. The Swiss German dialects are markedly different from the High German spoken in neighbouring Germany and Austria, and pose more problems for immigrants than learning French.

Another focus area is education, with the organisation calling for earlier schooling to help increase equal opportunities in later life.

Rodríguez says foreigners simply want to be considered part of Switzerland, even if they are from another background.

"We would like Switzerland to see us as a positive chance and not an integration problem," he said.

In September 2004 Swiss voters sided with the rightwing Swiss People's Party on the issue of citizenship, rejecting two parliament-backed proposals which would have made it easier for young foreigners to become Swiss.

The first sought to speed up the naturalisation procedure for people aged 14-24; the second sought to grant automatic citizenship to children born in Switzerland of foreign parents.

The Swiss government called on cantons last spring to harmonise citizenship procedures but said it would not alter the 12 years necessary to apply for naturalisation. 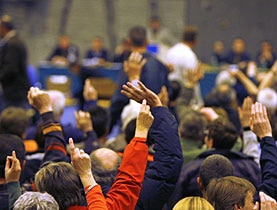 Parliament has enshrined in law a ban on the controversial use of the ballot box to decide on applications for Swiss citizenship. The rightwing ... 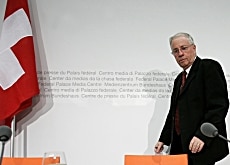 The Swiss government has called on cantons to harmonise naturalisation procedures, but it will not alter the 12 years' residency necessary to ... 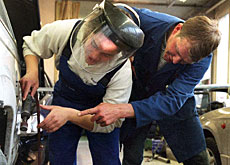 Integration of young foreigners can be improved in schools, according to a report released by Switzerland's Federal Migration Office. While the ...