Only half of Swiss start-up firms survive their first five years of business with many failures attributed to lack of market knowledge or unrealistic expectations.

Government statistics reveal that new companies are most likely to succeed in manufacturing than in the service sector as the number of start-ups reached a record level last year.

Some 36,427 firms were founded in Switzerland in 2007, up 6.3 per cent on 2006 and the third annual increase in a row. But data from the Federal Statistics Office reveal that many of them will not last the course.

The key stumbling block to success is failing to do enough homework before taking the plunge, according to Professor Heiko Bergmann of the small and medium-sized business institute at St Gallen University.

"Successful businesses look at what the customer really needs rather than focusing on their product or technology," he told swissinfo. "Many failed enterprises concentrate on the supply side rather than the demand side."

The Federal Statistics Office measured the success rate of firms that started up between 2000 and 2004 by counting how many were still in business in 2005. More than four-fifths survived the first year, but that number dropped to 49 per cent in the fifth year.

Bergmann believes the failure rate, while high, is comparable with the international average.

Other common hurdles to success are lack of financial planning, a failure to secure enough funding and simple boredom or over-inflated ambitions, he added.

"Many failed businesses do not go bankrupt but are stopped because people's expectations are too high and they want to do something else when they are not met," he said.

The statistics also showed that start-ups in the construction and industrial sectors were more likely to succeed in the long term (60 per cent were still running in the fifth year) than in the service industries such as computer sciences and insurance (which had a 47 per cent five-year survival rate).

This can be explained by comparing the amount of effort and commitment needed to set up in these sectors, according to Bergmann. In short, the more effort that is put into getting off the ground pays off with a higher chance of survival further down the line.

"It is relatively easy to start up in the service industry: there is a low entry barrier in terms of funding, infrastructure and numbers of employees needed. Even a student could start up such a company as a part-time job," he said.

"In contrast, a construction or manufacturing company needs more money and effort, so most of the time such an enterprise will be better prepared."

The longer a business survived, the more people it employed, according to the statistics office study. On average the number of employees increased 12 per cent after the first year and 52 per cent in the fifth year. Again, the rate of increase was higher in the construction and manufacturing sectors.

A record 36,427 firms started up in Switzerland last year – up 6.3% on 2006, according to market research company Dun & Bradstreet.
At the same time bankruptcies dropped by 3,991 or 3.3%.
A 2005 study by St Gallen University on entrepreneurship in Switzerland showed 6.1% of adults in the country had been involved in the creation of a firm within three-and-a-half years of the survey.
Nearly 10% of the adult Swiss population was an owner-manager of a company more than three-and-a-half years old.
About 40% of new firms were created by women, the study found.
The average age of Swiss entrepreneurs in 2005 was 39. 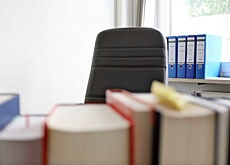 Tens of thousands of jobs may be at risk as bosses of Swiss small and medium-sized enterprises (SMEs) struggle to find a successor, a report has ... 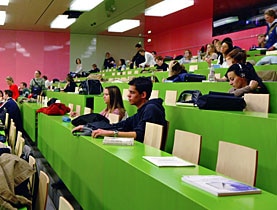 Switzerland has come fourth in a worldwide globalisation ranking for 2008 – up two places on last year. Economic Institute KOF's Index of ... 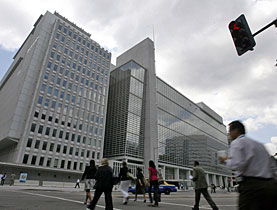 Swiss firms are relatively unhindered by red tape in international comparison but minority shareholders get a raw deal, according to a World Bank ...