Victims of martial law under the late Philippine strongman Ferdinand Marcos are finally nearing their payday from the fortunes he once stashed away in Swiss banks. Despite its frustrations, the complex financial process now serves as an international model for the recovery of so-called dictator assets.

Nearly 47,000 victims’ claims have been filed, more than double expectations, and more are being accepted until May 30. Payment is expected by next year – exactly three decades after Swiss authorities first froze Marcos’ hidden deposits.

The long wait has compounded problems, according to one post on the Facebook page of the Philippines’ Human Rights Victims’ Claims Board.

“It is already difficult to rehash and relive the experience, and to go through this over and over again because of technicalities is very, very, very frustrating,” Marlette Marasigan wrote. “We are already victims here and now we're victims of the process, too.”

The legal process in virtually all such cases worldwide is long and tedious by all accounts, using a method charted by Switzerland and the Philippines in their negotiations.

Switzerland has led the way globally by restoring $1.8 billion (CHF1.7 billion) to countries, including the Philippines, pillaged by their rulers. That represents more than a third of the $5 billion in global restitution estimated by the World Bank.

It also highlights the relatively weak competition to be best-in-class among do-gooders, according to Gretta Fenner, managing director of the Basel Institute on Governance, which helps nations recover assets and fight corruption

“Switzerland’s a bit of a lonely kid,” she told swissinfo.ch. “The Swiss alone can’t end this battle.”

Switzerland and its bankers steeped in a tradition of secrecy have worked over the past couple decades to shed a reputation as launderer of the world’s dirty money. Pressure from the United States and other countries to combat tax evasion and white-collar crime also encouraged more transparency.

The freezing of Marcos’ Swiss bank deposits in 1986 was the first time the Swiss government set out to return such funds to their rightful owners.

“From then on, that’s when the Swiss started developing their asset recovery policy, really with the Marcos case,” said Fenner.

"Whether this was for PR reasons or because of a real sense of responsibility and an understanding of the role of Switzerland in combating corruption, I don’t know,” she said. “But it's clear that by then the Swiss understood that recovery was an issue that concerned them."

The Marcos case benefited from political will and close cooperation of two countries whose relations go back more than 150 years.

The $685 million that the Swiss blocked in Marcos’ accounts is “one of the largest sums ever returned by any government to a country formerly ruled by a kleptocratic regime”, Swiss foreign ministry spokesman Stefan von Below told swissinfo.ch.

“It marked the beginning of the global asset recovery agenda and has set new standards for future restitution and potential use of illegally acquired funds,” he said. “It also had a direct impact on the negotiations of the UN Convention against Corruption (UNCAC), which devotes an entire chapter to asset recovery.”

For the Philippines, the returned money helps bring closure to a difficult era. For Switzerland, it bolsters an argument that the country is serious about no longer letting dictators and autocratic regimes abuse its financial centres.

Returning looted public funds typically takes at least a few years, depending on the degree of information-sharing and cooperation between countries, and involves complex legal and financial questions. New Swiss laws have sought to speed the process.

Such restitution is now considered a priority for Swiss foreign policy.

“Switzerland has even become a world leader in this field,” von Below said.

It took years of negotiation and court rulings in both countries to hammer out how the Philippines could use the $685 million. Two-thirds were put toward agrarian reforms to benefit landless farmers, in keeping with the 1987 Constitution. The other third is for victims’ compensation.

President Benigno Aquino III set up the claims board in February 2014 to compensate victims and families who suffered abuses such as torture, summary executions and disappearances of political opponents during Marcos’ 20-year autocratic rule.

The Swiss government has been offering technical assistance to the board, which must authenticate claims before the money is paid out.

Aquino’s administration hopes to distribute the money before the end of his term in June 2016, said Andres Bautista, a Harvard-educated lawyer appointed by Aquino to chair the Presidential Commission on Good Government, which is in charge of recovering Marcos’ illicit wealth.

Marcos, who imposed martial law in his homeland from 1972 to 1981, died in exile in Hawaii in 1989 without admitting wrongdoing.

The Philippine government has recovered about $4 billion of Marcos’ assets, much of it plundered from the coconut industry, but believes up to $6 billion more may still be hidden somewhere.

Lost treasures keep turning up. Last year, for example, a former aide to the ex-Philippines first lady was imprisoned for plotting to sell a $32 million Claude Monet painting to a Swiss buyer.

“That’s why we continue to be on the lookout for money in Switzerland and other European countries,” said Bautista, though he added that Swiss authorities have told the Philippine government there are no more hidden Marcos accounts.

Despite those differences, others have fallen away. Any initial concerns that a wealthy country such as Switzerland might be interfering with the Philippines’ sovereignty have given way to a process driven by shared interests.

“We don't see any interference on the part of the Swiss government to express their preference for the money to go to the victims,” Bautista told swissinfo.ch. “We don't see it as interference, because it is something we believe in as well.”

Switzerland has been one of the favourite hiding places for the ill-gotten gains of the world’s dictators. The Swiss government now wants to ...

Cabinet has presented a draft bill setting the rules for the freezing and restoring of assets obtained illegally by foreign dictators and ... 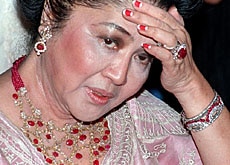 Some $650 million (SFr890 million) in frozen Swiss bank deposits of the late Philippines dictator, Ferdinand Marcos, is to be handed over to the ...

Handing back stolen state assets is complex and time-consuming but remarkable progress has been made, declared Swiss President Didier Burkhalter ...

Four years after the fall of Tunisian dictator Zine el-Abidine Ben Ali, the country is still chasing the fortunes stolen by the disgraced leader.

The chaos in post-revolutionary Egypt following the fall of the regime of Hosni Mubarak and a lack of independence of the country’s judiciary ...