The historian who chaired an expert commission investigating Switzerland's role in the Second World War has died.

Jean-François Bergier died on Thursday morning at the age of 77 at a hospital in Blonay, near Lake Geneva, after a short battle with cancer, his family said.

The independent commission of experts (ICE) was set up in 1996 in response to a scandal involving dormant Swiss bank accounts belonging to victims of the Holocaust.

The ICE's mandate was to investigate the volume and fate of assets moved to Switzerland before, during and immediately after the war. Its final report, published in 2002, shattered many myths about the country's wartime history.

Bergier's commission found that government and industry had cooperated with the Nazis, and that Switzerland had turned away thousands of Jewish refugees at its borders.

The report, named after Bergier, also destroyed the idea that Switzerland's defences had saved it from Nazi invasion, and highlighted the uneasy relationship the Swiss had maintained with Germany.

Ruth Dreifuss, who was a member of the government when the commission was set up, told swissinfo.ch that she was saddened by the news of his death and said that Switzerland owed him a debt of gratitude for his role as a teacher and professor and for presiding over the commission.

"I think the Bergier report was of utmost importance. It is always difficult to know exactly the history of dramatic facts and the report, which in my view is a very balanced one, gives a good picture of what Switzerland did and how Switzerland reacted during the time of the Second World War."

But the Swiss People's Party parliamentarian Oskar Freysinger noted that while he regretted the historian's death, the value of the commission's report was questionable.

"The end result was dictated ahead of time. It was an order that was given to sweeten the Americans and the World Jewish Congress."

In a 2007 interview with swissinfo.ch Bergier said he hoped the commission's report had made Switzerland aware of its past.

"We had to find the fair view of reality - between the rosy picture [of Switzerland] some had tried to promote during the Cold War and the criticism which arose in some circles from the 1970s," he said.

At the same time he said it was a pity that some of the deficiencies pointed out by the commission were not taken into consideration.

"And above all there's the issue of Switzerland's historical responsibility. You have to be responsible for your past. On that condition you can face the future clearly and calmly," he said.

Bergier belonged to a number of institutions, among them, the Institut de France and the Royal Academy of Belgium.

He studied in Geneva, Munich, Paris and Oxford and specialised in the economic, social and cultural history of Switzerland and other alpine countries.

He held a number of university posts including the professorial chair of history at the Swiss Federal Institute of Technology in Zurich from 1969 to 1999 and was a visiting professor at Sorbonne University in Paris.

December 13, 1996: Parliament approves a decree on historic and judicial research into the assets that arrived in Switzerland as a result of the National Socialist regime in Germany.

December 19: The government names the independent commission of experts. They take up their task in May, 1997.

May 1998: Presentation of intermediate report, "Switzerland and gold transactions during the Second World War".

March 2002: The commission gives the government its final report – 600 pages, which complements the 11,000 of the 25 volumes published.

The commission is disbanded after a five-year operation that cost SFr22 million ($18.3 million).

Ten years after Swiss banks agreed to pay back assets to Holocaust victims, one of the deal's chief architects said it helped lift a cloud over ... 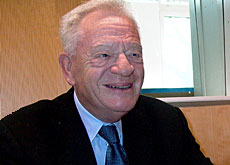 Five years after the publication of his report on Switzerland during the Second World War, Jean-François Bergier says he is disappointed by the ... 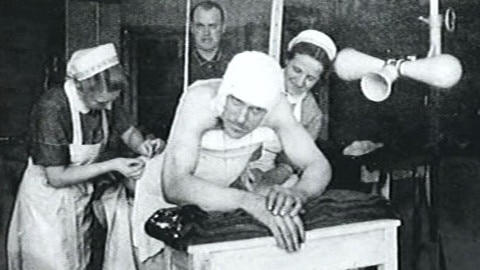