Switzerland’s ‘opt-in’ policy makes it hard for doctors to obtain patient consent, but ethicists object to the alternative – currently the norm in Europe – of assuming everyone’s a potential organ donor. Can ethical arguments be reconciled with the harsh realities of medical decision-making?

Switzerland is one of the world’s wealthiest nations, and medical resources are not nearly as scarce as in many other countries. Yet demand for organs in Switzerland is at an all-time high. According to pro-organ donation non-profit Swisstransplantexternal link, an average of two people on Switzerland’s transplant waiting list die per week while in line for an organ. By the end of last year, there were 1,480 Swiss residents waiting for transplants – 38% more than in 2010.

Switzerland registered just 111 organ donors who were in a brain-dead state, or who had died of cardiac arrest, in 2016. This figure corresponds to 13.3 organ donors per million inhabitants – which puts Switzerland in the bottom third of the European ranking.

Swisstransplant CEO Franz Immer told swissinfo.ch that the shortage is exacerbated by Switzerland’s policy of explicit consent, which requires medical care providers to obtain the permission of a patient – or that of their next-of-kin – before organs can be donated. But when the decision falls to family members, most refuse to give this permission – often because they are simply unsure of their loved one’s wishes.

“The main issue is that we do not know the preference of a potential organ donor in the intensive care unit, which leads to a refusal rate in Switzerland of 60% – this is very high compared to France at 25%,” Immer said.

To complicate matters, there is no formal registry of donor card holders in Switzerland. Under the explicit consent model, the Swiss government decided that apart from being prohibitively expensive to set up and maintain, such a registry could potentially compromise data safety.

“We know that the vast majority of the Swiss population is in favour of organ donation, but only five out of 100 donors carry a donor card – for the other 95, the next-of-kin must make the decision,” Immer explained.

In the fall of 2016, Swisstransplant and the Federal Office of Public Health launched a nationwide campaign to get people thinking about becoming organ donors – and even more importantly, discussing their preferences with their loved ones. Immer says that reaching the campaign’s ambitious goal of 20 donors per million inhabitants by 2018 could allow the needs of patients to be met.

In 2013, the Swiss cabinet decided against instituting a system of “presumed consent,” which would have made it possible for all people to donate organs after death unless they expressly refused. It’s the model that currently exists in a majority of European countries, with France most recently adopting it on January 1 this year.

The Swiss National Advisory Commission on Biomedical Ethics, however, unanimously opposed the initiative. The Commission, which is dedicated to informing policy and clarifying ethical issues for the Swiss cabinet, parliament and public, argued that a system of presumed consent would threaten people’s rights.

“Presumed consent jeopardises individual rights, as it may lead to organs being removed without the requisite consent,” the Commission declared in its opinionexternal link. “Silence can only be construed as an implicit form of consent under a mandatory declaration system. However, the Commission is opposed to mandatory declarations on the grounds of individual freedom.”

In 2015, the issue was raised again by the Swiss parliament, and again rejected by the House of Representatives. But the battle may still not be over, says Immer.

“The [organ donor] numbers are so bad that that modes of consent are going to return to the centre of political debates in 2018,” he told French-language Swiss newspaper Le Matinexternal link in early January.

Stefan Regenscheit, association manager of Switzerland’s Donor Care Association, says his organisation has also been raising awareness about organ donation within the current legal framework since it was founded in 2012.

“I’m convinced there is potential to get more consent, but it’s always a challenge to speak about donation with deeply emotional and distressed family members,” Regenscheit told swissinfo.ch.

“We strictly avoid giving pressure or confronting [relatives] with the need for donated organs in the current system of explicit consent. An “opt-out” system might therefore be helpful primarily to protect them from having to make an urgent decision.”

Last year, researchers from Switzerland and the UK found that the recommendations of experts like those on the National Advisory Commission on Biomedical Ethics don’t always match up with what other groups see as being fair when it comes to organ donation.

For their study, which was published in PLOSexternal link in June 2016, the researchers surveyed 1,200 doctors, medical students, and laypeople in Switzerland, asking them to rate the fairness of different schemes for allocating 100 donor kidneys among 500 patients in a hypothetical scenario.

Lay people tended to answer that it was fairest to give top priority to patients who are sickest, while most doctors selected the criterion of prognosis – a patient’s likelihood of surviving if given the organ – as being the most fair. Both tended to agree that prioritising organ recipients based on other factors – such as a lottery, or willingness to pay for treatment – was “very unfair”.

But these responses clashed with research by professional ethicists, who concluded that the ‘waiting list’ and ‘sickness’ principles were not “morally justifiable”. They tended to prefer a system that included a lottery, and to prioritise younger patients.

“It was a kind of reality check to contrast the prescriptive ethical argument with what we can observe in different stakeholder groups,” study co-author Pius Krütliexternal link of the Swiss Federal Institute of Technology ETH Zurich told swissinfo.ch.

Krütli concludes that including the input of multiple groups – particularly lay people – could be wise when developing medical policies like those governing organ donation.

But for those on the ground in Swiss hospitals, the system of consent – whether presumed or explicit – isn’t the central issue when it comes to managing the sensitive topic of organ transplants.

Nicolas Müller, head of the University Hospital Zurich Transplant Center, says that requesting consent from next-of-kin will likely always play a key role in organ donation in Switzerland, regardless of which system it uses.

“I think healthcare professionals feel, at least in Switzerland, that even if there is a written consent like a donor card, usually the next of kin should be asked. We would never overrule [their decision],” he says.

“The main issue is really the refusal rate – I think Switzerland would have the same potential donor rate as in Austria or France for example, but [relatives] are unsure of what the deceased really wanted.”

Currently in Switzerland, the Regulation on the Allocation of Organs for Transplantationexternal link dictates who receives donor hearts, lungs, livers, kidneys, pancreas, and small intestines. Specific rules vary depending on the organ, but in general, priority is given based on the ‘sickness’ criterion – i.e., patients whose health is threatened most without the organ. Second priority is given to patients based on the ‘prognosis’ criterion, or those patients who can expect the greatest medical benefit from receiving the organ. If two patients are judged to have the same level of sickness and prognosis, then their places on the waiting list are used as a tie-breaker.

There are six hospitals nationwide that are authorised to carry out certain types of organ transplants by the Federal Office of Public Health: the University hospitals in Geneva, Lausanne, Bern, Basel and Zurich, plus the cantonal hospital in St. Gallen.

Living donors – who can either donate directly to a known recipient such as a friend or family member, or anonymously to an unknown recipient –  must first complete medical and psychological testing. In Switzerland, the procedures for living organ donations are covered by the recipient’s health insurance.

Is organ donation something you've discussed, or plan to discuss, with your close family members? Share your comment below! 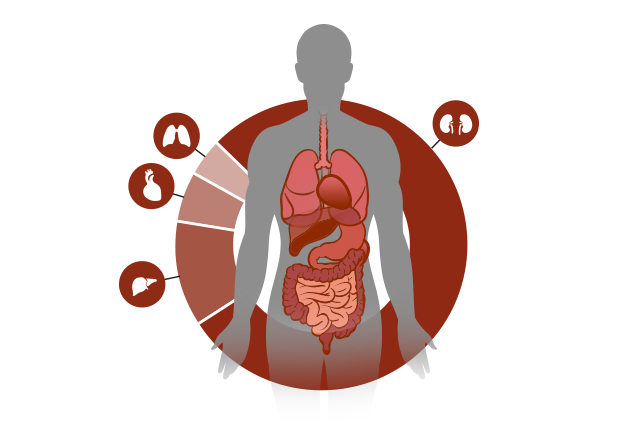 With neighbouring France introducing ‘presumed consent’ from 2017, Switzerland still requires consent from donors or their family before organs ...

Organ shortage A donor card on your phone

The Swiss cabinet has come out against automatic organ donation – when anyone who has not refused is considered a donor. It hopes an action plan ...

A national campaign has been launched in Switzerland to get people to talk about the “sensitive topic” of organ donation.