Switzerland has rehabilitated over 100 people condemned for helping victims of Nazi persecution enter the country during the Second World War.

Parliament's committee for rehabilitation, which has completed its search of military court records held by the Federal Archives, has now called on cantons and individuals to produce further names.

The committee announced on Tuesday that since the introduction of a law in 2004 overturning wartime sentences, a total of 119 people had seen their names cleared.

Altogether 68 people were rehabilitated thanks to the committee's own research at the archives. Another 48 names were submitted by the Paul Grüninger foundation, named after a former St Gallen police commander.

Grüninger, who was posthumously rehabilitated in 1995, had been prosecuted for faking documents to save thousands of Jews from the Nazi regime.

The sentences of another three people were overturned after they or family members submitted their names.

The committee searched the archives for the period between December 1940 and the end of the war, the time during which the Swiss border was tightly controlled by the army. Only military court records were considered because the armed forces were responsible for any trials.

No further research will take place at the archives, but the committee will continue to consider new cases brought to its attention.

It has suggested the cantons search their own archives for court decisions against refugee helpers. This would mostly concern the time before the borders were shut, as local tribunals were responsible for sentencing then.

The committee will accept submissions until December 31, 2008. However, later requests that can be justified will also be considered until the end of 2011.

Although Switzerland took in more than 300,000 refugees from the countries under the control of the Nazi regime, it turned away an estimated 20,000 people, mostly Jews.

To maintain its neutral status, Switzerland set up strict controls along its borders to prevent an influx of refugees. But many people living along the Swiss border braved the risk of prosecution to smuggle people into the country.

Those caught helping refugees into Switzerland were punished with a fine or even a prison sentence.

The rehabilitation law, which makes no provision for any form of compensation, is largely symbolic. It was approved by parliament in June 2003.

According the Independent Commission of Experts that investigated Switzerland's wartime past, anti-Semitism influenced the country's refugee policy during the Second World War.

Switzerland's policy of turning away Jews fleeing Nazi persecution was largely based on hostility.

Historians said thousands of people who sought sanctuary from the Nazis were turned away by Switzerland. An unknown number eventually perished in concentration camps.

The commission said that, from 1938 onwards, the Swiss authorities used racist criteria established by Nazi German law to decide whom to allow into the country. Switzerland was also involved in the marking of passports of German Jews with the infamous "J" stamp.

But despite the official policy towards Jews and other refugees, many Swiss citizens and officials assisted and defended them, often at the risk of being ostracised. 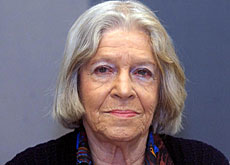 Parliament has pardoned a woman who helped smuggle wartime refugees - mostly Jews - into Switzerland during the Second World War. Aimée ...

Swiss people who were punished for helping victims of the Nazi regime cross the Swiss border will now be pardoned under a new law. But the ...

Israel has honoured five Swiss citizens for saving the lives of Jews during the Second World War. At an emotional ceremony in the Israeli embassy ...