There is no word of a Swiss businessman abducted in the southern Philippines one week ago. swissinfo.ch reports from Mindanao, an island where armed groups are rife.

The police suspect Abu Sayyaf, the most prominent Islamist group, of being behind the kidnapping of a 72-year-old Swiss-Philippine dual national, who was taken by people posing as policemen and army officials.

Last year the group kidnapped three workers with the Swiss-run International Committee of the Red Cross, including the Swiss Andreas Notter, from the island of Jolo, southwest of Mindanao. Two of the hostages were released in April, with the third freed in July.

But other armed groups – Muslim, Christian and Maoist – are equally active in the region, one of the most dangerous in the country. In the run-up to presidential elections on May 10, the government is trying to restore order in the troubled region.

“Welcome to Cotabato, the world capital of abductions,” laughs Ralph, our driver. There is a curfew on leaving the city after night fall. Even police don’t go out in the streets at night.

“It is too dangerous to patrol at night; there is a curfew in the region. The government cuts off the electricity supply and we are regularly attacked,” explains Colonel Linesese, head of police in the province.

The Committee to Protect Journalists has named the Philippines the second most dangerous country for journalists after Iraq.

On the Colonel’s desk is a report on the last kidnapping in the area, that of a Pakistani journalist two days earlier. “A villainous crime. The kidnappers demanded a ransom of six million pesos [SFr150,000]. The hostage managed to escape, but he lost everything: his camera equipment and the $800 he had on him,” Linesese says.

Only six kilometres from his office is the scene of the biggest massacre in Philippine history. To get there, the military provided an escort of 12 men armed with M-16 assault rifles.

“Don’t worry. With us, nothing can happen to you,” shouts Lieutenant Humiwat, trying to drown out the noise of his Jeep as it jolts along the dirt roads.

Amid rolling green hills, this place seems peaceful. But in November last year, 57 people died in a grizzly political massacre. “In this pit there were six bodies, and in a larger one, 22,” the lieutenant says. “They did not hesitate to kill women, in some cases mutilating the bodies beyond recognition. Their faces were riddled with bullets.”

Several large families – rivals – hold key posts in the government administration. The clans have maintained power by terrorising the population through their private armies, which can count up to 2,000 men. Originally the militias were created to serve as support to paramilitary groups battling Islamists and Maoists on the island.

The massacre forced the government’s hand. It ordered the dismantling of the country’s 112 private armies and Manilia issued a decree making any candidate maintaining a private army ineligible for office. But 600 kilometres away in the regional capital, Mindanao, few seem to care. Most local politicians just asked their men to be discreet.

To get close to one of the militias we turn to “Bapa”, the grandfather, as everybody here calls him. Officially he works for a non-governmental organisation that works for peace. More often he serves as an intermediary and negotiator between the government, army and militias.

“Take my car, which everybody recognises, and at least you will be sure they don’t make us targets,” Bapa says. After an hour’s drive the mode of transport changes to a canoe.

When we drop anchor it feels more like Sierra Leone a decade ago: scores of men with rifles under their arms, waiting for us amid the bushes.

The former peasants were forced to take up arms to defend their land and their crops. Their hamlet of Reina Regente is situated on the border between Catholic and Muslim territories.

Here the war was born of the political rivalry between two clan leaders, and also of the constant feuds between Muslim guerrillas and the Catholic resistance.

“Yes, the government wants us to lay down arms but we cannot,” says Yun, the oldest among the militiamen. “Who will guarantee that others will lay down their arms? If we demobilise and others do not, they will take the opportunity to kill us.”

A few metres away a house in ruins confirms his statement. “Our opponents attacked us. They burned our houses. We were forced to rebuild everything later,” he says.

Authorities say there are two million illegal small arms in circulation in the country. In Reina Regente, as with the rest of the country, the first to suffer from this extreme militarisation are civilians.

Ironically, since Manila decided to liquidate private armies, some warlords have laid off their troops. Unpaid, the villagers have resorted to the fastest way to earn money: kidnapping.

Located in the southern Philippines, Mindanao is the archipelago’s second-largest island at approximately 95,000 square kilometres. Its population is more than 20 million.

The island’s large Muslim minority has traditionally rebelled against the government.

In April 2009 Andreas Notter, a worker for the ICRC, was released after 93 days in captivity.

The Swiss national was taken by Abu Sayyaf, an Islamic rebel group, on Jolo Island, along with an Italian and a Philippine nun.

The circumstances surrounding his release are unclear. The ICRC denied a ransom was paid although newspapers reported Abu Sayyaf had been paid off for the earlier release of the nun.

Andal Ampatuan Jr., mayor of the town of Datu Unsay, wanted to dispose of his political rival, part of the country’s most powerful political clan an ally to current President Gloria Arroyo.

Despite the threats, Esmael Mangudadatu, vice-mayor of the town of Buluan, on November 23, 2009 sent some of his family and supporters to file his candidacy for 2010 elections.

The convoy, followed by 32 journalists, was hijacked by a group of 100 or so men, who led them into the hills, where they were killed one by one.

57 people, including 32 journalists and Mangudadatu‘s wife, sister and daughters, as well as lawyers and other motorists were killed. The bodies and the vehicles were dumped in mass graves. The army was alerted and the militia fled.

Since then, six Ampatuan clan members have been arrested. They are awaiting trial. In total, 197 people have been charged with murder in the case although many are still at large. 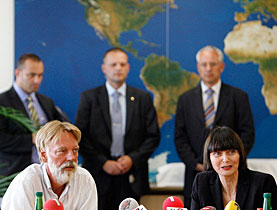 Who should pay for dramatic rescues? Werner Greiner, who returned to Switzerland on Tuesday after being held for six months in Mali, is hoping ... 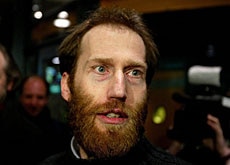 A Swiss court has rejected a lawsuit by the Dutch government seeking to recover ransom money paid to release an employee of a Swiss aid agency in ... 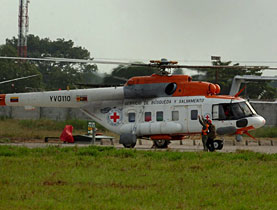 Switzerland has hailed the release of two women hostages by left-wing rebels in Colombia, a move seen as raising hopes for dozens of others held ...

How much should governments be held responsible if tourists ignore travel warnings?

Two Swiss have been freed after being captured by Taliban while holidaying in remote Pakistan. The Swiss government has denied reports a ransom ...