Visiting Baden with a travel writer

In 99.9 Ways To Travel Switzerland Like a Localexternal link, Panozzo focuses on attractions and activities that might go unexplored by the average visitor. 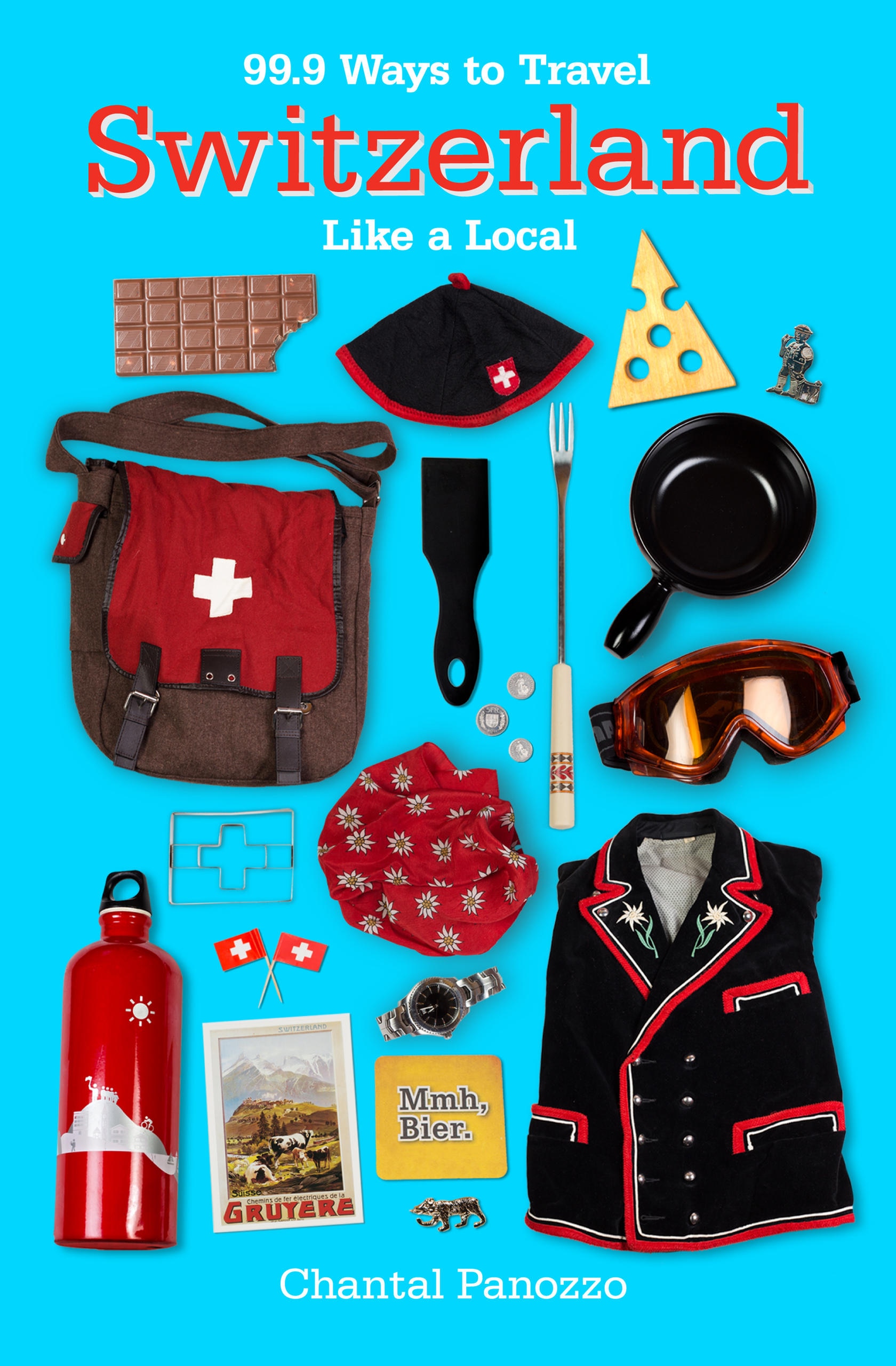 Panozzo’s inspiration came partly from two bus tours that she took prior to moving to Switzerland.

“These were geared towards Americans, and you went to Zurich for one day, and then Lucerne, and then Zermatt – and that was it,” recalls Panozzo. “But once I lived here I realized that the things on these itineraries aren’t the things that the Swiss themselves are really going to see.”

Panozzo moved from Chicago to the town of Baden in 2006, after her husband was offered a job in Switzerland. She herself found work as a copywriter in Zurich.

One of the first things they did was invest in rail passesexternal link which provided them with nearly unlimited travel on Swiss trains, buses, trams and boats. It was also a good excuse to see places they might have skipped otherwise.

“We’d walk the three minutes to the station and just get on whatever train that showed up,” explains Panozzo, “And then we’d get off somewhere we hadn’t been. This brought us to places that were unexpected, and pleasantly so. This book is about those kinds of places,” Panozzo says. She also got ideas from local friends, who preferred lesser known destinations like Arosa and Oberwald to popular resorts such as Interlaken and Zermatt.

Panozzo says her book is for three types of readers: “Tourists re-thinking their version of touring. Expatriates who want to get to know the country better. And Swiss themselves who want to experience something they haven’t.”

Blaring music, screaming party-goers, flying beer bottles – even at 5am! It’s all part of the excitement at Badenfahrt – loosely translated as “Baden goes” – a wild ten-day festival that happens just once per decade in Baden. Panozzo attended the 2007 edition, which featured giant replicas of the Taj Mahal, Eiffel Tower and other world-famous monuments. The theme of Badenfahrt 2017external link is “opposites” and the festival runs from August 18-27.

Full of photos, the 300-page book includes 99 chapters – each devoted to a particular Swiss experience or attraction.

“Although it’s a picnic, it’s a very elegant event, and the first time I wasn’t really properly attired or equipped. Everybody dresses up for this, and brings real wine glasses – no plastic cups or forks,” recalls Panozzo, who felt seriously out of place that first time – which was her very first week living in Switzerland.

But the last time she went, she ended up dancing in front of the band with her Swiss-born daughter, whom she also took to the annual Easter egg hunts on the museum grounds. “They have the most beautiful Easter bunnies I’ve ever seen!” raves Panozzo, who returned to Chicago with her family in 2014.

Some other tips in Panozzo’s book include watching a parade of cows returning from their summer pastures, shopping for high-end Swiss fabric in Saint Gallen, or even having a shower at a train station – something she couldn’t really imagine doing in her native United States.

The 0.9 in 99.9 ways refers to subchapters on practical issues like language, transportation, and money-saving tips.

Panozzo continues to visit Switzerland once a year to help run the annual Zurich Writers Workshopexternal link, which she co-founded. The most recent edition featured American authors Susan Jane Gilmanexternal link and Jill Alexander Essbaumexternal link, both of whom have experience living in Switzerland.

A morning in Baden with writer Chantal Panozzo

You can contact the producer of this podcast on Twitter @SMisickaexternal link. Subscribe to our podcast on iTunesexternal link to ensure that you don’t miss the next one.​​​​​​​

The sound of the alphorn lures aspiring musicians of all skill levels up into the mountains – and lungs like bellows aren’t a requirement.

“A map is the perfect pictorial way to explain and entertain,” writes Diccon Bewes, author of Around Switzerland in 80 Maps, a new book that ...

Expat, immigrant, foreigner: Whatever you call yourself, you’re in good company. One in four people living in Switzerland is not Swiss.

Susan Jane Gilman Quiet and alone in a Swiss room

Best-selling author of The Ice Cream Queen of Orchard Street, Susan Jane Gilman, shares a scoop of the sweet treat with Clare O'Dea.

"The Swiss are a bunch of coconuts"

How can you guarantee social disgrace in Switzerland? What is the Interlaken Dash? And why are the Swiss a bunch of coconuts? A book by a British ...