A prestigious Swiss auction house for fine arts and antiques is closing its doors to the public after 110 years.

Galerie Fischer in the city of Lucerne said developments on the international art market had led to the decision, notably a decline in demand for furniture, modern art, silverware and 19th century paintings.

However, the company plans to focus on private sales of works of art at international auctions, according to statement published on Friday.

Last June it announced it would no longer stage auctions in Lucerne until further notice. An auction of vintage cars attracted little interest.

It has also been a leading European auctioneer in porcelain, silver, jewellery, watches and antique arms.

During the Nazi era in Germany, Galerie Fischer organised auctions with modern art works the Hitler regime had banned as un-German, Jewish or Communist, according to an official report by a commission of Swiss historians published in 2001.

As a major hub for the sale and transfer of Nazi-looted art during the Second World War, Switzerland is said to hold the key to provenance gaps ...

Switzerland is among 49 nations meeting in the Czech Republic from Friday to discuss, among other issues, the thorny subject of art looted by the ...

Is the Bührle art collection in Zurich doing enough to locate the owners of works of art that the Nazis may have stolen?

By Ariane Gigon, in Zurich 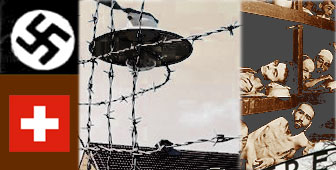 New studies into Switzerland's wartime role have shed light on the country's political and economic ties to Nazi Germany. The reports found that ...