The cabinet says it will admit two Guantanamo prisoners on humanitarian grounds. The Uighurs from the Chinese province of Xinjiang have not been charged with any crime.

The decision to accept the two men was welcomed by United States officials but was criticised by the Chinese government, which wants the men sent back to China.

The move comes a day after the authorities in canton Jura said they would issue brothers Bahtiyar and Arkin Mahnut a residence permit.

"We of course weighed up our political interests," Justice Minister Eveline Widmer-Schlumpf told a news conference on Wednesday, in reference to China's opposition.

However, Widmer-Schlumpf said the cabinet did not base its decision on relations with other states but rather on Switzerland's humanitarian traditions. She said the two Uighurs did not represent a security risk.

"Our experience thus far from where the Uighers have been resettled... suggests that this assessment is correct," Daniel Fried told swissinfo.ch

Fried is the Special Envoy for the Closure of the Guantánamo Detention Centre in the US Department of State.

“We worked with the Swiss authorities slowly and carefully,” Fried continued. “We think the Swiss decision was courageous.”

Despite Beijing's opposition to accepting the Uighurs, which the Chinese embassy in Bern repeated after learning of the Swiss government's decision, Widmer-Schlumpf said Switzerland would still "strive for good ties with China".

China has described all the Uighurs of Chinese nationality held at Guantanamo as “members of a terrorist organisation recognised [as such] by the United Nations Security Council”.

Switzerland has already accepted one Guantanamo inmate - an Uzbek who arrived in the country last month and is now residing in canton Geneva.

Widmer-Schlumpf said the US government would pay a "good part" of the cost of the resettlment of the Uighurs.

A total of 22 Chinese Uighurs were detained in Guantánamo, the jail at the United States base in Cuba.

They were suspected of being members of the al-Qaida-supported East Turkestan Islamic Movement.

The US authorities declared all of them innocent in 2004 and 2005, and ruled that they could be released.

Washington has refused to send them to China where they could be persecuted.

From Albania to Palau

Five Uighurs went to Albania in 2006, four to Bermuda last June, and six to Palau, a Pacific Ocean archipelago, in October. One of those who was accepted in Albania has since gone to Sweden, which has given him refugee status.

Seven are still in Guantanamo, including the Mahnut brothers.

Bahtiyar was offered asylum in Palau, but he refused to go without Arkin, who is reported to be ill, and who could not be treated there.

Bahtiyar’s US lawyer said the brothers were arrested and ended up in Guantanamo under dubious circumstances.

Bahtiyar had gone to Pakistan to find a better life. His brother reportedly went to persuade him to return home.

During their invasion of Aghanistan at the end of 2001, US troops dropped leaflets there and in Pakistan, promising large rewards for any “terrorists” who were handed over.

The Uighurs are a Turkic-speaking Muslim people, who live mainly in China’s northwestern province of Xinjiang.

The area is not only energy-rich but also strategically located in Central Asia.

Uighurs have been displaced as the largest ethnic group in their homeland by an influx of ethnic Han Chinese – the group which accounts for more than 90% of China’s population as a whole.

In recent years there has been unrest in the area, blamed by Beijing on separatists and “terrorists”.

Rights groups and exiles say the unrest has been sparked by Chinese attempts to suppress Uighur religious and cultural rights.

Other critics say that ethnic tension has been stoked by inequalities in the benefits arising from central government investments in the region.

Clashes in the Xinjiang capital, Urumchi, in July 2009 left nearly 200 people dead, most of them Han Chinese.

A number of the rioters have since been put on trial, and some have been given death sentences. Nine have already been executed, according to Chinese state media.

Economic relations between Switzerland and China are booming, with trade growing at an annual rate of 20-30 per cent. Whereas in the past ... 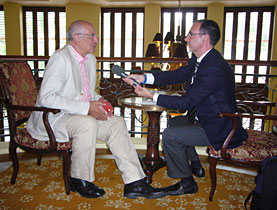 "We must not put China on trial"

Swiss President Pascal Couchepin, who is on a ten-day trip to Asia, has arrived in the Chinese capital, Beijing, for the opening ceremony of the ... 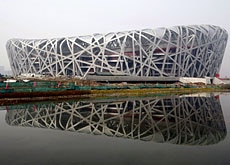 Switzerland and China are to strengthen cooperation in the fight against organised crime, especially in the run-up to the Beijing 2008 Olympic Games. 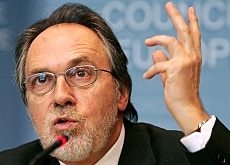 US rejects visit by Swiss to Guantanamo Bay

Swiss senator Dick Marty says the United States has turned down his request to visit the controversial US prison at Guantanamo Bay in Cuba. ... 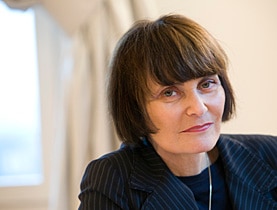 Those responsible for torturing prisoners at the Guantanamo prison camp must be made to answer for their crimes before a court, Swiss Foreign ...