Increasing numbers of the rich and famous could soon be moving to Switzerland following the removal of residency restrictions on European Union citizens.

But experts say wealthy foreigners are also still attracted by the country’s famous tax breaks and its high quality of life.

Switzerland - whose population is made up of 20 per cent foreigners - is already home to thousands of prosperous immigrants and it is estimated that at least half of the country’s 300 richest people come from abroad.

Some, such as Ingvar Kamprad, founder of furniture empire Ikea, are among the world’s richest businessmen.

Others come from the world of entertainment, such as singers Phil Collins and Tina Turner, or sport, like motor-racing driver Michael Schumacher and former tennis champion Boris Becker.

But due to the lifting of settlement and labour restrictions on EU citizens last year, they may soon find their privileged haunts on the shores of Lake Zurich or Lake Geneva becoming more crowded.

"Since June 2004, European citizens have not needed a work permit in order to take up residence in Switzerland," said the Federal Migration Office’s Mario Tuor. "They just need to prove they have the funds to support themselves."

Previously there were a lot of legal restrictions to settling down in Switzerland, with even the wealthiest of Europeans being refused residency in more than 50 per cent of cases.

One of Switzerland’s most famous attractions remains its relaxed tax regime for rich non-Swiss citizens.

But François Micheloud, who runs a relocation firm for foreigners coming to Switzerland, says this is not the only reason for the country’s popularity.

"It is true that Switzerland would not attract many foreigners if it had a tax regime like that of Finland. But nor can it be regarded as a tax haven," he told swissinfo.

"A billionaire trying to avoid tax is more likely to move to Monaco or the Bahamas," added Micheloud, who has advised people from 90 different countries, including Britain, France and Scandinavia.

Micheloud says there are other factors – often under-rated – which make Switzerland so attractive. One of these is its central position in Europe.

This factor is particularly important for Scandinavians, who, living so far north, are a long way from the Mediterranean holiday resorts and suffer from lack of sunshine during the long winter.

Another plus point, particularly appreciated by the British, is Swiss efficiency.

"In Britain, my clients tell me, many public and social services have deteriorated over the last 20 or 30 years," said Micheloud, adding that the Swiss health system is particularly valued.

The consultant says that the British also feel more secure in Switzerland. "They believe that their children will be able to grow up in a friendly environment, without bullying or violence in schools," he said.

Micheloud’s French clients are mainly attracted to the Swiss shores of Lake Geneva, an area which is geographically and culturally close to France. It is also quieter and has more privacy.

But what impresses the French the most is the Swiss sense of civic duty. And this goes much deeper than the traditional Swiss reputation for order, cleanliness and care for the environment.

"Some of my clients have been surprised to find that children in Switzerland are openly friendly towards adults. That’s how it was in France 50 years ago, they say, and they find it quite moving," explained Micheloud.

The French are also attracted by the simplicity of life in Switzerland with its smaller towns, lighter traffic and less bureaucracy.

Overall, Micheloud is convinced that the advantages of life in Switzerland are manifold.

"Many Swiss people are unaware of it, but our country offers a quality of life that is hard to find elsewhere," he told swissinfo.

"For many foreigners, the idea of living out their days in Switzerland is the height of social success."

An accord on the free movement of people from the 15 original EU states came into effect in June 2004. A ballot to extend this to the ten new member states will take place on September 25.

Switzerland can impose a quota system on European citizens but this will no longer be possible after 2007. 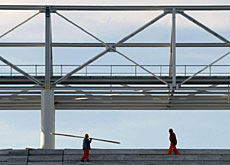 In Switzerland one worker in five is foreign, with a growing number of workers coming from northern Europe – in particular neighbouring Germany. ... 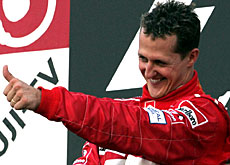 Despite growing public opposition, some 3,000 wealthy foreigners in Switzerland benefit from special tax perks and the country’s complex fiscal ...