After an accident involving street racers in which an innocent woman died, the head of a road safety group tells swissinfo that a stronger line is needed.

Roland Wiederkehr, head of RoadCross, says offenders should be made to visit victims in hospital and calls on the government to show more courage in confronting the car industry.

Late on November 8, teenage drivers were racing along roads in canton Solothurn in heavy fog at speeds of up to 100km/h when, trying to overtake each other, they hit an oncoming car.

A 21-year-old woman passenger in that car died, while the driver and another passenger were injured. The driver responsible for the crash and his 19-year-old passenger, were uninjured. The two other racers fled the scene but were stopped a few hours later.

This was not an isolated incident, and on Monday RoadCross organised a demonstration in the Swiss capital, Bern, "to shake the legal authorities out of their sleep", as Wiederkehr put it.

Roland Wiederkehr: They're probably too immature. Pictures of these street racers show they are barely out of boyhood. They're sitting on an incredible amount of horsepower but don't appreciate the risks and can't put themselves in the victim's shoes.

We can say that 18-year-olds are clearly too young to drive, but it's hard to implement legally. This is why we've been calling for power limits to the engines of drivers under 25.

But the government then points to freedom of trade. That is totally inconsistent if you look at the restrictions placed on motorcyclists – you can't ride a powerful motorbike until you are 25.

swissinfo: Street-racing accidents are increasingly caused by young foreigners. How will RoadCross reach them?

R.W.: There are many Serbian, Albanian and Kosovo-Albanian immigrants in Switzerland who have integrated well and they are fed up with these youngsters continuously giving them a bad reputation.

For three years we're been running very successful prevention events, above all in further education colleges and large firms. We try to get the message across that such accidents destroy not only the lives of the victims but also those of the racers – they have to pay for what they did for their whole life.

However, we'll never be able to make everyone change how they drive. Testosterone will always be a factor with these young men, who by and large have a poor education, few chances in life and who have to express themselves through their cars. With someone who doesn't want to learn, you just have to work much harder.

It's also worth appealing to the young women, who as passengers are often victims of speed-racing accidents, to curb the macho-driven excesses of their boyfriends. The women should tell them that if they don't drive properly, they're not going to get in the car.

swissinfo: Various speed-racing measures are being discussed. Parliament wants to turn racers' cars into scrap and introduce black boxes. Some people are also calling for tougher penalties. Are these measures going in the right direction?

R.W.: I've never been a fan of long prison sentences, but people must atone for what they have done.

Conditional sentences – whether prison or fines – are completely useless. What hurts racers the most is taking away their driving licence or impounding their car.

The best solution, however, would be to make these people do community work. This is actually planned in the law, but it won't be implemented. They should for example be made to confront victims of traffic accidents in hospitals or rehabilitation centres.

swissinfo: You founded RoadCross around 20 years ago. What is your reaction when, despite all your work, you see such tragic street-racing accidents?

R.W.: The problem is that driving is such a highly emotional issue and that everyone thinks such things happen only to other people. They say to themselves: "I know how to drive – I'll be all right. Plus I'm insured".

But that's not how it is. I often hear people saying: "I never realised we lived in such a banana republic". The victims are completely forgotten. Recently the authorities failed repeatedly to take away the licence of street racers who killed girls – the offenders have just been given a two-year conditional sentence.

swissinfo: On the one hand the car industry advertises powerful cars and the thrill of speed – Audi currently has an advert on its website which features a race. On the other, parliament is trying to combat street racers. Isn't that hypocritical?

R.W.: Completely. Especially since people always then say Switzerland does not manufacture cars. But we still import them and the product liability law enables us to remove dangerous products from circulation.

Although the bodywork of off-roaders is less sharp than it used to be, an arms race still takes place on the streets in the form of power. European governments should be standing together and saying "we don't want this any more" – but in fact the opposite is the case.

There are adverts which say: this cars shows you are intelligent, independent – a real man. So long as society places so much value on appearances, that's hardly going to change.

The illusion is given that everything can be controlled – and that is what we have to fix. The cabinet must be forced to deal with that. The transport ministry needs to show more courage and work to limit the performance of cars.

The early 1970s were the worst years for road accidents in Switzerland when the annual average was around 35,000. The Swiss population is now 7.5 million.
The highest number of road fatalities was also registered during this period, with a record 1,773 deaths in 1971.
The number killed in road accidents has been declining steadily since 1995, when nearly 700 people died.
The number of road deaths per million people in Switzerland in 2006 was 49, compared with 62 in Germany, 74 in France, 88 in Austria and 92 in Italy.

One person dies every day in Switzerland from a road-related accident, according to RoadCross, which marked the World Day of Remembrance for Road Traffic Victims on November 16. Another 14 people are seriously injured daily.

RoadCross organised a public demonstration in Fribourg to mark the day, with relatives of victims speaking about the violent nature of road accidents.

The organisation also called on the public to become familiar with a draft road safety programme, Via Sicura, that has been put forward by the government.

The government plans to finance the road safety package, which will cost up to SFr300 million ($250 million), from traffic fines and higher insurance premiums. 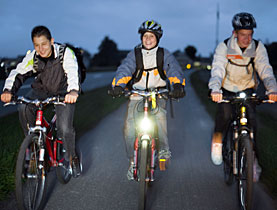 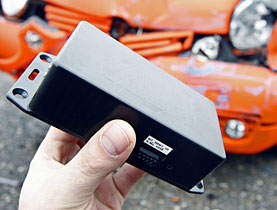