Thalidomide, initially used as a sedative and then to alleviate morning sickness, turned out to have drastic consequences for thousands of pregnant women and their children in a worldwide scandal that also involved Switzerland. (SRF, swissinfo.ch)

Fifty years on from a momentous court caseexternal link over the drug, Swiss public television, SRF, speaks to a well-known Swiss man affected by the drug, who says he was determined not to let it rule his life.

Thalidomide is associated with one of the most disastrous drug-related episodes of all time. More than 10,000 children worldwide, whose mothers had taken what was thought to be a harmless sleeping pill during pregnancy, are estimated to have been affected. The result of taking the drug was that children were born with birth defects, including malformations of the limbs, eyes and ears.

Thalidomide was first marketed in West Germany in 1957 as an over-the-counter drug under the trade-name Contergan. Even at higher doses it was said to pose no risks. Moreover, unlike other sleeping pills, it was not addictive, which is why it quickly became popular even among pregnant women.

After suspicions arose in 1961 of a link between the drug and the birth defects, the drug was withdrawn from the market at the end of 1961. The trial against several pharmaceutical managers of manufacturer Grünenthalexternal link began on May 27, 1968. In one of the most complex proceedings in German legal history, numerous parents of affected children acted as joint plaintiffs. A settlement was reached in April 1970. Grünenthal did not apologise for the thalidomide disaster until 2012.

In Switzerland, the active ingredient thalidomide was sold under the name Softenon. In contrast to Contergan, however, this product was only available on prescription. According to official figures, nine children were born in Switzerland with malformations caused by thalidomide. Among them is Christian Lohrexternal link, a member of the House of Representatives.

According to the German Federal Association of Thalidomide Victimsexternal link, there are still about 2,400 people living with the effects of the malformations caused by thalidomide.

"Fighter" politician unfazed by his disability

Newly-elected Christian Lohr has already had a remarkable political career – and he is only the second wheelchair-bound parliamentarian in recent ... 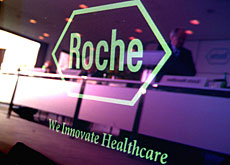 Roche loses trial over anti-acne drug in US

Swiss pharmaceutical company Roche has lost the first of 400 lawsuits in the United States, which claim that its anti-acne drug, Accutane, causes ... 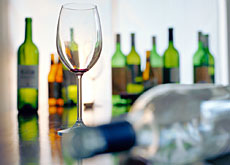 Women who consume alcohol or drugs during pregnancy could do permanent damage to their unborn child, according to the first-ever long-term study ...