Economics Minister Johann Schneider-Ammann says punitive taxes are not an appropriate measure for Switzerland to combat its strong currency. 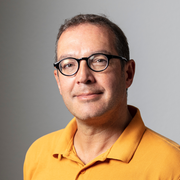 In an interview with swissinfo.ch during a week-long visit to Latin America, Schneider-Ammann, calls for efforts to reduce trade barriers.

During his visit to Brazil he signed a work placement exchange accord for graduates and held discussions about the possibility of starting free trade talks.

In Chile, Schneider-Ammann met government ministers to explore ways of boosting an existing trade agreement, with an accord on the joint recognition of professional qualifications in the services sector.

Both sides can state their interests in such talks, on behalf of their agricultural sectors and an agreement ideally reflects this. There is no reason for concern for Swiss farmers.

swissinfo.ch: Brazil, like Switzerland, has problems with its strong currency. Did you find promising ideas in your talks in Brazil?

J.S.-A.: Brazil and Switzerland are indeed in a similar situation. Both the real and the franc are overvalued. But Brazil’s economy, unlike Switzerland, suffers from inflation and relatively high interest rates.

The Brazilian government is trying to lower interests to create favourable conditions, notably for its export industry. But this comes at the price of rising inflation.

In talks with my Brazilian counterpart I got the impression that Switzerland is on the right track with its measures: It is crucial to promote innovation as well as research and education.

swissinfo.ch: Brazil grants tax breaks and levies punitive tariffs on imported cars. Could this be an example to follow for Switzerland?

J.S.-A.: Absolutely not. Switzerland is transparent and attractive for investors and we are always trying to improve our tax system.

I do not think it is a good idea to protect our market with a punitive tax.

swissinfo.ch: Do you share the concerns of many Swiss firms in Brazil about the high degree of red tape and the trade barriers?

J.S.-A.: I’m aware of the criticism. It apparently is a rather long bureaucratic process before applicants obtain the required documents. The Brazilian authorities do not deny this either.

Our visit was aimed at showing business representatives in my delegation possible ways of cutting short the long procedures.

The vice-governor of São Paulo said it was necessary to seek simpler procedures. He showed great interest in attracting foreign investors, particularly for the infrastructure sector.

Switzerland and Brazil negotiated an accord on investment protection back in 1994. But the accord was never ratified. My visit allowed me to bring the issue up.

swissinfo.ch: The Brazilian government has criticised the excesses of bankers and a lack of control in the financial sector. How do you see these issues?

J.S.-A.: Mistakes also occurred in the Swiss finance industry, to mention just the case of the UBS bank [which received a government bailout to the tune of nearly SFr70 billion ($77.6 billion) in 2009].

Every country has to do its own homework. I want to stabilise Switzerland’s finance industry.

This content was published on Feb 5, 2023 Feb 5, 2023 Switzerland can use frozen Russian assets to fund the reconstruction of Ukraine, says anti-corruption expert Mark Pieth.

It is not up to Switzerland to give instructions on the issue to friendly nations including Brazil.

swissinfo.ch: Both the Brazilian and the Swiss economies suffer a slight decline in growth. Is there a major crisis looming given the problems over the public debts of some European countries?

J.S.-A.: We have to acknowledge the economic downturn, but I reject the term crisis. The euro countries have run up high debts and have to readjust their public spending. This could result in rather moderate economic growth in European Union countries.

I’m more concerned about the situation in the far east. China, a powerhouse for the global economy, is at risk of its economy overheating which must be avoided.

I hope the slowdown will turn out to be less dramatic than expected. I remain optimistic if countries keep their borders open for trade. It is one way of avoiding to stifle economic initiatives.

swissinfo.ch: Switzerland does not want to regulate the transfer of capital. What about further efforts to give Swiss companies a preferential status in public tenders?

J.S.-A.: Markets should remain open as a principle. But I can understand that Swiss companies are keen to win as many business mandates as possible on the domestic market.

It requires not only a good price offer but an entire package including expert advice, quality customer service and financial instruments.

Last year the volume of trade between Switzerland and Brazil amounted to SFr3.2 billion, a 19% increase on 2009. Exports totalled SFr2.3 billion and imports stood at SFr849 million.

There are about 300 Swiss companies active in Brazil despite the lack of an investment protection accord between the two countries.

40% of Swiss exports to Latin America are destined for Brazil and its 190 million consumer market, which is likely to grow about 4% over the next few years.

The Brazilian currency have nearly doubled in value against the US dollar since 2003.

Johann Schneider-Ammann was elected to the Swiss cabinet about 12 months ago and took over the economics ministry.

A former business leader, he is a member of the Radical Party, which traditionally has close ties with the business community.

However, polls show that his party could face major losses in next Sunday’s parliamentary elections, jeopardising its second seat in the multi-party government.

Schneider-Ammann refused to speculate on the outcome of the elections, saying the future of the country was more important.