Switzerland's prosperity is based on open borders: Swiss companies invest massively abroad, and foreign investors are encouraged to bring their money to Switzerland.

Russian entrepreneurs were wooed at events in Moscow and St Petersburg during a recent visit by Jean-Daniel Gerber, director of Switzerland's State Secretariat for Economic Affairs, to promote bilateral trade.

Representatives of various Swiss regions were among those present. Martin Meyer of Dews, the umbrella economic promotion body for the French-speaking cantons of Jura, Neuchâtel, Valais and Vaud, told swissinfo.ch what is attractive about western Switzerland.

One advantage for Russian hi-tech companies who move their production to Switzerland is that they can then put the "Swiss made" label on their products.

The Swiss benefit because these companies create jobs and transfer know-how and bring business.

"Russia is important because it is an emerging market, and will become more and more important. For us it's important to build awareness of Switzerland as a business place."

Andrey Kruglikov is in charge of marketing for an avionics company based just outside Moscow. His company has invested in two Swiss enterprises in Neuchâtel and Grenchen.

"Switzerland is one of the most highly developed countries in the world as far as the ability to work with ideas is concerned, generating those ideas and bringing them to market," he told swissinfo.ch.

"It is not just a country with a stable currency, stable legislation and a rational tax policy, but above all it has an infrastructure to support innovative organisations."

Alexander Shcherbatov is a Russian who, in his capacity as director of the Russian Commercial Bank in Zurich, helps compatriots with their investment plans, providing advice and loans.

He cited the example of one Russian company which bought an almost bankrupt Swiss pharmaceutical company, and turned it round – tripling output within a year - by opening up the Russian market to it.

As to why no Swiss company had seized this opportunity, he explained that marketing in Russia is not easy for outsiders, especially for those who are a little bit cautious.

"Russia has an image as a very dangerous country!" he smiled.

While investments in production are welcome, Swiss regions are also keen to host trading companies, which buy commodities and sell them on to third parties. Although the commodities themselves never physically enter the country, the exports are regarded as coming from Switzerland.

However enthusiastic economic promotion organisations in the Swiss regions are about welcoming Russians, many people in Switzerland are wary about the implications.

The Russian holding company Renova, owned by Russian billionaire Viktor Vekselberg, acquired enough shares in the long-established Swiss technology concern Sulzer to remove the chairman in April, a move which sparked many negative headlines. The courts are still investigating whether Vekselberg broke Swiss law by buying up shares secretly.

"We are a long-term investor in Switzerland, we've invested in [engineering company] Oerlikon and in Sulzer, and we want to stay there and contribute to their growth and stable development," he told swissinfo.ch.

Although unable to comment in detail on the ongoing investigations, he assured swissinfo.ch that Renova had been careful to stick to the rules of Swiss law while building up its stake in Sulzer.

Gerber, also unable to comment on the Sulzer case since it is still sub judice, said Switzerland, as a major foreign investor itself, is open to investors from abroad.

"As long as our rules and regulations - which are non-discriminatory in nature - are fulfilled, Russian, American, or German investments are very welcome in Switzerland," he said.

But Sonja Wollkopf, chief operating officer of the Greater Zurich Area, accepts that the Sulzer controversy may have complicated her task of promoting the opportunities offered by her area.

"I think the Swiss business community is not yet ready for Russians. I think there are a lot of prejudices, and with the whole Vekselberg story, with Oerlikon and Sulzer, these reinforced the impressions people have about Russians," she said.

"Sometimes we get the impression that the Russians are aware of the image they have in Switzerland, which makes it more difficult for us."

Shcherbatov, as a Russian himself, has his own take on why his fellow countrymen sometimes have problems.

"We look like Europeans, but our mentality is quite different. Western Europeans expect a person who looks like them, who dresses like them, to have the same reactions as they do. But we have our own understanding of the world, so their first reaction is: 'There's something wrong with this man.'"

The Swiss national bank does not publish figures for direct Russian investments in Switzerland.

Geneva and Zug are the main centres for trading companies dealing in oil, gas and raw materials.

Russian entrepreneurs have bought shares in Swiss companies, including Sulzer and Holcim.

The Russian real-estate group Mirax is planning to build a tourist complex near Crans-Montana, to revive the moribund Aminona resort.

The advantages Switzerland uses to promote itself to Russian businesses include its liberal economic policy and the legal guarantees it can provide.

It also points to its flexible labour market and highly qualified work force.

Russians also appreciate Swiss political and economic stability and the stability of the franc.

One of the greatest difficulties facing Russian investors is the availability of financing. 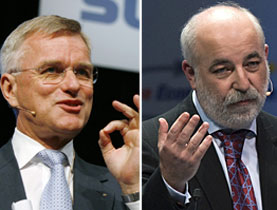 The chairman of technology concern Sulzer, Ulf Berg, has been voted out of office following a rift with major shareholder Viktor Vekselberg. The ... 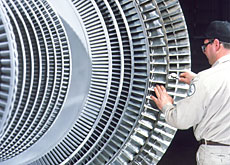 Advertising Swiss products Switzerland exports products all over the world. We take you on a quick journey around the planet to uncover Swiss ...

The superrich have been building their dream homes on the northeast coast of Lake Zurich for years. And the trend hasn't been stopped by the ...