Political observer Rudolph Thomson looks at the history of the Swiss executive branch, and lessons it may have to offer the United States. 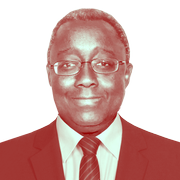 Today the Swiss Federal Council, the collective head of state and government of Switzerland, will elect its new president for a one-year term of office starting January 1, 2021. This annual non-event is a routine execution of a critical constitutional process steeped in traditions of efficiency and humility in public service. And it’s part of an idea that the tiny Alpine nation can offer to a country that is ostensibly the world’s most powerful republic.

On December 9, parliament elected Guy Parmelin as Swiss president for 2021.

The 61-year-old French-speaking economics minister from canton Vaud will take over from Simonetta Sommaruga to hold the largely ceremonial post.

The idea is a transformative thought with origins in the US Declaration of Independence and Constitution which inspired the American colonies to rid themselves of their colonial masters. Those seminal documents have continued to inspire democratic movements around the world more than 200 years later.

The Swiss drew inspiration from the American experiment with democracy to save their confederacy from internal warfare. It was the bedrock in a new Swiss constitutional framework which has underpinned one of the world’s most stable governments for 172 years.

The old Swiss Confederacy built and fiercely defended itself from invaders from 1291 through 1847. It then began to turn on itself with descent into partisanship, factionalism, and exclusivism.

Consensus out of conflict

Several domestic incidents fuelled by religious tensions between conservative, mainly Catholic cantons and Protestants culminated in the Sonderbund civil war in late 1847, which exposed weaknesses in the existing system of national governance in the confederacy.

The “Diet” – or parliament – of independent states which had long been a forum for deliberations and conflict resolution was simply overwhelmed by the new challenges of passionate religious differences and growing urban-rural rift. Without such a central forum, the union of the Swiss cantons was in danger of disintegrating, so the Swiss set out to find a way to preserve and strengthen it while holding on to their cherished individual freedoms and the independence of the cantons.

There is an uncanny parallel between the challenges the Swiss faced then and the strident partisanship and factionalism on display in the United States today. The system of “checks and balances” to maintain separate but equal authority among the three branches of government is broken and many fear a possible Constitutional crisis as a result.

US leaders may take a leaf out of Switzerland’s book, and look at how the Alpine country reacted in a similar situation. At the time, the opposing factions in the Swiss conflicts put aside their partisanship in favour of the national interest by agreeing to seek a political solution. That marked a defining moment in Swiss history and was the point at which the search for a political solution led to Switzerland’s American-style experiment with federalism in a government “for and by the people”. Given the Swiss tenacity in warfare at the time, the military option would have surely ushered in a protracted and bloody road to self-destruction.

Adapting the US model

The Swiss modified the American model, which touts equality of the powers of government, in several key ways. First, the Federal Assembly or parliament was designated as the highest federal authority, thereby underlying sovereignty of the people. Second, parliament was given the authority to appoint a collective executive or Federal Council instead of a single president in the executive role. The Swiss felt that a presidency would have encouraged excessive partisanship and commercialism in the electoral process. Parliament was also vested with the authority to appoint federal judges, and in times of war, a commanding general for the armed forces.

Switzerland’s Constitution outlines four enduring national objectives for how the Federal Republic’s branches of government should function. They are: Sovereignty of the people; independence of the cantons; territorial integrity and national cohesion; and respect and tolerance for diversity in the religious, social, and cultural differences in its citizenry.

How to make the Federal Council more weatherproof

This content was published on Dec 9, 2020 Dec 9, 2020 There's hardly any research on the Federal Council. Adrian Vatter's book makes up for that – and points out where there is room for improvement.

Seven instead of one

One of the key ways to fulfil these objectives was the choice of a Federal Council over a single president. It has emerged as one of the enduring success factors of modern Switzerland and is the epitome of managing diversity and a model of stable government. Not once since its creation in 1848 has the entire membership of the Federal Council changed at the same time. Members typically serve three to five terms and then resign or retire. A Council member has been voted off only four times since 1848.

The collective responsibility of the Federal Council as well as the unambiguous constitutional requirement for collegiality and consensus in its decision-making limits the risks of damage that an “individual rogue political leader”, or unscrupulous political faction could inflict on the nation. It also discourages factionalism and partisanship for financial gains.

Those clever adaptations of the American model are further proof that the bravery and audacity of the Swiss Confederacy was not limited to the battlefields. It took dialogue and acts of enduring statesmanship to save their union and re-invent the nation of independent city-states that had had begun 557 years earlier. Inspiration from the American experiment contributed heavily to this success, so why has the outcome been so different for the US?

I believe it’s because the American Founding Fathers did not include the tenet of governing a diverse citizenry with equal rights for all. They were not prepared or conditioned to anticipate that people of colour, Native Americans, and women could rise up and assert their human and civil rights. Hence the lofty aspirations of American Republicanism were betrayed at birth by the country’s failure to practice and promote equal justice under law for all irrespective of race, ethnicity, and gender. It ignored the immutable fact of diversity in nation-building and thereby, inadvertently sowed the seeds of division, exclusivism, and inherent civil unrest. That haunting legacy of inequality and injustice lingers on in the American psyche and threatens the fabric of the United States.

This is not to suggest that the rights of all constituent groups in the Swiss cantons were automatically recognized or respected. For example, the rights of women to vote and hold elected office, or of “foreigners” to hold rights of establishment in the country, required decades of political debate and industrial action. Now, the roles and influence of women in all walks of Swiss political and social life bear witness to significant hard-fought constitutional changes. An immigrant population of 26%, third among OECD countries, reflects Switzerland’s growing tolerance to foreigners, who have been credited with substantial contributions to the development and wealth of the country.

The American experiment in democratic republicanism has reached a crossroads and requires a reset. This can be achieved through a revision to the Constitution that asserts the sovereignty of the people, redefines the roles and responsibilities of the three powers of government and thereby eliminates the “creeping sovereignty” of government and its attendant commercialisation and exploitation of the political system.

The US Congress, like the Swiss Federal Assembly, should be given constitutional powers that make it the highest of the three branches of government. Those powers should include authority to appoint a Federal Executive Council [FEC] of nine or 11 members to four-year renewable terms to lead the government instead of the single executive presidency. The Electoral College will no longer be necessary with Congress electing the head of the executive branch. No doubt, future voters will be more far more diligent in choosing members of an empowered Congress.

It is indeed time for America to revise its Constitution to assert the sovereignty of the people, redefine the three powers of government and thereby reinvent the Republic around the values of national cohesion that inspired the Swiss in 1848.

Rudolph Thomson is the founder and managing director of VaudRisk, a risk management consulting company with focus areas in early warning and problem recognition, restructuring and remedial management. He has lived and worked in both the United States and Switzerland, and currently resides in the Swiss canton of Vaud.