Swiss coach Vladimir Petkovic has opted for continuity in his 23-man squad for the 2018 World Cup, introducing only six new faces to the group that went to Euro 2016. 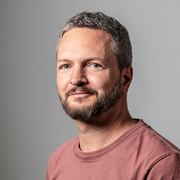 More from this author | Multimedia
swissinfo.ch

“It was a difficult decision,” Petkovic said on Monday. “But I’m convinced I’ve made the right choice. Maybe they are not the best 23 players individually, but this is the most complete squad.”

Ten players are based in the German Bundesliga and five play in Italy’s Serie A. Only one, defender Michael Lang from FC Basel, plays in Switzerland.

The youngest of the Swiss players taking part in the 2018 World CupExternal link, which kicks off in Moscow on June 14, is 21-year-old Breel Embolo. The oldest is 34-year-old Stephan Lichtsteiner, who has played for his country 99 times.

Valon Behrami is set to become the first player to represent Switzerland at four World Cups. The 33-year-old, who set an unwanted record in 2010 when he became the first Swiss to be sent off at the World Cup, has played in the last three global tournaments plus two European Championships.

As in previous tournaments, many of the players – as well as Sarajevo-born Petkovic – have an immigration background (see graphic). Of the 12 selected midfielders and forwards, ten either were born abroad or have parents who emigrated to Switzerland.

The Neuchâtel-based CIES Football ObservatoryExternal link, a research group which specialises in the statistical analysis of football, published a breakdown of the teamsExternal link that qualified for the World Cup.

The Swiss team had one of the highest proportion of players who were born abroad (31%), comprising several members with Balkan roots. Several teams had no foreign-born players, whereas 61.5% of the Moroccan squad had been born abroad. The average was 9.1%.

Finally, most of the Swiss qualifying squad (89.7%) played in foreign clubs. Every single member of the Croatian, Swedish and Icelandic squads did, whereas none of the English or Saudi squads did. The average was 64.6%.

Will being relatively young, tall and ethnically diverse translate into World Cup success? We’ll soon find out. Switzerland play Brazil on June 17, Serbia on June 22 and Costa Rica on June 27.