President-elect Joe Biden has made addressing climate change a central part of his campaign. While the return of the United States to the fight against climate change is undeniably good news, there is every reason to believe that the task will be difficult for the new president, says Augustin Fragnière of the Interdisciplinary Centre for Sustainability at the University of Lausanne. 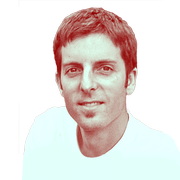 Centre for Sustainability at the University of Lausanne

Combating climate change is one of the four priorities on Joe Biden's agenda. What can we really expect from the new US government? Will Joe Biden have the means to live up to his promises and ambitions?

After four years of relentless attacks on science, destabilisation of international agreements and deregulation of greenhouse gas emissions, the entire environmental community is breathing a huge sigh of relief following the election of Joe Biden.

One of Biden’s first move as President-elect was to appoint John Kerry as the President's "Special Envoy for Climate." Not only is Kerry an outstanding and experienced negotiator, he will also be presiding over a new body at the highest level of the US government. He will be joining the National Security Council, along with the Secretary of State, the Secretary of Homeland Security and the Director of Intelligence. This alone speaks volumes about Joe Biden's focus on the threat of climate change to American interests and the rest of the world.

John Kerry, Obama's former Secretary of State, has been involved on climate issues since the 1990s. As a senator, he has been the author of several unsuccessful attempts to legislate on climate change. More recently, he played a central role in the negotiation of the Paris Agreement. It would therefore be difficult to imagine a better choice to move this issue forward on the international stage.

Augustin Fragnière works at the Interdisciplinary Centre for Sustainability at the University of Lausanne. A doctor of environmental sciences and a philosopher, he has conducted research on the ethical and political dimensions of global environmental problems in Switzerland, France and the United States. His reflections focus in particular on climate and environment.

Joe Biden was elected on the most ambitious climate programme ever presented by an American president (not very difficult some would say). This includes the promise to re-enter the Paris Agreement on the first day of his mandate, to make a $2 trillion (CHF1.8 trillion) investment in energy transition and environmental justice (40% of this must go to the most vulnerable minorities) and to put an end to fossil fuel subsidies. Biden also promises to put the country on track to achieve carbon-free electricity by 2035 and carbon neutrality by 2050.

The climate policy analysis site, Climate Action Tracker, estimates that Joe Biden's program, if implemented, will prevent the emission of 75 billion tonnes of CO2 equivalents by 2050, or about 15 years of US emissions at the current rate. Combined with China's recent announcement that it will achieve carbon neutrality in 2060, Climate Action Tracker believes that this is a tipping point in the fight against climate change that may well put the world back on track to achieve the goals of the Paris Agreement.

The architecture of the Paris Agreement is almost entirely based on the idea of emulation between countries to gradually increase ambition. The treaty does not include any binding measures, other than the obligation for each country to set a reduction target and to report on its progress every five years.

In these circumstances, it is essential to the success of this agreement that the largest emitters play the game and drag others into a virtuous spiral of ever-increasing emission reductions. Seeing the second largest emitter on the planet re-enter the agreement can only be good news from this point of view and will certainly stimulate a new wave of ambition. Yet Joe Biden will certainly face many challenges, both internally and externally, to impose his historic agenda.

First, a number of measures announced by Biden (e.g., massive investments in energy transition) will require congressional approval. Even though the Democrats have narrowly regained control of the lower house, their majority remains extremely thin and they will have to contend with a Republican party determined to play an obstructionist hand (notably by the famous "filibuster" tactic that requires a two-thirds majority to be circumvented).

Other measures, such as reviving certain greenhouse gas emission standards abandoned by Donald Trump, can be taken by executive order without congressional approval, but can also be challenged in the now conservative-majority Supreme Court.

Finally, Joe Biden will have to deal with a significant portion of the population still reluctant to accept any climate-related policy - an issue that has become a matter of political identity in a nation more divided than ever. The dramatic events of recent weeks suggest that much of Biden's attention, and the new Congress, will be devoted early in his term to managing the fallout from the assault on the Capitol and the impeachment trial of Donald Trump - not to mention the fight against the Covid-19 pandemic - thus delaying action on other issues.

Nonetheless, Joe Biden will be able to count on allies to carry out his climate policy, such as major auto makers that have already announced their support for tougher emission standards for cars, or the coalition of states, cities and organisations who have promised to continue the fight against climate change despite the country's (now temporary) exit from the Paris Agreement.

Barack Obama had to deal with an even more difficult situation when the Paris Agreement was signed in 2015, since both houses of Congress were then in Republican hands. But it should be noted that while the new president has promised to get out of fossil fuels altogether, he is also being criticised on his left for his support for natural gas as a transitional solution.

A need for long-term coherence

The new president and his special envoy for climate will have their work cut out regaining some semblance of credibility and trust among other countries. The United States has a reputation as a relatively unreliable player in climate negotiations. For a long time it refused to commit to binding resolutions on climate negotiations.

In the 1990s, the world’s largest economy played a central role in the Kyoto Protocol negotiations (the forerunner of the Paris Agreement) only to become the only major country never to ratify it. History seemed to repeat itself with the Paris Agreement, so other countries can legitimately wonder what will happen to US promises in four years, at the end of Joe Biden's term.

Real prospects for progress will largely depend on how the new president will navigate the various obstacles that will come his way. A climate strategy pursued over several decades, and a four-year mandate seems very short to implement a programme of this magnitude. More than ever, the fate of the planet will depend in large part on the evolution of the political power relations between Democrats and Republicans in the coming decade.

An initial version of this article was published on November 28, 2020 on Augustin Fragnière's blog 'One Earth'. The text was updated on request from SWI swissinfo.ch.

The article reflects the opinion of its author, which is not necessarily that of SWI swissinfo.ch.