Not only will the next leader of North Korea reportedly be a drink-loving basketball fan but the youngest son of Kim Jong-il is also an alumnus of a Swiss private school.

Little is known about Kim Jong-un. But what is clear is that the 26-year-old spent his early years at the International School of Berne, where as a "shy" student he learned German, French and English, and honed skills in skiing and playground dispute resolution.

Two major South Korean newspapers said on Tuesday that North Korea's main bodies and its overseas missions had been asked to pledge loyalty to Kim Jong-un. However, there were no signs his father, who reportedly suffered a stroke last August, intended to step down anytime soon.

The possible transfer of power comes at a time of mounting tensions over North Korea's rocket launch on April 5, the May 25 underground nuclear test and signals that it may be preparing to test-fire medium- and long-range missiles.

Analysts say this might be part of a campaign to build unity and support for a successor to Kim Jong-il.

"Before 2012, North Korea must convince the army and the public that Jong-un is the best successor," Atsuhito Isozaki, an assistant professor of North Korean politics at Tokyo's Keio University, told the Associated Press. "To pave the way for Jong-un's leadership, it is highly likely that North Korea will turn recent nuclear and missile tests into his achievements."

According to British academic Aidan Foster-Carter, a leading expert on North Korea, a fight for supremacy is the most credible reason for Pyongyang's belligerent actions. "North Korea is snarling more. That suggests an internal power struggle," Foster-Carter told a seminar at the Chatham House think tank in London in May.

But Georges Baumgartner, correspondent for Swiss national radio based in Tokyo, Japan, told swissinfo.ch that news of Jong-un's appointment was pure speculation.

"The army and the government dominate affairs in North Korea and the youngest son doesn't feature in either group," he said.

His young age was also a potential problem in a society that venerates seniority, said Baumgartner.

"Anyone under 30 is not taken seriously," he noted, adding that the succession decision can take up to 20 years, as was the case for "Dear Leader" Kim Jong-il, who officially took over from the "Great Leader", North Korea's founder Kim Il-sung, in 1994.

Kim Jong-il is believed to want to name a successor by 2012 – the centenary of the birth of his father - and the regime undertook a huge campaign last year to gear the country up for the 100th anniversary celebrations. Last month it launched a "150-day battle" urging its people to work harder to build the country's economy.

A mysterious figure, Kim Jong-un is the second son of former dancer Ko Yong Hi, a woman who died of cancer in 2004.

A Swiss connection runs through the family. Jong-un studied at the International School of Berne in the 1990s, but left in 1998 at the age of 15 before taking his baccalaureate exam, the equivalent to a British A-level.

The Swiss weekly news magazine L'Hebdo reported that he went by the pseudonym Pak Chol and learned to speak English, German and French - as well as Swiss German.

He was humble and friendly with the children of American diplomats and often helped break up fights between classmates, explained a former school director. The boarding school welcomes around 300 pupils from 40 different countries, half of which are the offspring of diplomats.

A car arrived every day after school to pick him up, the report said; classmates and school officials thought he was the driver's son.

From 2002 to 2007 Jong-un took military studies at Kim Il-sung University in Pyongyang, where officers are trained, but has never held an important post.

But he was not the only family member to be educated in Switzerland. The middle son, Jong-chol, also studied at the Bern boarding school in the 1990s.

And the eldest son, Jong-nam, 38, went to a private school in Geneva. Jong-nam was considered the favourite to succeed his father until he was caught trying to enter Japan on a fake passport in 2001. He reportedly told Japanese officials he wanted to visit Tokyo's Disney resort.

Switzerland, along with Sweden, is a member of the supervisory commission, which ensures compliance with the armistice between the two Koreas signed on July 27, 1953. Five Swiss officers are based at Panmunjom in the demilitarised zone between North and South Korea.

Switzerland has no diplomatic representation in North Korea.

In the wake of the famine of the 1990s, Switzerland was one of the first to offer humanitarian aid.

And almost alone among donors, it subsequently turned its humanitarian commitment into a long-term development programme. Its planned aid budget for 2009 is SFr5.7 million. The programme is run by the Swiss Agency for Development and Cooperation (SDC), which has an office in Pyongyang.

Much of the programme is specifically geared to improving agricultural output, but it is also aimed at integrating North Korea into the international community. Swiss cooperation has been strongly criticised in parliament, and is to end after 2011.

On May 20, 2003 Swiss Foreign Minister Micheline Calmy-Rey became the first foreign government official to cross the demarcation line separating North and South Korea. She said Switzerland was prepared to act as a mediator to resolve the nuclear stand-off in the region.

Despite normal diplomatic relations between Pyongyang and Bern, in October 2006 Switzerland introduced sanctions on North Korea over its nuclear weapons test that month.

Kim Jong-nam, 38: Eldest son. Reportedly enjoys gambling and lived in Macau, the only place in China where casino gambling is legal.

Jang Song-thaek, 63: The brother-in-law of Kim Jong Il and member of the all-powerful National Defense Commission. Married to Kim Jong-il's sister and is said to be poised to play a kingmaker role or lead a collective leadership after Kim's death until the new leader takes over.

Kim Kyong-hui, 63: The younger sister of Kim Jong-il. Married Russian-educated Jang at age 26. South Korean newspaper reported in late March she was believed to be in critical condition due to complications from alcoholism.

Kim Ok, 45: Kim Jong-il's companion. He is believed to have had three wives before taking her as his companion several years ago. She is said to be a pianist who has served as the leader's secretary since the 1980s. Reportedly accompanied Kim on a secret visit to China in 2006. Kim's late wife, Ko Yong-hi, mother of his two younger sons, reportedly hand-picked Kim Ok to replace her when she was dying. 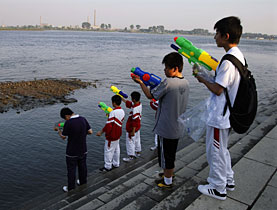 A Swiss security expert sees Monday's nuclear test by North Korea as an effort to boost its bargaining power and bring Washington to the table for ... 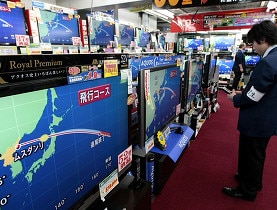 The Swiss foreign ministry has condemned an attempt by North Korea to launch a long-range rocket into orbit over Japan. Such a move violated ... 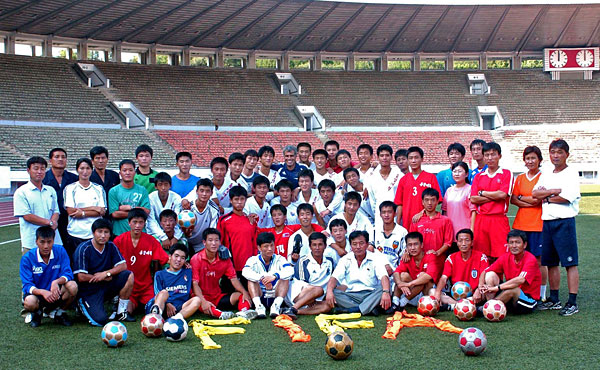