When it comes to quality of living, Zurich, Geneva and Bern have for years occupied top slots in international rankings.

Maybe they cannot boast the cultural heritage of Rome or the modernity of New York, the economic dynamism of Shanghai or the sophisticated charm of Paris. But Zurich, Geneva and Bern are reputed to provide something even more important: excellent living conditions.

For this reason, the three Swiss cities always feature near the top of the classifications drawn up each year by the British business consultancy Mercer, which researches quality of living in 420 cities worldwide. Zurich has held the top spot for seven years out of the last ten.

The survey is based on 39 criteria, subdivided into 10 categories, concerning the political system (including restrictions on freedom and censorship), economic framework (such as the availability of consumer goods and banking services), social infrastructure (health, crime, transport), training opportunities, cultural amenities, recreational activities, climate and the environment.

But, using these criteria, is it possible to compare the likes of Geneva with great cities such as London or Tokyo? "Of course it's possible. Think of crime, for example: for every city, there are statistics clearly indicating the risks to the safety of its inhabitants", replies Christa Zihlmann, Mercer's global information manager in Geneva.

"In drawing comparisons between cities, we take into account hard facts and figures, such as the crime rate, bank and shop opening hours, the provision of schools and hospitals, temperatures, pollution, the number of cinemas and theatres or the average call-out time for an electrician or plumber", she adds.

The data gathered by the British company is used by private firms and public bodies in calculating the hardship allowances payable to their expatriate employees. In cities like Vienna or Zurich, which head the 2009 rankings, the allowances are minimal. While in Baghdad, Dhaka or Bangui, at the very bottom of the list, the allowances are much higher.

Zurich, Geneva and Bern score high marks in all categories of the Mercer classification. They benefit in particular from fundamental conditions that have long typified Switzerland, such as political and economic stability and high quality infrastructure and services.

"The strengths of Swiss cities undoubtedly include security, an absence of strikes, good schools, reliable hospitals and efficient public and private services: buses and trains run on time, letters and parcels reach their destination, the water is drinkable, and there are good telephone services and internet access", Zihlmann points out.

Compared with their rivals, Zurich, Geneva and Bern have the advantage of being relatively small for cities of international standing.

"The fact that their airports are close to the city centre, there is open countryside nearby, the traffic is not overwhelming and pollution not a serious problem are very definite advantages".

A debt to the past

The human scale of Swiss cities is the result of historical factors that have prevented the rise of enormous urban centres: Switzerland has never been an imperial or colonial power, its federal structure ensures a degree of balance between one city and another, and industrialisation has been fairly gradual.

To improve their quality of living, the three Swiss cities have for years invested heavily in such sectors as public transport, cultural institutions and parks.

"Zurich has become a cosmopolitan city, offering many of the advantages of a metropolis, without the inconveniences. For example, it is very strong on culture, gastronomy and leisure activities. And at the same time, it is free of major security and traffic problems: children can go to school unescorted and many managers take the tram to work."

Neither Zurich, Geneva nor Bern can claim to be an earthly paradise, though, as Wehrli-Schindler is quick to acknowledge.

"The downside of this success is of course the high cost of living. This is most obvious when you are looking for accommodation: finding somewhere to live is increasingly difficult and expensive."

"Where quality of living is concerned, it is difficult to find any real weaknesses, especially if you compare the problems of Swiss cities with those of Moscow, Lagos or Calcutta", counters Zihlmann.

And what sort of welcome can you expect to receive? After all, the Swiss are not known as the most engaging and open people in the world.

"The Swiss may be very discreet and reserved. But, having lived in Geneva for 15 years, I would say that they can also be very warm and friendly," she says.

Zurich
The Swiss financial centre, and its biggest city. The city itself has a population of 380,000, while the agglomeration as a whole has 1.1 million.

Geneva
The seat of several international organisations, and Switzerland's second largest city in terms of population: 180,000 in the city itself, and 500,000 in the agglomeration as a whole.

Bern
The Swiss capital, housing the federal government and parliament and most of the administration. It is the fourth largest city in terms of population, with 120,000 in the city itself, and 340,000 in the agglomeration as a whole.

In a globalised world, the ranking of cities has become a mini-industry and an important component for the economic viability of Swiss centres ... 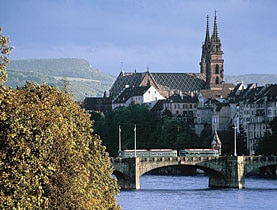 Train timetables and bus routes are as important as another humdrum topic - taxes - as firms seek the best place to set up shop in Switzerland, a ... 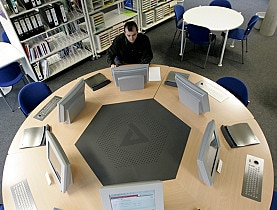 Switzerland has climbed to third place in the World Economic Forum (WEF) information and communication technology annual ranking survey. In the ...