Following votes in both houses of parliament, the keeping of dolphins or whales in Swiss zoos or waterparks will be forced to come to an end.

While the House of Representatives approved a ban on keeping dolphins on Tuesday, the Senate opted for an import ban on Wednesday, which would mean the dolphins currently in Switzerland could not be replaced when they died.

The debate over an import ban was sparked by the death of two dolphins kept at the Connyland theme park in canton Thurgau last autumn.

The three dolphins remaining at Connyland are the only dolphins kept in Switzerland. The park is planning to open as usual for the summer season on March 31.

The government rejected initial calls for a ban on keeping the marine mammals in land-locked Switzerland but said the regulations on keeping the animals would be reviewed.

The Swiss animal protection organisation Ocean Care welcomed parliament's decision, calling it a milestone in its efforts to make Switzerland a dolphin-free country.

Bans on keeping dolphins in captivity are already in place in Norway, Luxembourg, Slovenia and Cyprus. Ocean Care estimates there are more than 200 dolphin aquariums worldwide.

The deep-sea waters will bear the brunt of the long-term damage caused by the oil spill in the Gulf of Mexico, a Swiss oceanographer fears. Ahead ...

The rising number of cases of animal abuse has highlighted the need for a coordinated nationwide approach to the problem, according to ...

Animal rights campaigners have gone on the offensive for a Swiss ban on importing seal products, releasing gory hunting footage and handing a ...

The WWF was founded by a small group of conservationists in 1961. Originally called the World Wildlife Fund, the WWF has worked to protect tigers ... 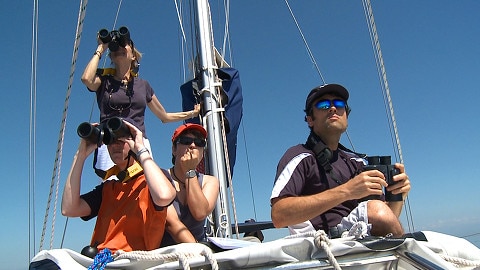