A new and improved breathalyzer will do away with the need for blood tests in most drink-driving tests on Swiss roads. From October 1, the level of alcohol in practically all drivers can be determined by breath tests alone, according to the Federal Roads Office.

The current breathalyzer apparatus has until now proved less reliable, resulting in the need for blood tests to give more accurate data in many cases. But tests with a new system have shown much improved accuracy.

The new breathalyzer will be rolled out in stages across cantons from October 1. Drivers will be subjected to two breath tests which will form the basis of any action should both readings show the same result. Blood tests will only be necessary in future if the driver is suspected of having taken narcotics, is on certain types of medication or has a respiratory illness.

The blood alcohol limit for drivers in Switzerland is 0.5% - which translates to 0.25 milligrams per litre of breath. Any driver with at least 0.8% of alcohol in their blood, or 0.4mgs per litre of breath, can expect a ban and a heftier criminal sanction.

Alcohol plays a role in 17% of all Swiss road accidents involving injury or death. Last year, 33 deaths and more than 1,000 injuries were caused by alcohol-influenced driving on Swiss roads. 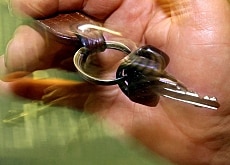 The majority of Swiss know and accept the recently lowered drink-drive limit of 0.5 milligrams per millilitre, a survey has revealed. What’s ...

More than 18,000 people have made use so far of a Swiss volunteer organisation's service to drive safely home this festive season.