For environmentalists, the unfettered construction of second homes is a blight on the natural landscape. For others, it provides a boost for local economies.

On March 11, Swiss citizens will be asked to vote on a people’s initiative which calls for the construction of second homes to be restricted to 20 per cent of residential zones and of the total surface area of each commune.

The initiative “to end the invasive construction of secondary residences” was launched by Helvetia Nostra (Our Switzerland), a lobby group established by leading environmentalist Franz Weber.

“Switzerland is the country with the most construction in Europe, and the country will be finished if we don’t stop it,” Weber told swissinfo.ch. “The aim is to protect the regions of the country which have not yet been violated.”

A majority of parliament has recommended that voters reject the initiative, following the line of two parliamentary committees which said the initiative failed to take into account the different economic needs of each commune.

“Acceptance of this initiative would block construction in important tourist regions where the rate of second homes is already more than the ceiling prescribed,” Guy Parmelin, a Swiss People’s Party member of the House of Representatives environment, spatial planning and energy committee told parliament. The committee voted against the initiative 18 to three, with three abstentions.

“Worse, the drastic form of the text … paradoxically risks favouring, in communes where the level of second homes is less than 20 per cent, developments that the initiative intends to limit elsewhere.”

While recognising “the problem posed by second homes”, the cabinet also rejected the initiative, saying the 20 per cent plan was too rigid. It said the current law obliging cantons to take the issue into account during town planning was sufficient.

According to Helvetia Nostra, 8,000 secondary residences – houses or apartments – are built in Switzerland each year. Weber said one square metre per minute is being lost to the construction of holiday homes which were often bought by foreigners as investment properties.

“Everybody wants to have a holiday home in Switzerland – there are lots of foreigners,” he said.

“It’s always the Swiss who lose out; apartments have become too expensive for them. They can’t afford to buy them.”

But opponents say a restriction on construction of second homes would push up prices for existing properties.

“Increased prices for second homes would inevitably cause a shift away from the indigenous population to foreign second home owners,” committee member Sep Cathomas of the Christian Democratic Party told parliament .

Robert Cramer, a Green party member of the Senate committee who voted in the minority for the initiative, argued that the construction of second homes results in a harmful urbanisation of tourist areas.

“It is land speculation which drives people to become second home owners,” Cramer told parliament. “And afterwards there is this phenomenon of ‘cold beds’ – that’s to say economic activity is rather weak once the construction of second homes is finished.”

Opponents of the initiative say that limiting construction of holiday homes will have an adverse effect on local economies which rely on tourism and construction.

“In the mountain regions this initiative, if passed, would practically force an immediate building freeze because the second homes housing stock in most tourist areas is already above the required limit. That would be disastrous for these regions, even catastrophic,” This Jenny of the People’s Party argued in voting against the initiative as a member of the Senate committee.

But Weber said restricting the construction of holiday homes would benefit the tourism industry by protecting the natural environment that tourists come to enjoy. He said the initiative enjoyed broad public support in both alpine and city regions.

“If we stop all this construction, we will still have beautiful places left,” he said. “This construction provokes the eviction of the indigenous mountain populations and destroys the mountain environment. These secondary residences are stealing our children’s future.”

The initiative “to end the invasive construction of secondary residences” proposes that the constitution be modified to ensure that secondary residences do not account for more than 20% of residential areas or of the total surface area of each commune.

If successful, the initiative will also oblige each commune to publish a quota plan covering primary residences and an annual report detailing how the plan is being implemented.

Helvetia Nostra says on its website that the initiative does not aim to demolish already established secondary residences. “What is already built or under construction stays there.”

Mounting reports of wealthy foreigners breaking strict property purchase laws in Switzerland have added spice to political campaigning during this ...

The Swiss residential real estate sector is expected to dip slightly but remain stable next year, confirming its status as a pillar of strength ... 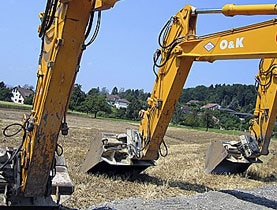 Proposals by a leading environmental group to put a stop to urban sprawl have failed to gain much support in parliament. The two initiatives ... 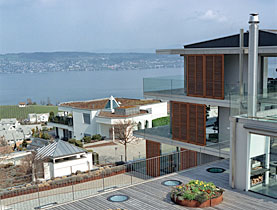 The price of luxury housing has shot through the roof in some parts of Switzerland, thanks to strong economic growth and an influx of wealthy ...

Life in the Alps

Working up on the alpine pastures. The book "Hirtenstock und Käsebrecher" (Shepherd's Crook and Cheese Stirrer) portrays the diverse characters ...

Worlds of rock and ice

The first-ever book has been published that showcases the history of mountain photography. No other country is identified more closely with the ...

Second homes are a bone of contention in tourist resorts. Unlike hotel rooms which are used over and over again, many holiday homes are empty for ...