A strain of bird flu has been detected in the corpses of five wild ducks found in Lake Constance. The Swiss Federal Office of Food Safety and Veterinary Affairs said it was taking steps to prevent the further spread of the virus.

Final test results on the tufted ducks are still pending, but the federal office said studies carried out pointed to a H5N8 subtype of the virusexternal link.

Wild migrating birds can transmit bird flu to farmed poultry. Containment measures are being coordinated by the Swiss, Austrian and German authorities as the lake borders all three countries. Steps could include banning farmers from allowing poultry outdoors.

The Federal Office of Food Safety and Veterinary Affairs said there was no evidence the virus could be transmitted to humans. Further measures would be decided once it was clear how pathogenic the cases were. According to the World Health Organizationexternal link, highly pathogenic viruses result in high death rates (up to 100% mortality within 48 hours) in some poultry species. Low pathogenicity viruses also cause outbreaks in poultry but are not generally associated with severe disease.

Hungary's food safety authority said last week it had found traces of bird flu at a poultry farm in eastern Hungary and would destroy 9,000 turkeys to protect nearby populations from a strain it said was harmless to humans.

People who come across dead birds are being asked not to touch them but to report them to a police or wildlife experts. 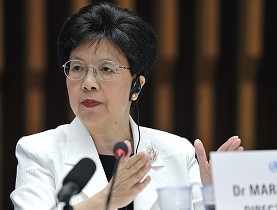 The World Health Organization (WHO) has declared a full-blown swine flu pandemic after an emergency meeting in Geneva on Thursday. Switzerland, ... 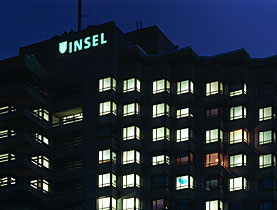 A 24-year-old woman has become the second person in Switzerland to be diagnosed with swine flu, the Federal Health Office announced on Friday. ...

The risk of an outbreak of avian influenza in Switzerland this winter is negligible, the Federal Veterinary Office has announced. In a statement ...

Switzerland is among the best-prepared European countries for a bird flu pandemic, according to the World Health Organization (WHO). A WHO ...