Parliament’s decision to ban the import of dolphins and whales has been welcomed by supporters of animal rights, but zoos are concerned that the change to Switzerland’s animal protection law could lead to arbitrary legislation.

When the issue was previously voted on in March, the House of Representatives opted for a ban on the keeping of dolphins in addition to the import ban. The chamber has now aligned itself with the more moderate Senate position.

Veteran animal rights lawyer Antoine Goetschel welcomed the decision. “It’s a good starting point. In this case an import ban has about the same consequences as a ban on keeping dolphins,” he told swissinfo.ch.

“It’s a good measure as well because it complies with the Swiss constitution, which is unique in protecting animals’ dignity,” he added.

The debate about the dolphins’ destiny was sparked by publicity surrounding the deaths of two of the animals in the space of a week at the Connyland theme park in northeastern canton Thurgau last November.

The cause of the mammals’ deaths has not been clearly established, although antibiotics were thought to have played a role. In total eight dolphins died at Switzerland’s only dolphinarium within three years.

The news of the dolphins’ deaths last year came as a revision of the animal protection law was before parliament.

Amongst other amendments to the law, parliament had already voted on changes to include a ban on the trade in dog and cat fur.

Earlier this month, Connyland issued a press release saying the park would launch a referendum against any import ban. But realistically it would need the support of the Swiss Zoo Association to attempt to rally popular support.

The association has previously objected to the “Connyland law” and is considering its position in the light of Tuesday’s developments.

Rübel said his objection had nothing to do with showing solidarity with Connyland.

“The fixation on Connyland is exactly our problem.” Zoos are not about dolphins but about principles, he told Bern’s Der Bund newspaper on Wednesday. “With the import ban the basis of the law is reversed.”

“Swiss animal protection law is based on the quality of the keeping practices. The zoo keeping requirements are laid down specifically for each species of animal,” Rübel said.

With an import ban [..] the discussion in parliament about special regulations becomes a “purely emotional thing”, Rübel argued.

Goetschel said the new law again raised the question about the ethics of keeping wild animals in captivity.

“Should we keep elephants, giraffes and so on just for people to look at them? When you consider dolphins live in schools of 300 to 400, using their sonar system to communicate, then even a spacious pool is obscenely small.”

“The new point of view is to look at human animal relationships taking into account the dignity of the animal. This is the wider view.”

Goetschel emphasised that the owners of Connyland were not members of the zoo association. “They are not running a zoo but an amusement park,” he said.

Zurich’s animal welfare attorney will be out of a job, following a decision by politicians who hadn’t read the small print. 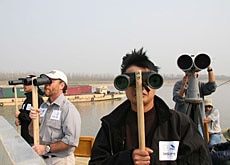 A Swiss conservationist says a dolphin unique to China's River Yangtze is almost certainly extinct after an international expedition ended without ... 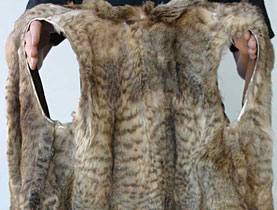 Cat furs cause furore in Switzerland

Pressure is growing in Switzerland for tighter legislation on the trade in cat fur, to bring the country into line with the European Union. The ...