Isao Takahata, co-founder of the prestigious Japanese animation studio Ghibli that stuck to a hand-drawn “manga” look in the face of digital filmmaking, has died aged 82. He scored a worldwide hit in the 1970s with the Japanese TV series “Heidi, Girl of the Alps”, based on the book by Swiss author Johanna Spyri.

Takahata founded Ghibli along with Oscar-winning animator Hayao Miyazaki in 1985, hoping to create Japan’s version of Disney. He helped shape the style and voice of what became one of the world’s most respected animation studios as well as this nation’s prized cultural export.

He directed “Grave of the Fireflies”, a tragic tale about wartime childhood, and produced some of the studio’s films, including Miyazaki’s 1984 “Nausicaa of the Valley of the Wind”, which tells the horror of environmental disaster through a story about a princess.

But it is for a little Swiss orphan for which Takahata will probably be best known outside Japan – particularly in Europe and South America.

“Heidi, Girl of the Alps”, a 52-episode anime series, was released in Japan in 1974 and has since been dubbed into around 20 languages. Takahata’s smiling Heidi ended up on cups, T-shirts and Swiss posters.

Thanks to the series’ continuing success, vast numbers of Japanese tourists flock to Switzerland every year in search of “Heidiland” in Maienfeld, which still uses Takahata’s animation on its websiteexternal link.

In 2009, Takaharta was awarded a Leopard of Honour at the Locarno International Film Festival.

Although Takahata’s films were often fantasies, he was a realist, insisting, for instance, on genuine musical instruments being played that matched what was depicted on the screen. He was gentle but also a perfectionist, grilling his voice actors until the tone and character interpretations were just right.

All his stories, he said, held the message of urging everyone to live life to their fullest, to be all they can be, not bogged down by petty concerns like money and prestige.

For the first time, Switzerland’s most popular novel will be translated into Hindi, a language spoken by over 420 million Indians.

Heidi, that supernaturally joyful and optimistic Swiss icon, is back where she belongs: in cinemas. But does the world really need another film?

With audiences of half a million in Switzerland and 2.4 million worldwide, Alain Gsponer’s remake of Heidi has been hailed as the most successful ... 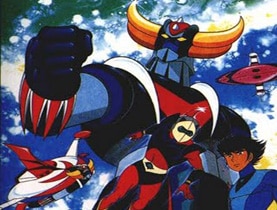 Locarno underlines the impact of anime

The hidden depths and traditions of Japanese animation are set for greater public exposure as the Locarno film festival pays tribute to the art form.