Zurich's ZSC Lions may have roared into history with a 2-1 upset over the Chicago Blackhawks on Tuesday, but coach Sean Simpson says the big winner is Swiss ice hockey.

The match at Zurich's Hallenstadion marked the first time a Swiss side has bested a team from the National Hockey League (NHL). It also ended European hockey's 18-year losing streak to NHL teams.

"It shows that Swiss teams and European teams can play with NHL teams on any given night," Simpson told swissinfo.ch, taking a break from signing autographs.

"It's a great thing for Zurich and Swiss hockey and a big success for Europe."

Simpson, a Canadian who first joined the club for the 2008-2009 season, said the victory was a testament to solid teamwork and the weeks of diligent preparation it took to make it happen.

"We laid out a game plan and every player filled that system perfectly," he said. "We worked for every inch of the ice. I think it was our belief and our spirit and our organisation that really paid off."

The game was part of the fledgling Victoria Cup, an annual contest that pits top European teams against NHL clubs, now in its second year.

The Blackhawks had not lost to a European team since 1991.

The Lions are growing somewhat accustomed to bringing back new trophies to put in Switzerland's hockey showcase.

The team earned a shot at the Victoria Cup by beating Russia's Metallurg Magnitogorsk 5-0 during the inaugural Champions Hockey League in January 2008, the first time a Swiss team had won a major European contest.

"The Victoria Cup has been on our calendars since then and we took it seriously and were prepared," Simpson said. "Now we have that trophy but we also have to prepare for the rest of the season. It will be a hard fight."

The Lions have so far skated in six regular season matches, winning five and losing one. The club is currently ranked fourth in National League A, with 14 points, four points behind group leader HC Davos.

Simpson says the team will not let the victory go to their heads.

"There are a lot of good teams in Switzerland," Simpson said. "Playing in the league is a long situation, 50 games plus playoffs, so it's really a different job than these championship matches."

The match was one of the biggest upsets since the Swiss national team beat Canada 2-0 during the Olympic games in Turin in 2006.

The Victoria Cup game started out in favour of Chicago after defenceman Cam Barker scored in the seventh minute of the first period, assisted by Patrick Sharp.

Six minutes later Zurich equalised with a shot from forward Patrik Bärtschi. The Lions narrowly missed pulling ahead again after a shot bounced off the post. A rush by Zurich's Cyrill Bühler put ZSC in the lead for good shortly after.

Lions' goalie Ari Sulander had 34 saves compared with 20 for his counterpart Cristobal Huet, who once skated for HC Lugano.

"[The Blackhawks] are certainly stronger than we are individually," Bärtschi told the Tages-Anzeiger newspaper. "But we have made up for that with fighting and team spirit."

The defeat stings Chicago but Tuesday's contest counts as an exhibition. The Blackhawks' preseason record has now dropped to two wins out of six matches, with one tie. On Monday the club crushed HC Davos 9-2, which may have lured Chicago into believing the Lions would be easy prey.

"I think we may have underestimated them," Blackhawks defenceman Niklas Hjalmarsson told the International Ice Hockey Federation website. "They wanted to win more than we did, simple as that."

The Victoria Cup is an annual game played between top European teams and one or more NHL challengers.

The first Victoria Cup was played at PostFinance Arena in Bern between the winner of the 2008 European Champions Cup, Russia's Metallurg Magnitogorsk and the New York Rangers in 2008. The Rangers won 4-3.

The cup is a joint venture between the International Ice Hockey Federation (IIHF) and the NHL. It is named after the Victoria Skating Rink in Montreal, where the first organised hockey game was played in 1875.

It was announced in May 2009 that the Chicago Blackhawks would be the North American challenger for this year's match up in Zurich's Hallenstadion. It was the first time ZSC Lions played against an NHL team.

The Chicago Blackhawks established an NHL club record during the 2008-2009 season by attracting an average of 21,783 fans to their 40 home matches, making Chicago the best drawing hockey club in North America and the world.

The Blackhawk's Cristobal Huet skated for HC Lugano before joining the NHL in 2002. 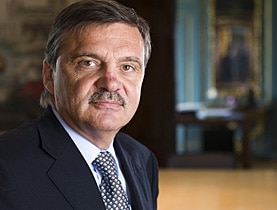 That the Swiss ice hockey squad could beat one of its powerful European rivals is not outside the realm of possibility, says the sport's top ... 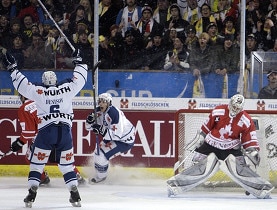 The 82nd Spengler Cup has been a win-win situation for the ice hockey tournament this year, both economically and for victors Dynamo Moscow. But ... 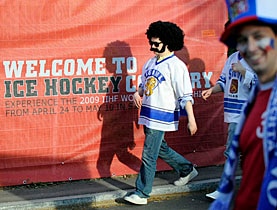 Summer made an early appearance in the Swiss capital on Thursday, an unwelcome development for the man touting tickets at the tram stop outside ... 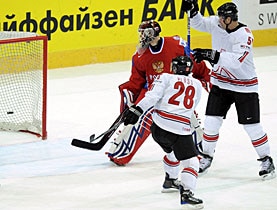 Few had expected the Swiss hockey team to win their Tuesday afternoon match against Russia. And in the opening minutes, it looked as though it ...