The Federal Energy Office has presented a first list of possible underground repositories for nuclear waste - mainly in northern Switzerland.

The proposals have met with opposition from anti-nuclear organisations and most cantonal governments.

Six regions in northern and central Switzerland were identified as possible sites for radioactive waste from the country's five nuclear power plants, as well as from research, medicine and industry.

"Today marks the first step in a ten-year procedure," said Walter Steinmann of the Federal Energy Office on Thursday.

He said it was part of a long process approved by the cabinet in April this year. It foresees three stages for the construction of underground storage facilities for highly, as well as low-level, radioactive material to be operational around 2030 at the earliest.

Steinmann said he was aware that the proposals were "unlikely to be very popular among the cantons and regions directly concerned".

However, he pointed out that progress was only possible with a transparent approach and the consultation of all parties involved, including a nationwide vote.

"We plan to reduce this list of six potential regions with the cooperation of the cantons to just two potential sites. But voters will have the final say on the matter in a nationwide ballot," he said.

Under Swiss law radioactive waste must – in principle – be stored within the country at the expense of the producers. The federal government acts as supervisory body.

Officials have underlined the importance of dialogue with local, regional and cantonal authorities as well as with the population to take into account the concerns and interests of all parties involved.

Thomas Ernst of the National Cooperative for the Disposal of Radioactive Waste (Nagra) acknowledged a great demand from the public for information.

"We aim for maximum transparency," he said.

The authorities plan two types of underground repositories, to be situated 400-900 metres below the surface in suitable rock formations. The sites, to be defined by 2018, aim to ensure the safe storage of radioactive material for up to one million years.

Steinmann added that neighbouring Germany would also be included in the campaign as most of the proposed sites are in regions near the border.

He insisted that Switzerland must store its nuclear waste on its own territory, but hinted that other solutions could be possible in the future.

"No country in Europe is willing to import nuclear waste at the moment. But other options are open in the long term, because nuclear waste is not only an issue in Switzerland."

"The safety of the population is the decisive factor. The choice of possible sites is only of secondary importance," said the NGO, which dismissed the storage plans as impractical.

"Nagra proposes long-term storage facilities which make it impossible for future generations to retrieve leaking containers if need be."

The Swiss Energy Foundation also questioned the efficiency of the cooperation efforts since the local population was denied a veto right.

The foundation calls for clear and honest solutions to store highly radioactive waste in the light of plans by energy companies to build new nuclear power plants.

One application for a licence was filed earlier this year as well as a request for an unlimited operating permit for a reactor near Bern which is due to close by 2013. The authorities also expect two other applications to be handed in shortly.

They account for around 39% of the country's electricity production.

Switzerland sent spent fuel rods to reprocessing plants in Britain and France until July 2006, when a ten-year moratorium came into force.

In 2002 voters in canton Nidwalden threw out a plan to build an underground nuclear waste repository in central Switzerland. 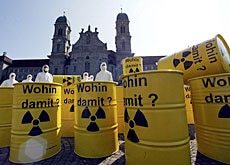 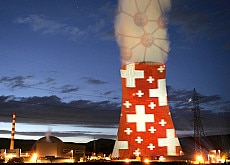 The country's nuclear power plants have never been safer, according to the Swiss Federal Nuclear Safety Inspectorate - but there is cause for concern. 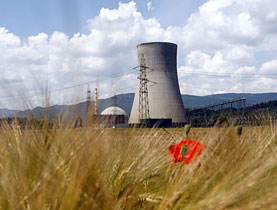 Three-hundred metres below ground, researchers from Switzerland, other European countries and Japan are studying the properties of Opalinus Clay, ...