Fifty years ago, an airplane about to take off from Zurich for Tel Aviv was attacked by four armed Palestinian militants. The dramatic events shocked the public and had a major impact on Swiss foreign policy.

February 18, 1969: Zurich woke under a blanket of snow. That afternoon a white VW Beetle parked near the runway at Zurich’s Kloten Airport. Inside the vehicle were three men and a woman.

At 5.30pm, a Boeing plane belonging to the Israeli company El Al taxied into position as it prepared to take off for Tel Aviv. Suddenly, two people jumped out of the VW car and fired an automatic weapon at the cockpit. The pilot, Yeram Perez, was shot in the stomach and died from his injuries five weeks later in a Zurich hospital. Six passengers were injured.

The next morning, Willy Spühler, head of the Swiss Federal Political Department (former Federal Department of Foreign Affairs), informed his colleagues in the Federal Council external link(executive body). In a press release, the government noted: “The particular gravity of the attack lies in the fact that our neutral country has been transformed into a theatre of armed conflict.”

“This terrorist act on Swiss soil was a shock," said Sacha Zala, director of Diplomatic Documents of Switzerland (Dodis). “Up to then, Switzerland felt protected from conflict situations due to its policy of neutrality. But the outbreak of the Israeli-Palestinian conflict on its soil was traumatic. The public discovered that Switzerland no longer resembles the image of a peaceful island built up after the Second World War.”

This article is part of a series devoted to the "Swiss Diplomacy Stories", in collaboration with the Diplomatic Documents of Switzerland (Dodisexternal link).

The Dodis research centre, an institute of the Swiss Academy of Humanities and Social Science in Bern, focuses on the history of Swiss foreign policy and international relations since the creation of the federal state in 1848.

The attack also forced the government to deal with a complex diplomatic crisis.

Ten days after the airport shooting, the Swiss authorities sent diplomatic letters of protest to the embassies of Lebanon, Jordan, Syria and Israel. The tone, particularly those addressed to the Arab countries, was harsh. All three were accused of tolerating the activities of terrorist organizations on their soil. “The move, unusual in diplomatic relations, was undoubtedly dictated by domestic political motives,” said Zala. But the reply from Arab diplomats was just as tough.

The investigation into the Kloten attack and the subsequent trial at Winterthur District Court led to major tensions with the Arab world.

In December 1969, the three Palestinian attackers were handed 12-year prison sentences, accused of murder and “illegal acts carried out for a foreign state”. The Israeli, Mordechai Rachamim. was acquitted. The announcement sparked demonstrations outside Swiss diplomatic missions in various Arab countries. Accused of siding with Israel, the Swiss authorities feared reprisals.

The next few months seemed to prove them right. On February 21, 1970, a Swissair plane heading for Tel Aviv exploded mid-air and crashed near Würenlingen in northern Switzerland. All 47 people on board were killed. But it turned out that this was not a deliberate terror act against Switzerland; the explosive device was originally meant for an Israeli El Al plane.

In September 1970, another Swissair aircraft was hijacked and diverted to Zerqa in Jordan along with two other planes belonging to other airlines. The hijackers eventually managed to negotiate the release of the three Kloten attackers. On October 1, 1970, Amena Dahbor, Ibrahim Tawfik Yousef and Mohamed Abu el Heiga left Switzerland on board a British military plane for Cairo, Egypt.

The dramatic events had a major impact on Swiss foreign policy.

“The direct confrontation with Palestinian terrorism led to Swiss diplomats giving a much more differentiated assessment of political realities in the Middle East. During the 1973 oil crisis, Swiss diplomacy in the Middle East was increasingly oriented towards the Arab States,” noted Yves Steiner, Dodis' scientific collaborator.


Translated from French by Simon Bradley

The Swiss federal prosecutor has turned down a request to re-examine the facts behind the worst ever terrorist attack in Switzerland. In 1970, a ...

Former Swiss secretary of state Franz Blankart has refuted allegations of the existence of a secret agreement with the Palestine Liberation ...

Anarchists in Switzerland Part 1 Did terrorists once plot to blow up the Swiss government?

Was it a real anarchist conspiracy or a fabrication by a German hairdresser? We look at a 19th century plot to blow up the federal government in Bern. 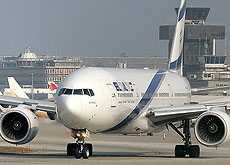 A plot by a suspected terrorist cell to shoot down an Israeli airliner has been foiled by the Swiss authorities, it was announced on Thursday. ...