Researchers in Switzerland have found a link between electromagnetic field exposure from power lines and certain neurodegenerative conditions like Alzheimer's disease.

Doctors at the Institute of Social and Preventative Medicine at Bern University used census and mortality data from 4.7 million Swiss to investigate all deaths between the years 2000 and 2005.

Using a proportional hazard model, they found that people who lived within 50 metres of high voltage electricity lines were more likely to die from Alzheimer's disease and senile dementia.

"Whoever lives within the immediate vicinity of high voltage power lines for more than ten years has a significantly higher risk of developing dementia or Alzheimer's disease," said Matthias Egger, the Institute's head.

But Egger told swissinfo that an overwhelming number of Swiss, who live more than 50 metres from high voltage lines, had little to be worried about.

The researchers also noted that there were no consistent connections with diseases like amyotrophic lateral sclerosis – also known as Lou Gehrig's Disease – or with Parkinson's disease and multiple sclerosis.

Egger said the research team sought to establish whether the higher rates of dementia were solely the effect of exposure to electromagnetic fields or whether other factors were in play.

"That is an issue because we know that people with lower education attainment, which are also people of lower socioeconomic position on average, have a higher risk of dementia, on average," he said.

"That's what we know and that's why we were concerned that this could actually explain the association that we're seeing; because perhaps people who live that close to power lines live in less desirable neighbourhoods and are of low socioeconomic status."

"What we also did was to look at other causes of death, which are related to socioeconomic position," Egger said.

Researchers sought to establish whether rates of lung cancer, oesophageal cancer and liver disease – which are higher in lower socioeconomic strata – were also higher in the immediate vicinity of power lines.

"There was no increased in the risk of these causes, which indicates that probably within Switzerland, living near a power line isn't linked to lower socioeconomic position," Egger said.

However, the longer people lived in the shadow of high voltage lines, the more likely they were to develop dementia, scientists wrote. After 15 years, the risk was twice as high as for the rest of the population.

Egger stressed that while research indicated a relationship between electromagnetic radiation and higher rates of dementia, a causal association between the two could not be proven with data his team examined.

He nevertheless believes the link could influence power utilities in Switzerland to deliver electricity in a safer way.

A phase optimisation programme – which would distribute electricity in a way that reduces exposure to magnetic fields within the 50-metre corridor – could be easily implemented, he says.

"Anything that is plugged in and that is on all the time and that is near your body is a source of this type of radiation," he said.

Scientists said noted that for that group, rates of Alzheimer's were higher.

It was the first study of its kind.

Researchers added that diagnosing the Alzheimer's was a complex process and that it would not always be noted on the death certificates of people who had suffered from early stages of the disease.

Scientists adjusted their models for sex, education level and income levels and location to major roads, where people are exposed to higher levels of benzene.

Their findings corresponded with those of a previous study of people working on electric trains. 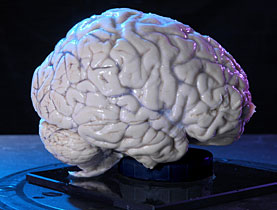 How do nicotine and sleep boost memory, why are some people's ageing brains in better shape than others and what are the ethical challenges of new ... Too many dust particles in the air can damage the development of a foetus' lungs, according to Swiss scientists. Until now it was thought that ... 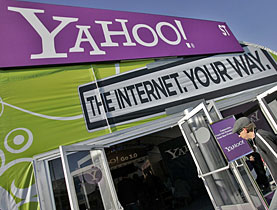