For a landlocked Swiss, Michael Scholl has an unusual passion: sharks. And not just any shark but the big daddy of them all – the great white.

The marine biologist has spent much of the past decade in close proximity with carcharodon carcharias – sometimes a bit too close for comfort – and is now one of the world's leading experts on the much-maligned "man-eater".

Scholl, who studied biology at Lausanne University, is the founder and trustee of the non-profit White Shark Trust for Research and Conservation based in Gansbaai on South Africa's Western Cape.

From his 21-foot research vessel, "Lamindae", the 35-year-old has built up an unparalleled photo database of 1,000 great whites in the waters around Dyer Island, based on a unique fin-recognition system.

He was also the first to show that female great whites are not sedentary creatures as previously thought, tracking a 3.8-metre shark from South Africa to Australia and back in 2005 – a journey of 22,000 kilometres.

Yet despite a seemingly endless stream of often-sensational articles and documentaries, Scholl insists that we still know very little about a fish that was so seeringly etched on the psyche of millions by Peter Benchley's Jaws more than 30 years ago.

"With the publicity these sharks get, you would think there are entire encyclopaedias written on white sharks, but you can summarise what we know about them in a few pages," he told swissinfo.

"We simply don't know the basic facts, especially when it comes to protection. White shark mating or giving birth has never been observed anywhere. We have no idea when, where or how it happens. We don't know how long they live or at what age or size they reach sexual maturity, how many babies they have or how long the gestation period is. It's all speculation."

Scarcity of data means it is also difficult to put an accurate fix on shark numbers, although they are thought to have dropped sharply in recent decades.

The absolute dearth of research into great whites was brought home to him two years ago when every expert from around the world was invited to a conference in New York. There were 15 people in the room.

Man remains the shark's biggest threat and despite protection status in South Africa, the United States, Australia, Namibia and Malta hundreds continue to be killed.

Scholl says between 20 and 60 die each year alone in nets protecting beaches along the Durban coastline. Commercial fishing also takes its toll, while trophy hunting still goes on. A jaw belonging to a great white is reported to have been sold a couple of years ago for between SFr20,000 and SFr40,000 ($16,000-$32,000).

"There are potentially between 50 and 100 sharks killed every year in South Africa where they are protected, and if you multiply that by eight years that's 400-800 sharks killed. So 40 to 80 per cent of the sharks I've counted could already be dead," he says.

This, for Scholl, is a crying shame for a fish that in his eyes is not the "man-eater" that Hollywood would have us believe.

He points out that of the 80-120 shark bites that occur each year only around a dozen result in fatalities. As he says, he has more chance of dying in a car crash on his way to the beach than of being bitten by a shark.

"It remains a top predator, but if white sharks were man-eaters nobody would set foot in the waters in South Africa anymore. There are a lot of sharks along certain beaches and if they were targeting humans for food, there would be literally hundreds if not thousands bitten everyday."

"I really don't think that a shark intentionally targets humans. It might have happened in some places but I think most incidents are accidents or cases of mistaken identity."

Michael Scholl set up the White Shark Trust for Research and Conservation in Gansbaai, South Africa, in 2002.
Since then he has received funding for his research from the PADI Aware Foundation, the World Conservation Society, the Synchronicity Foundation, the WWF and the International Fund for Animal Welfare, among others.
He is looking for new sponsors so he can continue his work.

The fish is classified as "vulnerable" on the World Conservation Union's red list of threatened species and listed on CITES Appendix II regulating and controlling international trade.

One of the recognised hot spots for great whites is in the Mediterranean between Sicily and North Africa where some experts believe they go to mate. 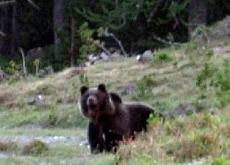 "Simply no room" for bears in Switzerland

The government's Bear Concept, a strategy document to coordinate the peaceful co-existence of bears and humans, has been widely criticised. ... 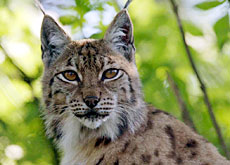 Looking for the missing lynx

Experts have raised the alarm over the decline in the number of lynx reintroduced into northeastern Switzerland. The Federal Environment Agency ...