A Swiss judge has issued an arrest warrant for the former head of Iran's secret police for his role in the killing of a leading Iranian dissident 16 years ago.

Ali Fallahian is charged with masterminding the assassination of Kazem Rajavi, a renowned human rights advocate, near Geneva in April 1990.

According to a report in Lausanne-based newspaper Le Matin Dimanche, the international arrest warrant was issued by Swiss investigating magistrate Jacques Antenen on March 20.

It called on law enforcement agencies to arrest Fallahian – who for years headed Iran's Ministry of Intelligence and Security (MOIS) and is currently a security advisor to Supreme Leader Ayatollah Khamenei – and transfer him to the Canton Vaud Prison in Lausanne.

The Swiss foreign ministry confirmed on Sunday that the warrant had been issued.

"The Iranian authorities have yet to react to [it]," said spokesman Lars Knuchel, adding that the shooting had been a source of discussion between Bern and the Iranian capital Tehran since 1990.

Kazem Rajavi, then the representative of the opposition National Council of Resistance of Iran (NCRI) in Switzerland, was gunned down in broad daylight by several MOIS agents on April 24, 1990 as he was driving to his home in Coppet, a village near Geneva.

Two of the hitmen were later discovered in France and arrested by French police.

But despite a warrant for their arrest by the Swiss authorities, the French government put them on a direct flight to Tehran "for reasons of the state". This drew international condemnation, including from the United States.

The NCRI charged that Ayatollah Khamenei and former President Rafsanjani were also "directly involved" in ordering the assassination and should be issued international arrest warrants as well.

"Thirteen persons were involved in planning and carrying out the murder," Antenen said. "All of them had service passports, marked 'on assignment'. A number of those documents had been issued on the same day in Tehran."

The Iranian authorities have always denied any involvement in the attack.

Shortly after his appointment, he resigned in protest against the "repressive policies and terrorist activities of the ruling clerics in Iran".

He then intensified his campaign against mass executions, arbitrary arrests and torture carried out by Iran's theocratic leadership.

Iranian exiles say the MOIS continues to have a heavy presence in Europe and has stepped up intelligence-gathering operations against Iranian dissidents since hard-liner Mahmoud Ahmadinejad took office as president in June 2005.

Stéphane Rajavi, Kazem's son, has put constant pressure on the Vaud authorities to issue an international arrest warrant against Fallahian, as Germany did ten years ago.

In 1996 a court in Berlin implicated Fallahian, Khamenei, Rafsanjani and the then Iranian Foreign Minister Ali Akbar Velayati in masterminding the 1992 killing of four Kurdish dissidents in a Berlin restaurant.

Investigating magistrate Jacques Antenen took over the Rajavi case in 1997 after the retirement of Roland Châtelain.

Châtelain thought Tehran was responsible for Rajavi's murder in 1990 but lacked the evidence to finger Fallahian.

He also said Switzerland did not pursue the arrest due to fear of reprisals by Iran.

Kazem Rajavi was granted political asylum in Switzerland in 1981.

April 24, 1990: Kazem Rajavi is murdered by several Iranian agents on his way to his home in Coppet, near Geneva.
1992: Two suspects are arrested in Paris, but the French authorities let them get away.
1997: Investigating magistrate Roland Châtelain retires and hands over to Jacques Antenen.
2005: Geneva honours Kazem Rajavi with a plaque on a building where he had lived by the lake.
2006: Antenen issues an international arrest warrant for Fallahian. 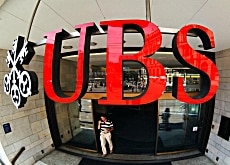 Switzerland's largest bank, UBS, has confirmed that it is ceasing all operations in Iran. On Sunday UBS corroborated a report in the ... 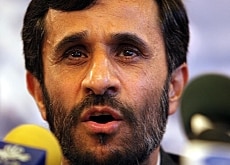 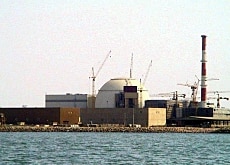 A former top official at the International Atomic Energy Agency (IAEA), Bruno Pellaud, says the West will have to change its strategy to curb ...