Swiss Re said on Wednesday that a New York appeals court had ruled in its favour in a compensation dispute with the leaseholder of the World Trade Center (WTC).

It said the court had confirmed that the destruction of the WTC in the September 11, 2001 terrorist attacks was a single event and not a double one as the leaseholder claimed. The ruling ends a long legal battle.

In a statement, the Zurich-based reinsurance giant said that the court upheld the original jury verdict of 2004 in favour of Swiss Re.

It said that leaseholder Larry Silverstein's two-occurrence claim against the company – meaning that he might have been able to collect twice on the policy - had given rise to "five years of protracted litigation".

"As it has since the days following 9/11, Swiss Re will continue to honour its contractual obligations under the terms of coverage it agreed to provide before 9/11."

Swiss Re said the decision meant that the company's payment obligation could not exceed Swiss Re's 25 per cent share of the $3.5 billion (SFr4.45 billion) loss limit coverage that Silverstein purchased.

In 2004 New York court found that the company's liability was limited to $877 million after the jury backed the firm's interpretation of the insurance policy that the destruction of the Twin Towers was one event, rather than two.

The company was one of the most exposed of the insurers of the WTC as it underwrote 22 per cent of the insurance.

The WTC insurers, led by Swiss Re, have been embroiled in a lengthy and acrimonious battle with Silverstein over the small print of the insurance policy, which was still being ironed out when the attacks took place.

The original policy drawn up by the leaseholder's broker, Willis, defined the destruction of the lower Manhattan landmark as one insured event.

But a second policy from Travelers insurers, drawn up some weeks later, did not make clear whether the felling of the Twin Towers would constitute one or two insured events.

Silverstein had argued that the second contract should apply, which meant he could potentially collect twice on the policy. The insurers – led by Swiss Re – had insisted on sticking to the terms of the original agreement.

Silverstein has since outlined an ambitious project to redevelop the site. Both he and city officials said they would need at least $7 billion in insurance money to proceed with the plans.

In 2004 New York court found Swiss Re's liability for the destruction of the WTC was limited to $877 million after the jury backed the firm's interpretation of the insurance policy.

An appeals court on Wednesday confirmed that the destruction of the WTC in the September 11, 2001 terrorist attacks was a single insured event. The leaseholder had claimed it was a double event.

The World Trade Center was insured for $3.5 billion.

More than 2,700 people were killed when two planes crashed into the Twin Towers on September 11, 2001. 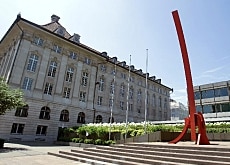 Swiss Re fortifies its presence in Britain

Swiss Re said on Friday it had agreed to buy the GE Life business of US conglomerate General Electric for £465 million (SFr1.1 billion) in cash. ... 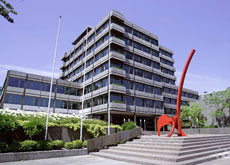 Swiss Re profits from fewer claims

The Swiss Reinsurance Company has reported a 16 per cent rise in first-half net profit, driven by fewer claims linked to natural disasters and ... 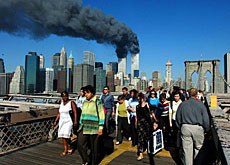 Swiss Re’s liability for the World Trade Center (WTC) is to be limited to $877 million, after a jury backed the firm’s interpretation of the ...